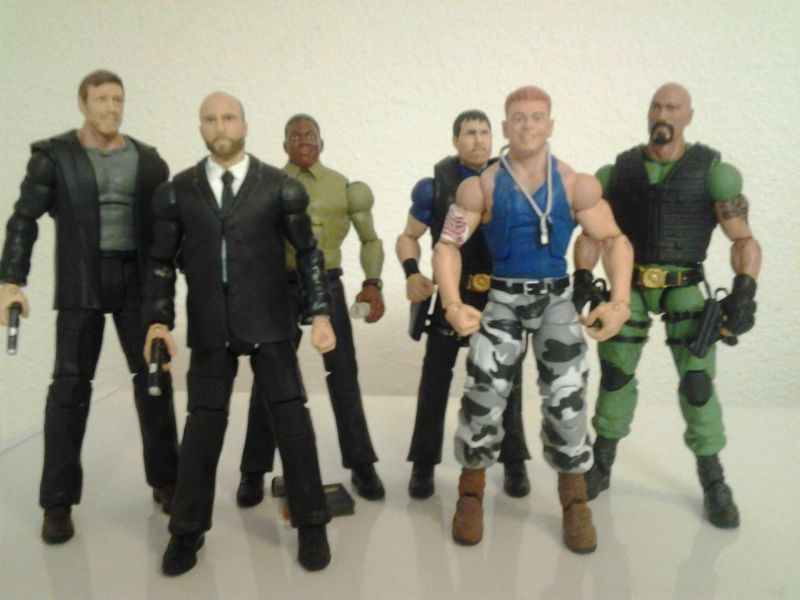 Coming this fall to Cartoon Network is a new series where your favorite action heroes team up to fight evil! Mattel is proud to announce that we will be doing a toyline to celebrate this!

Also included in the group is Letty from The Fast and the Furious, but she doesn’t get an action figure, because eww girls.

Entry by: Death Weed at the Fwoosh

All were painted with Apple Barrel paints. Unless otherwise stated, all parts came from Mattel WWE figures.