BlueLine Edition Batman and Krypto Plush will be available at SDCC 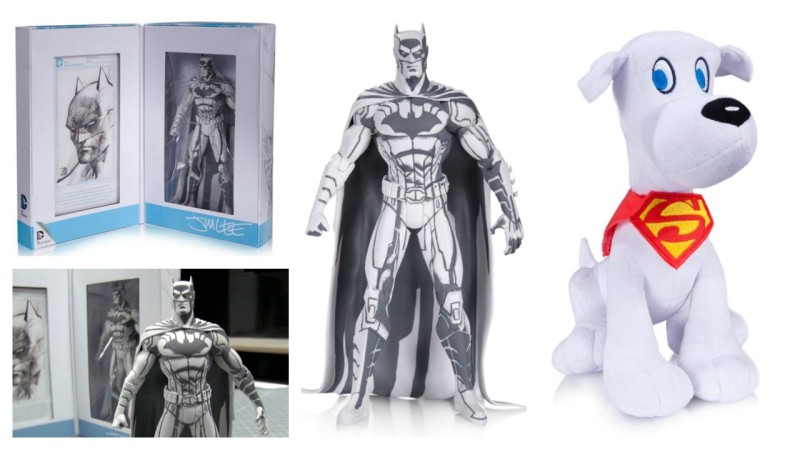 DC Collectibles announced two exclusives for San Diego Comic-Con via USA Today. For action figure fans, Jim Lee debuted a “BlueLine Edition” Batman, which he designed with a unique pencil deco. There will be two versions of the figure. The standard version ($40) will come with a Jim Lee Batman print on blueline paper. The limited version will be a run of 150 pieces and will feature a signed unique sketch from Lee. There’ll be fifty each of Batman, Harley Quinn, and the Joker – those will run you $300 each at the show and will likely go Bat-sh*t crazy in the after-market.

The second exclusive is a much more budget-friendly plush Krypto, for $9.99. Krypto is part of the 6-inch DC Super Pets plush line, which also includes Dex-Starr, Hoppy, and Streaky. I’m disappointed there’s no Ace the Bat-Hound yet.