Sideshow Collectibles has revealed the next character to join a line I’m really looking forward to – their 1/6 scale comics-based Marvel line. The Punisher is the third character revealed. We saw Deadpool and Wolverine at SDCC last year, and the Punisher will join them at the show this year.

It’s been a slow burn while the line ramps up. You can pre-order the Marvel Deadpool Sixth Scale Figure now, but Wolverine is still in preview mode. I’m hoping there’s even more in store in San Diego. 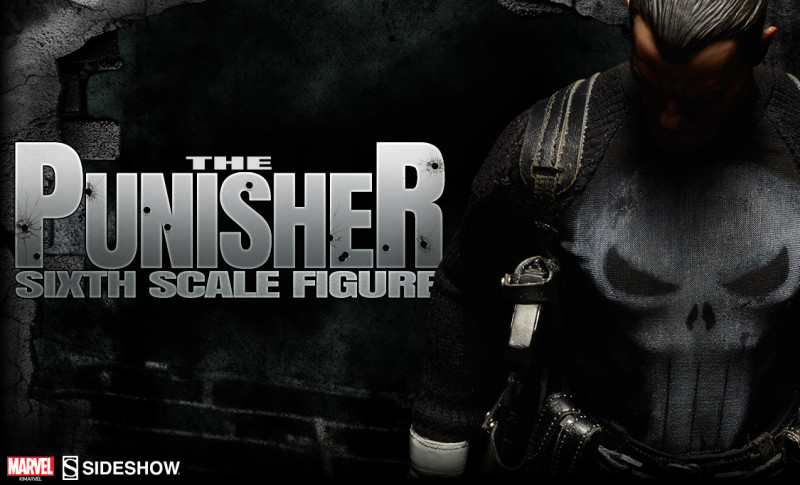 After his family was killed by the mob, Frank Castle became known as The Punisher!  As a vigilante, he takes justice into his own by any violent means necessary.  Sideshow’s The Punisher Figure is part of the brand new Marvel Sixth Scale Figure line and is coming soon for fans of this unconventional Marvel hero!  Be sure to sign up above for updates on this figure, hose attending Comic-Con in San Diego July 8 – 12, 2015 can see this figure in person!