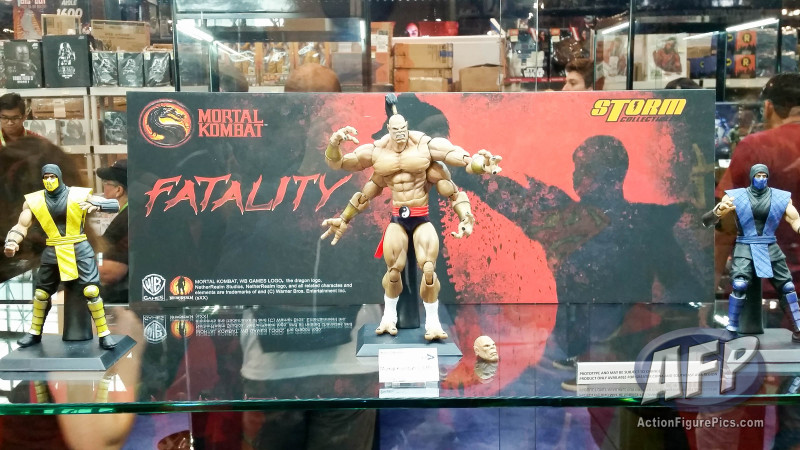 For old school Mortal Kombat fans that haven’t been satisfied with previous MK action figure lines, help may (or may not) be on the way. I happened upon this display of 1/12 scale figures from Storm Collectibles featuring Scorpion, Goro, and Sub-Zero. The figures show great promise, with great sculpts and super-articulation (the ninjas have a well-hidden ab joint in there). I’m not sure if this was part of the construction of the prototypes, or if it’s a problem with the sculpts, but the masks on both ninjas were slightly misaligned.

But… these may not make it to the States, probably due to licensing conflicts. If that’s the case, it will hit our wallets pretty hard to fill that Mortal Kombat void with imports. Hopefully the line is viable, though, and produces the entire roster of characters.