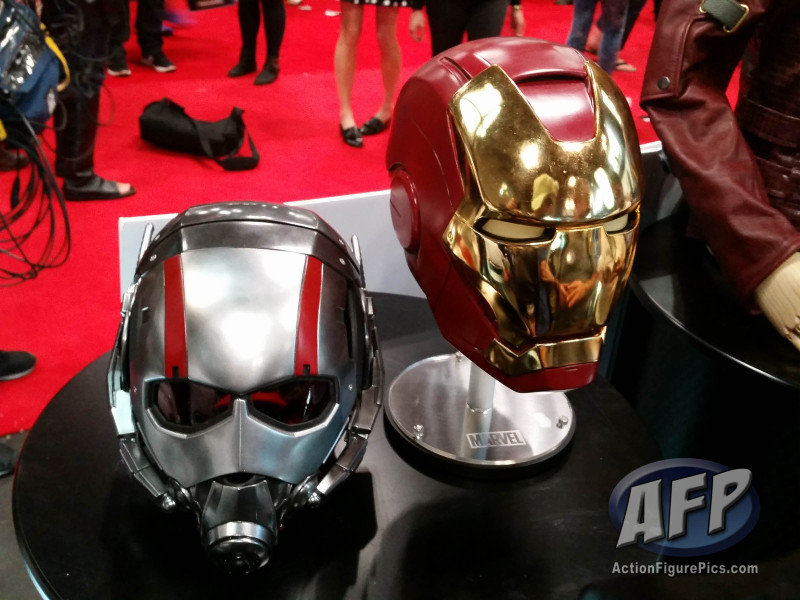 A couple of years ago I picked up a SHIELD ID badge and ID card from EFX, so I was pleased to see what they’ve got in store for fans of the Marvel Cinematic Universe. While all are extremely cool, there are some that fall out of my price range, like the replica helmets for Ant-Man, Iron Man, Loki, and Star Lord from Guardians of the Galaxy. (I try to convince myself I don’t have space for them anyways.)

They have more space (and cost) friendly items as well. Among those are the Containment Device and Orb used to carry and conceal the Power Infinity Stone. It uses Star Lord’s Gravity mine as a stand, but when opened, I was a little disappointed but greatly relieved not to see the Power Stone in there. EFX also has a 2-pack of Agent Phil Coulson’s Captain America cards – one set is near mint, while the other is gruesomely bloodied. To top it off, they had a portable power bank in the form of Tony Stark’s Iron Man Mark V suitcase, but smaller, of course.