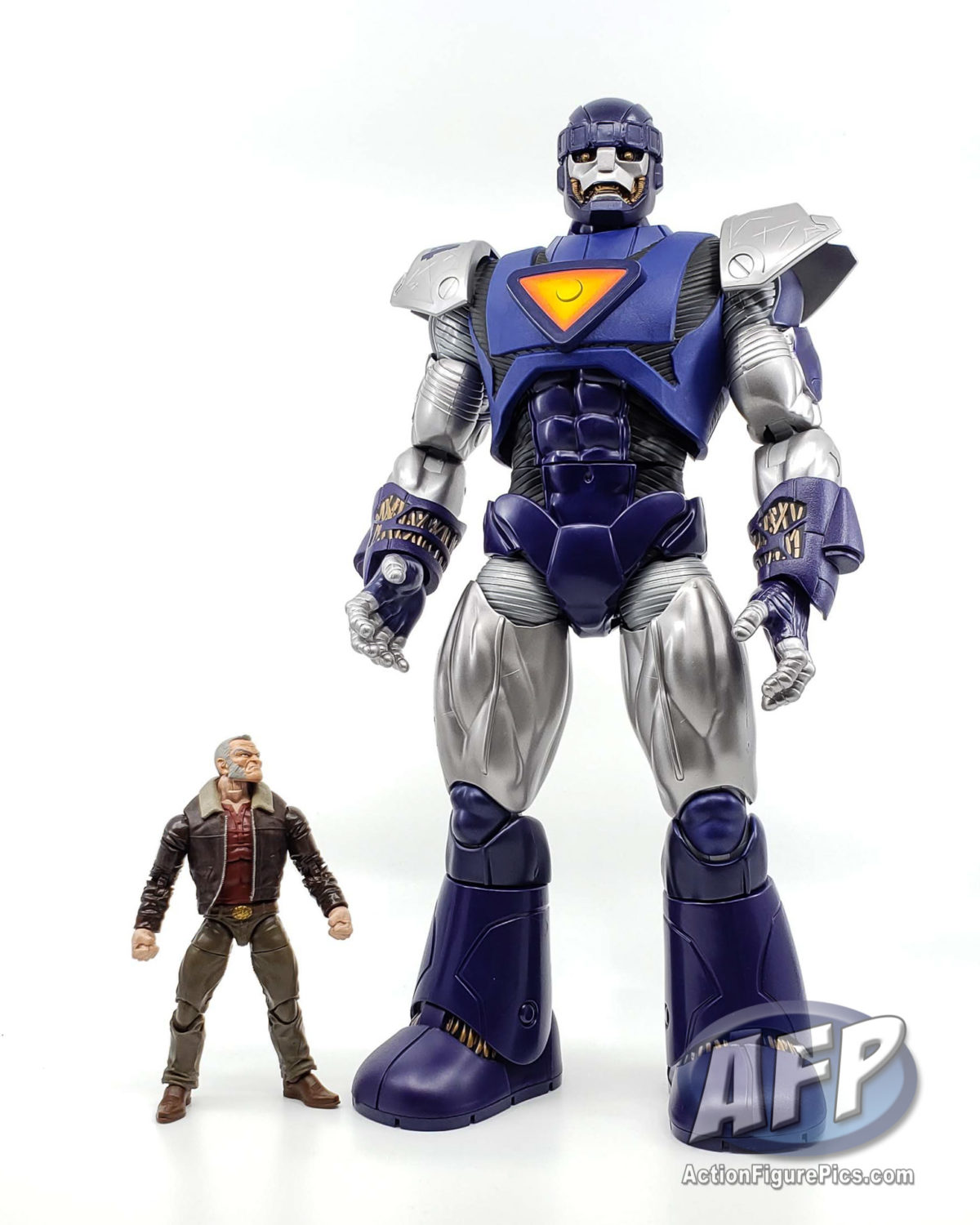 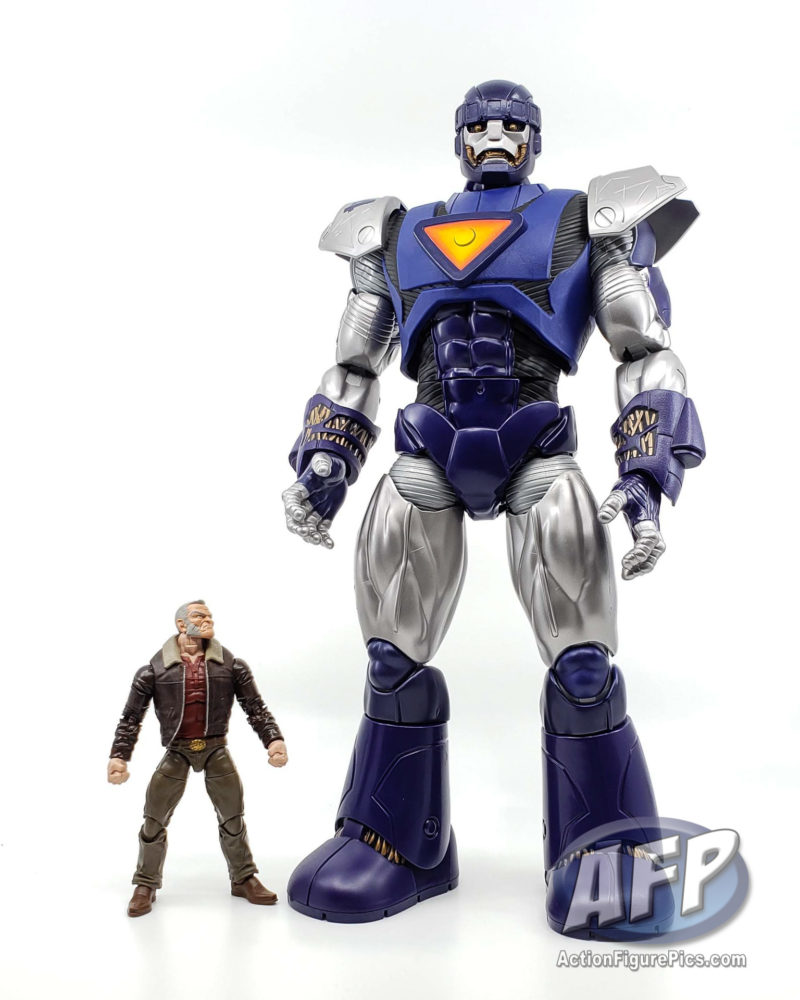 If you’re wondering about the Amazon-exclusive Days of Future Past Marvel Legends Sentinel and Wolverine 2-pack, here’s a size comparison of the recent Marvel Legends Old Man Logan with the original Marvel Universe Masterworks Sentinel. It was originally released in 2011 packed with a 3.75-inch Wolverine.

The set is not up for pre-order yet on Amazon, but keep this link handy to check for it easily:

The Sentinel has got an impressive amount of articulation:

The Masterworks Sentinel also features a button-activated voice chip, with a few robotic sound bites. Although I didn’t hear confirmation that the Legends reissue will have it, the promotional shot of the new packaging reveals a cut out for the button, so prospective buyers can try it. The Hasbro booth sample had the button too.