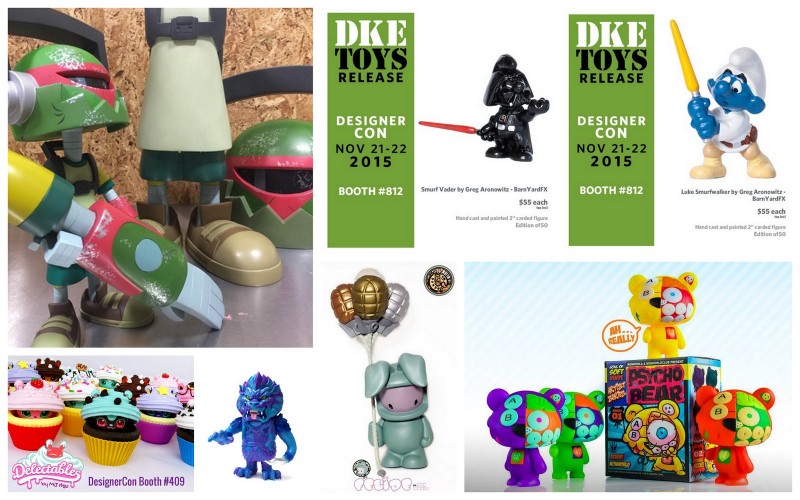 Designer Con 2015 is this weekend (Nov  21 -22) in Pasadena. The theme of this year’s Designer Con pop art fair is “Back to the 80s” and will feature an exhibition of the private Back to the Future art collection of founder Ben Goretsky.

As you would expect, there will be a slew of designer toy exclusives at DCON.

END_OF_DOCUMENT_TOKEN_TO_BE_REPLACED

In case you haven’t had a reason to purchase a new Labbit vinyl in a while… Frank Kozik and KidRobot have provided an excuse: a brand new Guardians of the Galaxy Rocket Raccoon, in 7″ Labbit form! He’s pretty cute in fiery red, plus he has an adjustable faux fur tail to boot! 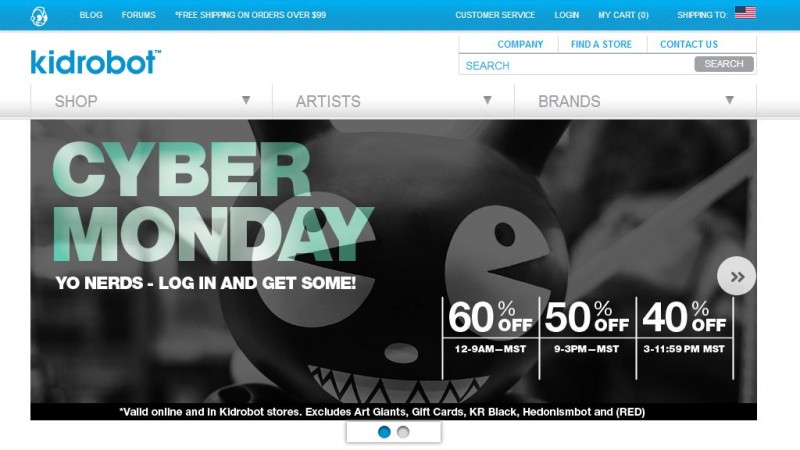 Kidrobot has got a great sale going on for Cyber Monday. Practically everything is on sale, and started at 60% off in the wee hours. It’ll be 50% off until 2PM PST, and then 40% off until 11PM PST.

My wife’s infatuation with blind boxed figures is starting to rub off on me. I’m a little obsessed with Frank Kozik’s collaboration with Marvel – mini Labbits fashioned after Marvel’s heroes, anti-heroes, and villains. It’s certainly an interesting character selection for the first series. While I was there, I also picked up some Travis Cain BFFs for the missus – those are her current obsession. 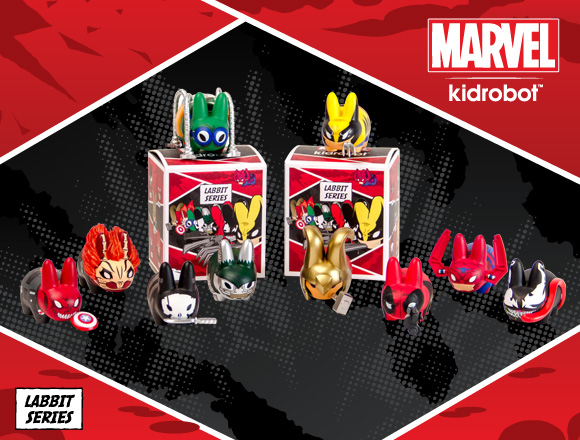 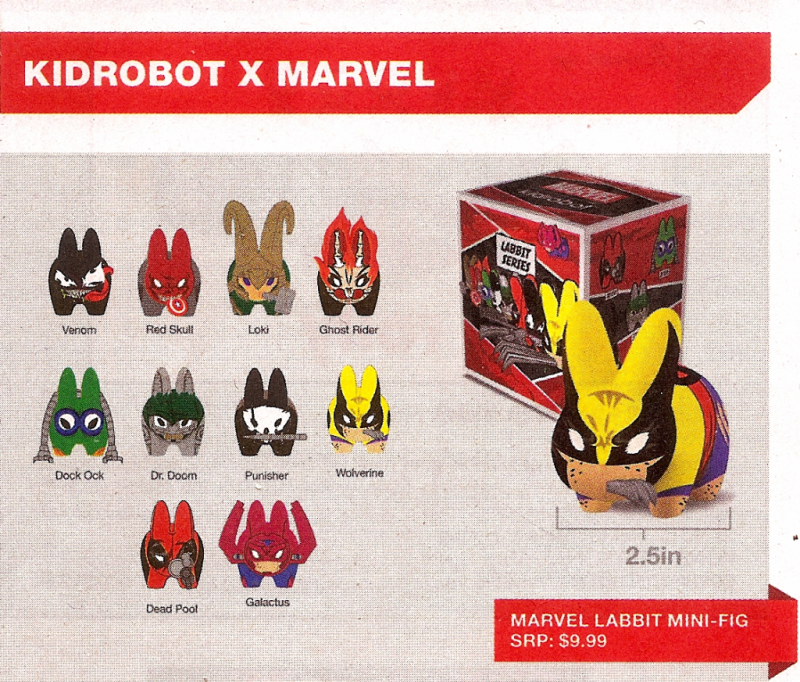 While we’re on the subject of designer urban vinyl toys, here’s an update on the Marvel Mini Labbits from artist Frank Kozik that are being produced by Kidrobot. They are being released on September 12th, and will feature an assortment of ten characters in blind boxed packaging, for $9.99 each. I don’t know if Kozik is a big Marvel fan, but his picks for characters are unique enough (read: not just the top 10 Marvel characters) to make me think he is. In addition to miniaturizing Venom and Wolverine, Kozik has included the Red Skull, Loki, Ghost Rider, Doctor Octopus, Doctor Doom, the Punisher, Deadpool, and Galactus in this assortment. Gotta love the villains and anti-heroes!

In addition Kozik will be touring the Kidrobot stores to promote the Kidrobot / Marvel collaboration. If you can’t make it to one of their retail locations, you can still get the Marvel Mini Labbits at Kidrobot – at least after September 12th.