As if Masters of the Universe Classics Princess Adora, Battle Armor He-Man, and Beast Man weren’t enough to put a dent in my toy collecting budget, Mattel reminds us on their Facebook page that Harvey Dent from The Dark Knight and Doc from Cars will also be for sale on January 15.  Dent and dent?  That was unintentionally punny.

Mattycollector.com Next sale is January 15th! Princess Adora, Battle Armor He-Man & Beast Man are coming up Friday, 1/15 at Noon ET/9am PT. Harvey Dent and 1:24 scale Doc will be on sale, too, but they aren’t shown in this news story.

Now that the Batman Movie Masters figures have come down in price to $15 from $20, they’re back on my radar.  The only thing nagging at me is how much these will be when they come out in retail in a couple of months.  Bonus – the closeup picture isn’t featured on the sales page. 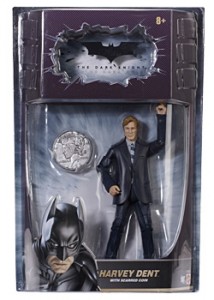 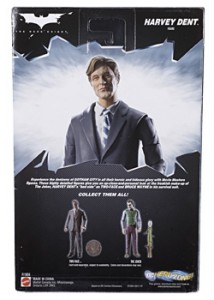 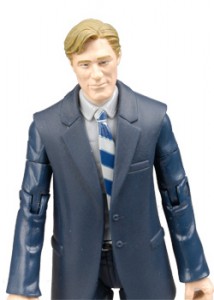 Before Two-Face, there was only Harvey Dent, idealistic district attorney for Gotham City. This fully-articulated Movie Masters™ figure portrays good-hearted Harvey in the smash film The Dark Knight. Sculpted in film-accurate detail by the Four Horseman, he arrives with a real die-cast lucky coin for you to flip!

I’ll admit it – even though I got a very nice collection of Hot Wheels as hand me downs from my big brother, I haven’t had the urge to start collecting again.  But I do know there’s a huge number of fans out there, so I’m wondering why the die cast 1:24 Lightning McQueen and Mater are still available.  Maybe Hot Wheels guys are really only into the 1:64 scale, and these are kind of pricey at $45 each, but every kid I know (as well as a lot of adults) loved the movie.

The epitome of the strong, silent type, the mysterious Doc Hudson has a hidden history few know. Joining our collection of 1:24 scale, highly-detailed die-cast vehicles from the smash hit film Cars, Doc arrives on synthetic rubber tires with tread pattern on them, and is mounted on a special plastic display base. Doc’s past may be a secret, but there’s one thing we know for sure… every Cars fan will want Doc and the rest of the characters in the collection — but you can only find them here at MattyCollector.com! 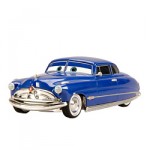 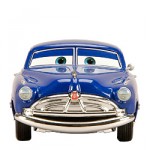 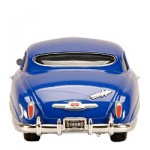 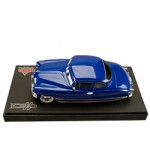 Doc Hudson is a car of few words, but many talents. He not only serves as the Town Judge, he’s also Radiator Springs’ resident Doctor. Doc is respected and admired by the townsfolk for the way he looks out for their health and tends to their aches and pains. No one knows too much about Doc before he came to town. He keeps his private life private, but if you’ve got a bad spark plug or a rattle in your engine, his door is always open.