We got our first look at the Legends line, coming out this fall.  I am particularly psyched that the prototypes on hand featured the Elite articulation, including ab crunches and ball-jointed hips.  Painted prototypes for Dusty Rhodes, Stone Cold Steve Austin, Sgt. Slaughter, and Animal and Hawk from the Road Warriors were on display.

Mattel also displayed current and upcoming figures from each of the existing WWE lines. 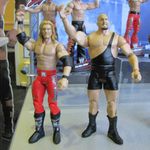 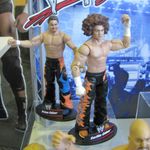 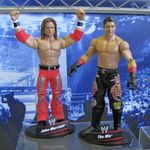 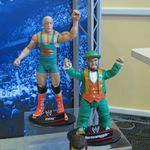 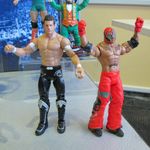 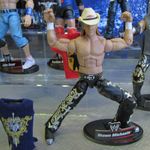 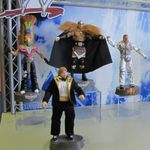 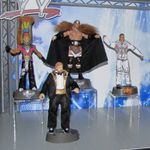