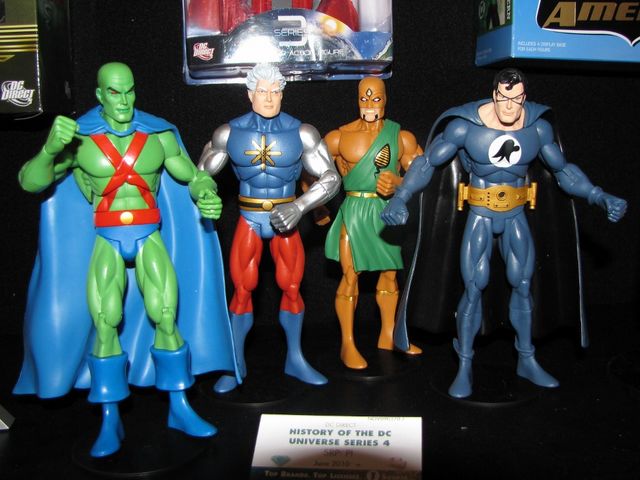 Jim Fletcher was kind enough to give us a tour of the DC Direct showroom today.  For this update, I’ll focus on the action figure products, or what I think of as Blackest Night and “everything else.”  I’ll be sure to post pictures of the other products, mostly statues and busts, within the next few days. 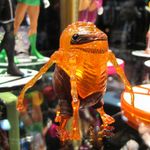 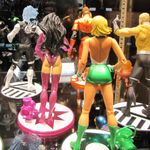 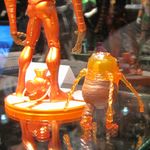 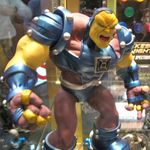 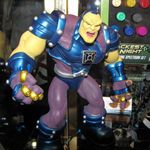 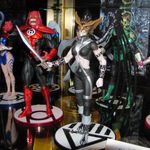 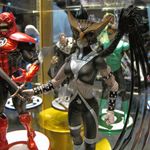 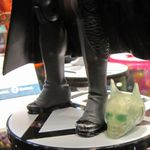 In case you’ve been living under a rock, Blackest Night is the hottest comic event to come out of DC since, well, probably since before I started reading comics.  And DC Direct has latched onto this story like a Black Lantern ring latches onto a dead super hero.  I’m not sure the last time we got multiple Wonder Women in a line (here as a Black Lantern and also as a Star Sapphire deputy) since she had her own action figure line – probably never.  The real test is coming up soon – one of the waves is a Black Lantern-only wave, and this is the first time DCD has released a wave of action figures that didn’t have a hero in it.

A strong partnership with the publishing arm of the business as well as Geoff Johns has made this line timely, and I imagine we’ll continue to get characters from the story as long as people are collecting them. 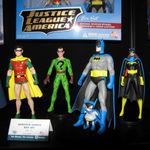 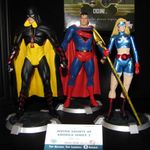 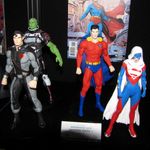 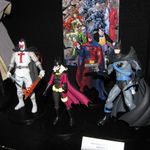 It’s really not fair to lump these into a category, but DCD is all about being opportunistic with comic tie-ins as well as leveraging evergreen lines.  In the former category, we’ve got New Krypton and Battle for the Cowl figures, and in the other category, History of the DC Universe, the refuse to die Alex Ross-styled figures, and the never-ending McGuinness- styled figures.

DCD is also leveraging existing tools to bring us new one-off lines of figures.  For example, with the DC Universe Origin figures that pair modern figures with their classic counterparts, DCD is using existing figures with either new heads, new metallic paint schemes, or some combination thereof.

One other area DCD is pursuing is video game licensed figures.  Mass Effect figures are coming, as are Dragon Age and Starcraft figures – most of these were still early on and not photographable.  You’ll see when we post the statues and busts that they’ve got an Arkham Asylum Batman in the Black and White series.  We asked both Jim Fletcher and Georg Brewer about the possibility for  Arkham Asylum action figures.  There was so much winking and nodding that I felt the urge to blurt out “say no more, say no more” in my best English accent.

That wraps us up on action figures for DCD.  I’ve got a ton of pictures of Statues and Busts, but those will have to wait until later in the week.  Thanks for reading!