We met with Chris Myers of Diamond Select Toys yesterday and got a rundown on the upcoming toy lines, both licensed and original.  We’ll focus here on their Marvel properties. 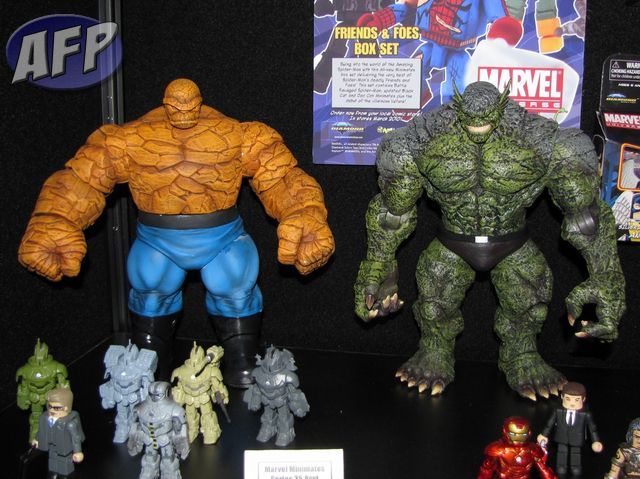 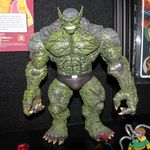 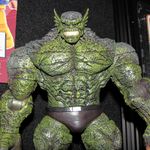 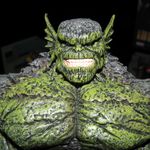 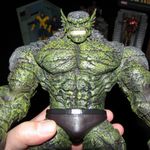 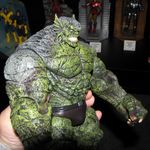 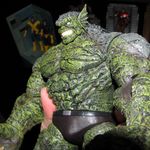 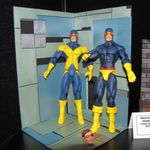 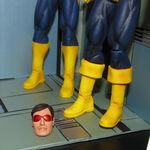 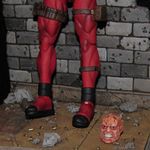 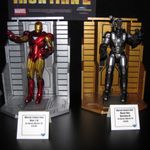 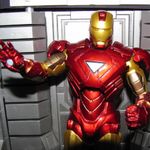 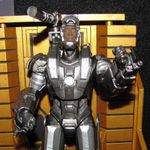 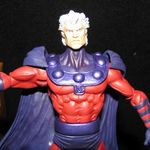 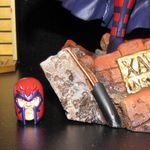 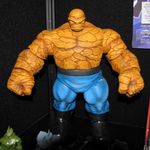 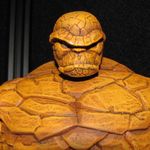 I’ve always thought DST could make a killing just making over-sized figures as companions for the 6-inch Marvel Legends line.  Abomination is a great example of this.  The figure pictured here is a production sample and he’s on the water, so he’ll be coming to shelves near you soon.  Lots of people have been curious as to how big he’ll be compared to the Thing.  And although the Thing in the showroom is a painted prototype, DST told us that the production figure will be the same size.  My understanding is that there’s a 5% shrinkage from prototype to production, so even if there’s some reduction in size, the two will be comparable.

DST is continuing to make popular characters that aren’t over-sized, so they obviously know something I don’t.  And, with Marvel Legends on a very reduced production schedule, I think they’re starting to pick up former Legends-only collectors looking for something bigger than the Hasbro Marvel Universe offerings.  Magneto is the new reveal for the show, coming with a destroyed X-Mansion base and alternate heads.

And speaking of alternate heads, Cyke and Deadpool both come with alternates too.  In Cyke’s case, only the main variant will have it – the X-Factor Cyke won’t come with it.  With Iron Man and War Machine, the faceplates are not on a hinge – they are removable and clip on top of their heads via two small peg holes.

In Minimates, DST and Art Asylum are leveraging the sure-to-be-a-blockbuster Iron Man 2 movie with a few upcoming Iron Man-themed waves.  The military drones will be sold in single packs, and the movie and comic series will ship as regular 2-packs.  As a comics fan, I’m really psyched about the comic series.  Stilt-man – are you kidding me?  Two versions of the Mandarin, Crimson Dynamo, and a Dreadnought -the army builder for the wave.

DST wouldn’t allow us to take pictures of these 19-inch figures with a combination of plastic and soft goods, because they are still in the early prototype stage.  They are leveraging what they’ve learned about the line in their Star Wars UQS offerings.  Unlike the Star Wars figures, the Marvel UQS will not feature voice chips – that will help bring in the price by about $20.

Deadpool will be the first offering, around San Diego Comic-Con.  DST also showed Captain America.  They’ll probably feature interchangeable heads, since getting cloth masks to work in any scale is pretty tough.  The Steve Rogers head and the Deadpool heads shown were all very nice looking (no Cap masked head was shown), but I think they’ll need to work on the bodies to get them into more superheroic proportions.  They work well for the likes of Han Solo, but not so much for Captain America.  DST says they’re working on this.  We’ll look to get pics as they become available.

That’s a wrap for the DST Marvel update.  We’ll get to putting up more DST pics from their other properties through the week.  Thanks for reading!