Mattel has posted a couple of DC Universe Classics updates on the MattyCollector.com Facebook page. First, a quick update on the modern Cheetah variant for DC Universe Classics 13. The deco has been revised to add a black top and black leggings to represent her most recent look. For posterity, I included the original 2-up prototype shot on the right. 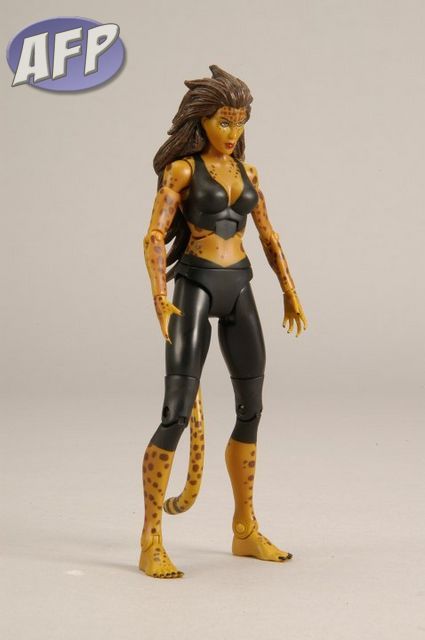 Here is the final version of Modern Cheetah. We do have plans for the all animal skin version, but not in Wave 13. Stay tuned!

Mattel also posted pics of the Wal-Mart exclusive wave 14. Although I knew Zatanna’s hat was removable, I hadn’t seen a pic with her hat off.

All of this had been on display at Mattel’s collector event at Toy Fair – check out lots more pics of all these figures at our Toy Fair 2010 – Mattel DC Universe Classics Update.