A couple of months back, we posted a guest review from MatthewK of the World War Robot Portable Winter Bramble. Matt and some other friends had been telling me about this great line of vinyl toys from Ashley Wood, and I knew it was a matter of time before I’d cave in. Problem was, by the time that happened, the Brambles were only available on the secondary market, going for 3 times the original retail price or higher.

So when I was pointed to an online store where the going price was only double what I would have paid if I had only listened to reason back then, I decided to jump on the bandwagon and picked up two Brambles, the Euro and the Merc.

Not having seen any 3A toys in person before, I wasn’t sure what to expect in terms of packaging. I was surprised to see that both figures came in identical boxes and shrinkwrapped. The only thing that distinguished them were colored dots stuck on the shrinkwrap, green for the Merc and orange for the Euro. I wonder if that’s led to people ending up with a version of the figure they didn’t expect. 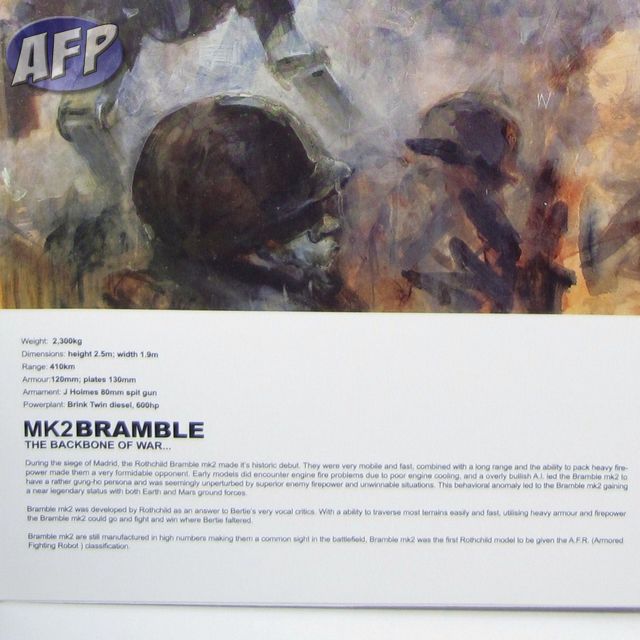 Once you remove the shrinkwrap, there’s a panel flap that opens up to reveal a picture window displaying the figure. On the inside of the flap is art from Ashley Wood’s World War Robot, and a nice description of the Bramble and its place in the war. As I was previously uninitiated, this was enough to whet my appetite even more, so I ended up picking up a hardcover of the Complete World War Robot 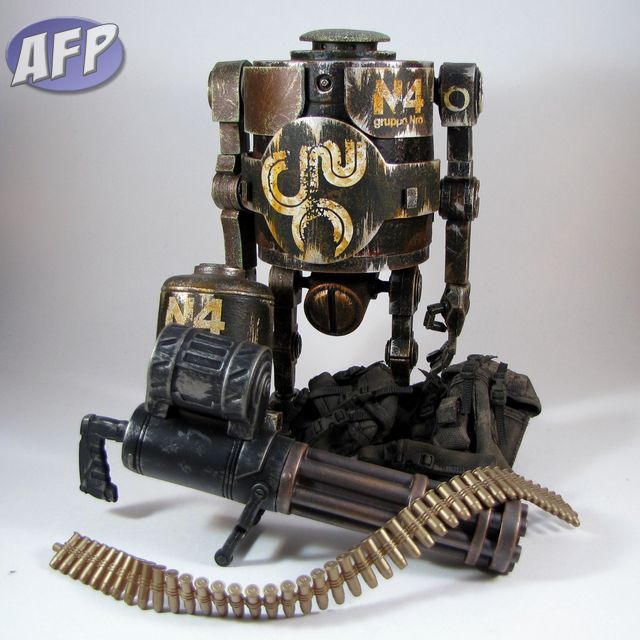 Like most of the Brambles, the Merc packs a huge Gatling gun with ammo, an ammo dispensing cannister, and four pouches. The Merc has a great dark and distressed color scheme which is also applied to the accessories, giving the figure a unique feel even though it shares parts with most of the other Brambles. Even the pouches, which hang by tiny straps to hooks on the figure’s torso, are heavily dyed to match, and they have a gritty feel and scent befitting a battle-worn robot.

If I have one complaint about the figure, it’s with the ammunition – it’s just too clean compared to the rest of the figure and accessories, and I wanted it to be just a little bit longer to allow for more flexibility positioning the gun. 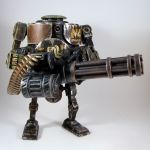 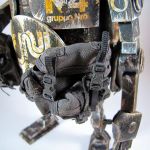 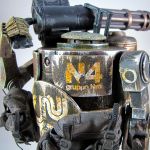 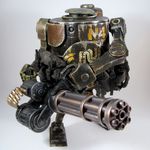 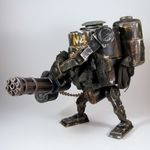 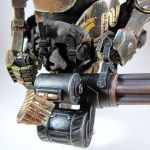 As a fan of articulation, I went nuts over the hands in particular. Each finger is separately articulated with three segments each, so they grip the Gatling’s handles very well. That’s not to say that the rest of the figure isn’t impressively articulated – there aren’t many super-posable figures that have the range of motion in the arms to be able to hold that gun in as many varied positions.

The legs don’t get quite as much range as the arms, so don’t expect to get the Merc into sprinting poses. What you do get with the legs, though, are nice sturdy poses so your Bramble won’t be falling over any time soon. 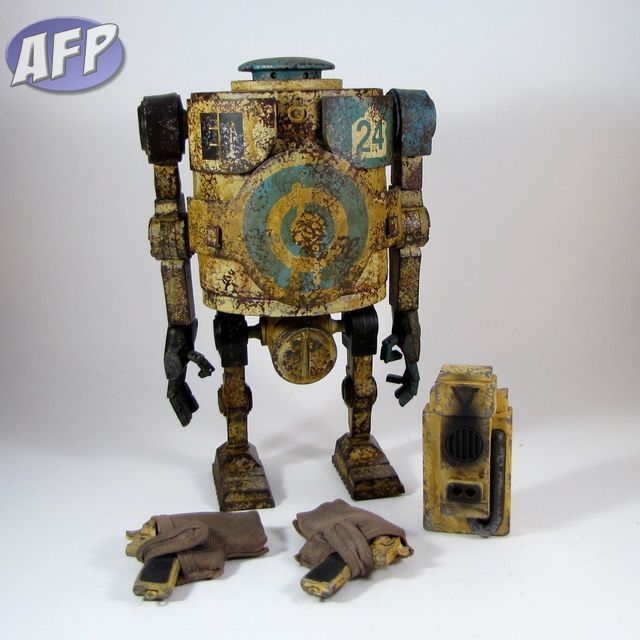 After opening the Merc, I was a little surprised at how few accessories come with the Euro. This is the only Bramble that doesn’t come with a Gatling gun – instead, the Euro gets two revolvers and holsters. Without the Gatling, the cannister gets replaced with a smaller unit to plug into its back. I would have liked to get a couple more pouches – as it is, there’s two hooks still free on this Bramble. 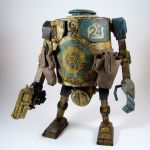 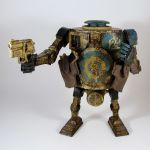 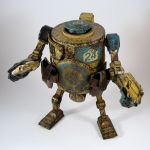 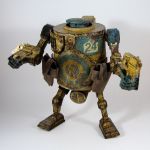 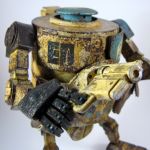 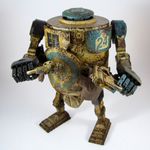 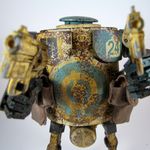 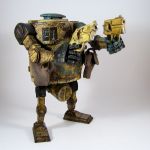 Having two revolvers instead of a Gatling gun lets you explore more poses with the Euro. The hands are even more impressive here, gripping the revolver handle in a most realistic way. And for an extra touch of realism, the barrels on those revolvers spin.

While I prefer the darker color scheme of the Merc, what really stood out to me was that despite the fact that the main figures are identical, the Euro’s paint scheme gives it its own unique look. This is particularly dangerous – you could drop a small fortune to get all the Bramble variants and despite the reuse, I don’t think you’d feel like you had any redundancy in your collection. 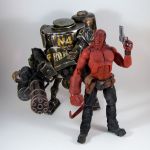 I knew from Matt’s review that these will look really good with the 6-inch Plan B Military figures, but I was glad to see that they’ll work with a variety of toy lines that I collect. They can be mechanical antagonists for superheroes in both the 6-inch and 4-inch varieties, and I really think these work well with Hellboy. I need to pull out my Mezco comic and movie figures to see how they fit in with 7-inchers, but I suspect they’ll be fine.

Overall, these are as impressive as everyone’s been telling me for a while. Now that I’ve dipped my toes in the water, hopefully I can start picking up more WWRP before the prices skyrocket in the aftermarket. 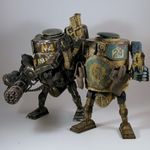 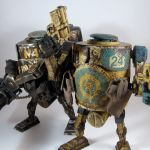 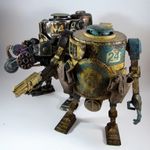 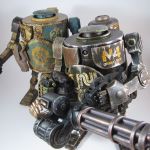