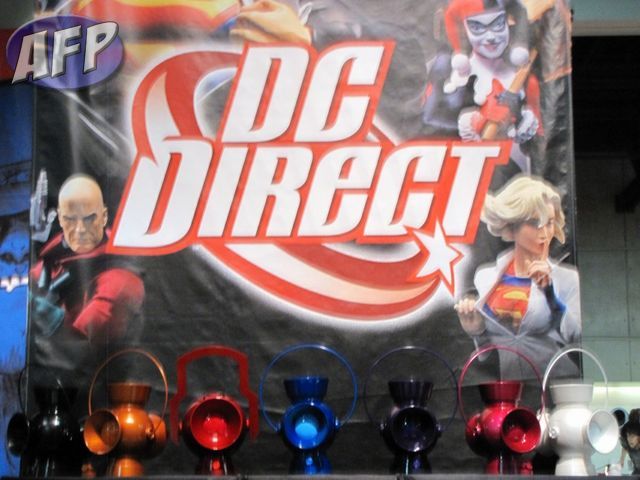 We also hit DC Direct on Preview Night – our focus was mainly on the Batman: Arkham Asylum and Green Lantern-oriented figures. Lanterns will continue to be a strong theme for DCD, and we’ll have to go back to get a look at their non-figure oriented stuff – lots of cool rings and lantern pieces to be had.

But for now, let’s start with the figures, and the line I’ve been itching to see up close. 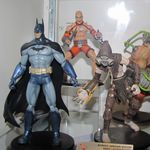 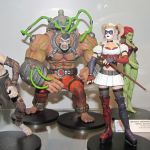 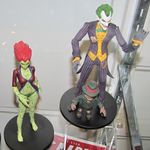 Seeing these up close, I’m really impressed how they leveraged the 3d assets from game development to produce some extremely detailed sculpts. I’m hard pressed to pick a standout here, but I think Harley takes it. The articulation, as you might expect, is limited by today’s super-articulated standards, and both versions of Batman are the low points for me.

I didn’t spend a lot of time looking at these, because after 6 or so waves I felt a little overloaded with temporary lanterns and zombie heroes, but I did want some close-ups of Rage Kitty. It looks awesome, and such a perfect accessory for Red Lantern Mera, considering how much bile was directed at DC Direct for finally producing Mera, but in a throwaway costume.

Speaking of that rage, I wonder how hard the guys at DC Direct were laughing when they first announced the Red Lantern Mera – because there was a great disturbance in the Force, as if millions of voices suddenly cried out in terror and were suddenly silenced. With Brightest Day, they’ve undone the wrong and come to the table with a classic Mera – and she looks good.

Interchangeable heads for Deadman are another highlight, and the Martian Manhunter looks great too. With this line, I think DC Direct is starting to get more competitive again for the iconic representations of our classic DC characters.

That wraps up DCD, at least for Preview Night highlights – they typically unveil more figures as the show goes on, so we’ll be back.