Some of you remember that the DC Universe Classics Legion of Super-Heroes reveal was announced way back in May when Previews provided the solicitation for this issue of ToyFare.

The five LoSH figures gracing the awesome cover were on display at San Diego Comic-Con, but I’m still looking forward to hearing more from Toy Guru and Bill Benecke. 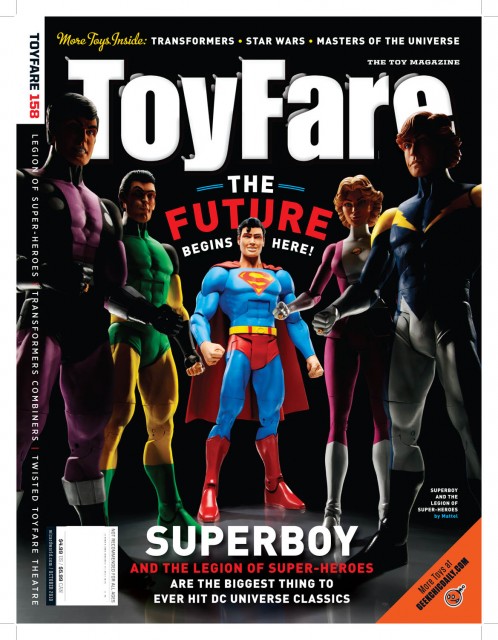 Get excited, people! It’s nearly New ToyFare Day, and here’s what you have to look forward to behind that gorgeous Mattel DC Universe Classics Legion cover…