Fwoosher moldie13 has become known on the boards for his shovel, adventures in the desert, and 3A toys. So I asked him if he would combine these for a photo shoot of the WWRp 8-pack of Armstrongs, which have been reaching those lucky folks who pre-ordered a while back. I’m not going to ask about the lack of shovel.

Big thanks to moldie for these awesome shots and detailed review! 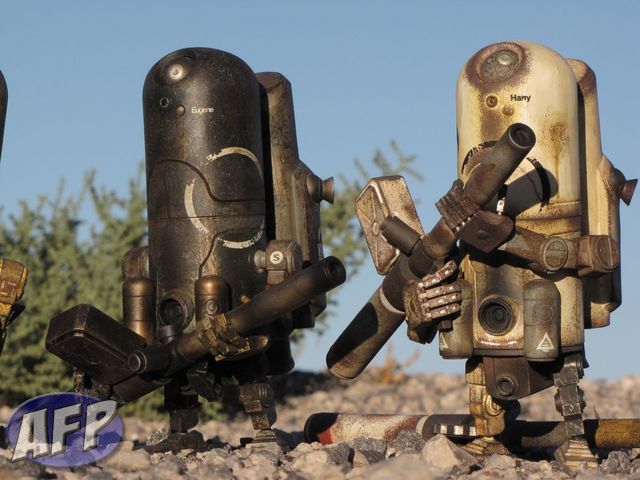 One-twelfth scale heavy-looking chunks of awesome. Sold in sets of eight and four, with a more exclusive three pack tossed out of yet-to-be-seen (though well-known) colorways.

The eight packs landed ahead of the others and feature a broad range of “colorways” (themed designs) that have yet to be seen on the other bot styles. The set includes: 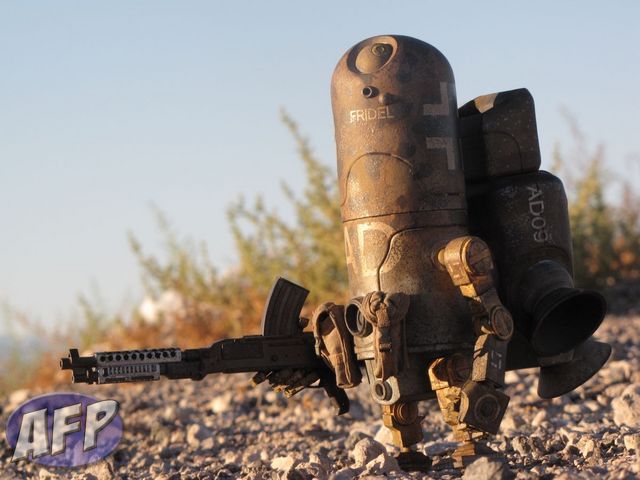 Articulation on these is about standard for what those “in the know” have come to expect from the series, with ball jointed hips, ankles, and wrists, with a newly integrated “double ball” for the shoulders – the San Diego Comic-Con exclusive Toy Tokyo Armstrong lacks this design. This allows greater expressiveness in posing and helps with navigating those bulky cannons into good poses. 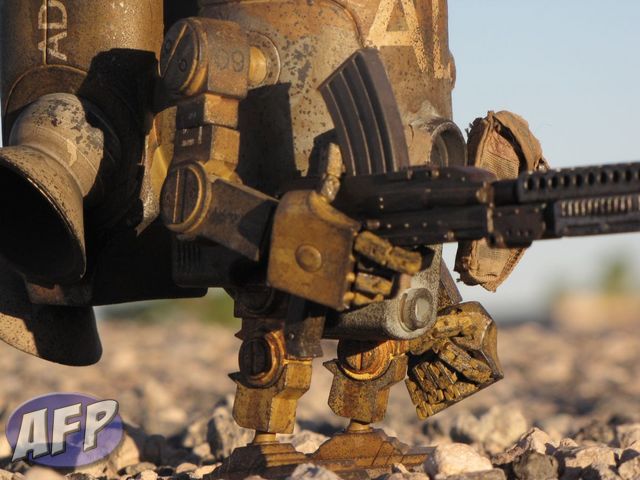 The fingers, all jointed and articulated at the knuckles as a normal human hand (with a bonus joint on the thumb), have more distinct ball sockets at the base knuckle, allowing for more dynamic “holds” and poses. There’s a swivel at what we’ll call the “neck” and straight joints at the elbows and knees. Plus, the “orb” mounted in each bot’s head DOES move, though it tends to be a bit tricky.

Common with the WWR series, each bot comes with fabric pouches with working clasps. The clips on the included rifles are removable. The booster jets on the jetpacks are positionable. 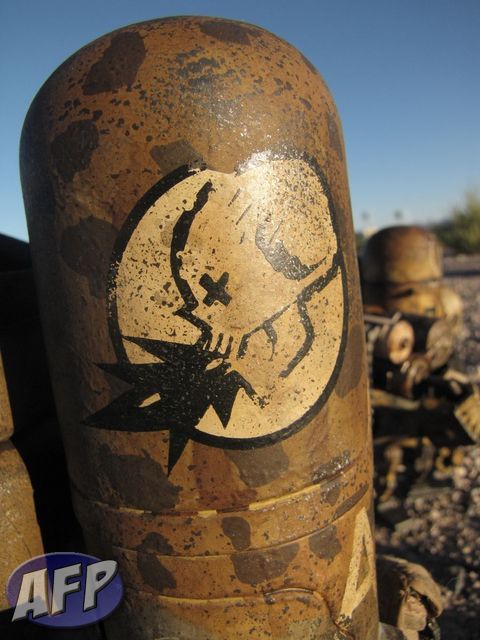 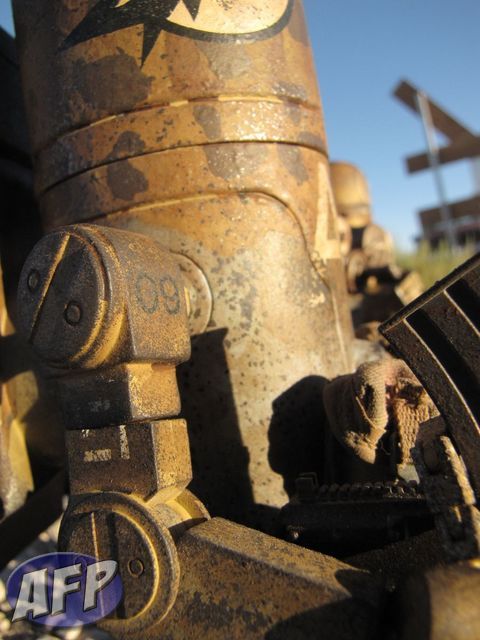 They’re a great addition to the World War Robot collection. They’re not my personal favorite design out of what’s been offered so far, but it’s certainly not for lack of amazing design. It comes down to personal preference. Though this design does present an inherent challenge – the massive jetpacks make it difficult to pose these fellas on uneven surfaces. Photographing them outside in the desert tested my already naturally irritated patience. 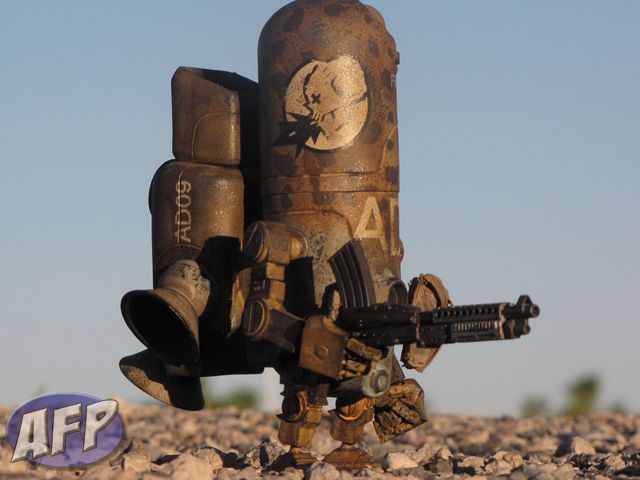 If you’re into the WWR series by ThreeA, a couple of Armstrongs is a no-brainer. You’ll need a few. Of course if you haven’t pre-ordered any, you’d better start hoping they produce a retail series, but expect not to see any of these designs available. Cuddle up to eBay… 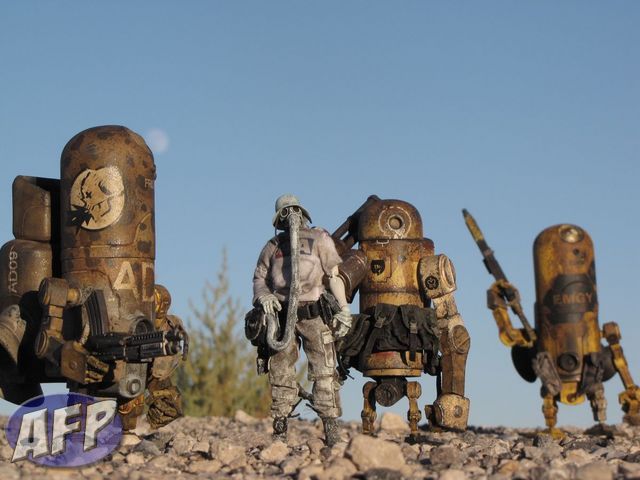 WWRp is the future of six inch-scale toys, folks.