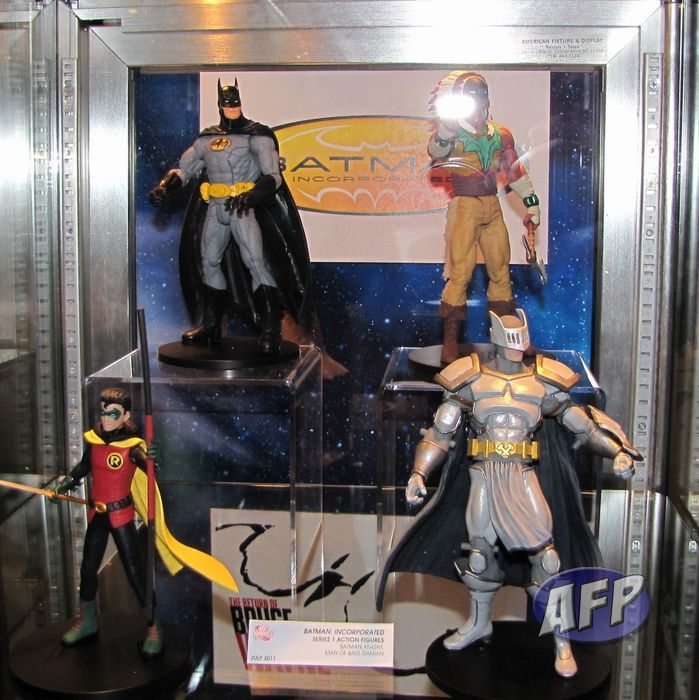 If anyone is concerned about DC Direct after the DC “bi-coastal realignment strategy” announcement, they’re still in the business of making action figures. There was quite a bit of new figures to be seen, including Batman Incorporated (above), new Brightest Day figures, Justice League Classic Icons, and more. 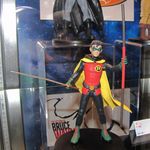 I love what Grant Morrison’s done with Batman. I was skeptical at first about giving Bats a son, but Damian has grown to be one of my favorite characters in the Batman family. Knight looks fantastic, and I am totally psyched for a Chief Man-of-Bats figure. 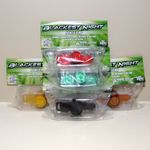 I was presented with the opportunity to get a White Lantern Hal Jordan from the Blackest Night series, a con exclusive figure limited to 3,000 pieces, so he’ll join the White Lantern Sinestro and Black Lantern Hal Jordan from Wonder Con. I also picked up a few of the light-up power rings. These all got shipped home, so it’ll be a few more days before I open one up to try it on.

And of course, we are still expecting Blackest Night figures to be delivered in the coming months before rolling into Brightest Day – I wonder how these will be affected if the rumored line up for DC Universe Classics wave 17 comes to fruition. 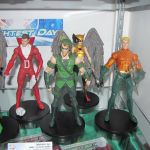 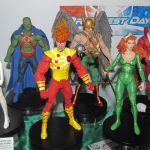 DC Direct showed series 3, which starts including White Lantern versions of Flash, Batman, and Jade.  And though I’m a little behind on Brightest Day, that’s the new Aqualad, right?

Does this mean that the History of the DC Universe line is kaput, and we’re back to as many repaints as we can muster? 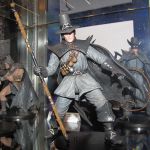 Pirate and Cave Bats are awesome. 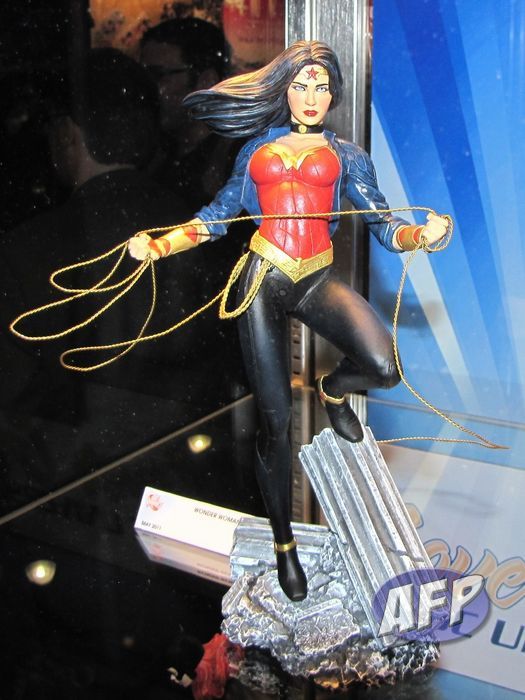 You may hate the costume redesign, but in three dimensions this statue makes it look really good.