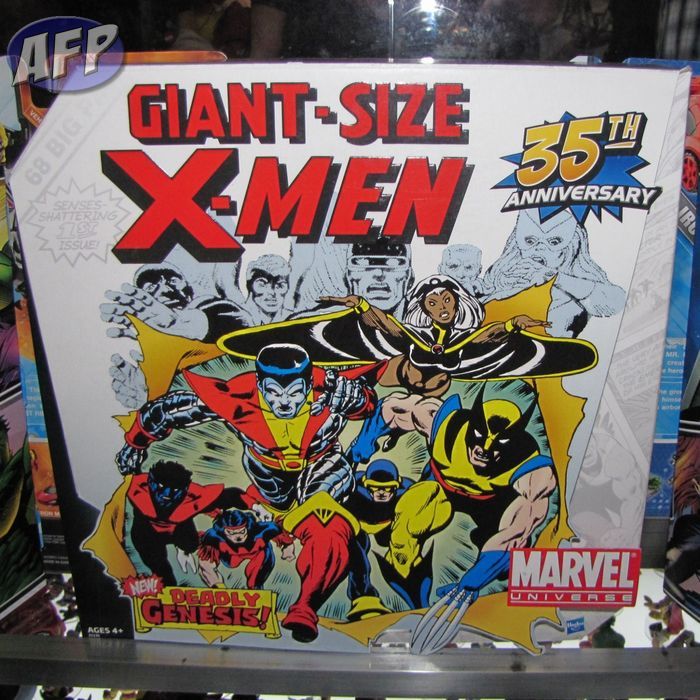 Silly me! When I first posted our NYCC Marvel Universe coverage, and even after I posted updated pictures after Hasbro’s Saturday reveals, I didn’t notice the Giant-Size X-Men package tucked away into the back of the display case. But it’s there, and I talked to the Hasbro folks about it on Sunday. 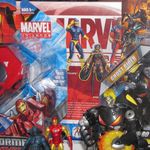 The Giant-Size X-Men set will be a retailer-exclusive 6-pack, although Hasbro has not revealed which retailer will have it and aren’t certain of the timing. They had hoped to have it out sooner, but it may not make it to shelves until late next year. We caught glimpses of the two new figures for the pack – a classic first appearance Storm and Thunderbird in the display case and on the back of the package. The set will be rounded out by a classic Cyclops (also seen on the card back), Nightcrawler, Wolverine, and Colossus.

All four of those figures should see heavy reuse, but I hope to see some modifications on Colossus, with flared tips for his shoulders and boot tops. He wasn’t visible on the card back from any angle, so we’ll have to wait on that. Sunfire would have been a nice alternative to some of the more heavily reissued figures, but I suppose it’s too hard to fight what’s shown on that awesome comic book cover. Keep your fingers crossed for an early release.