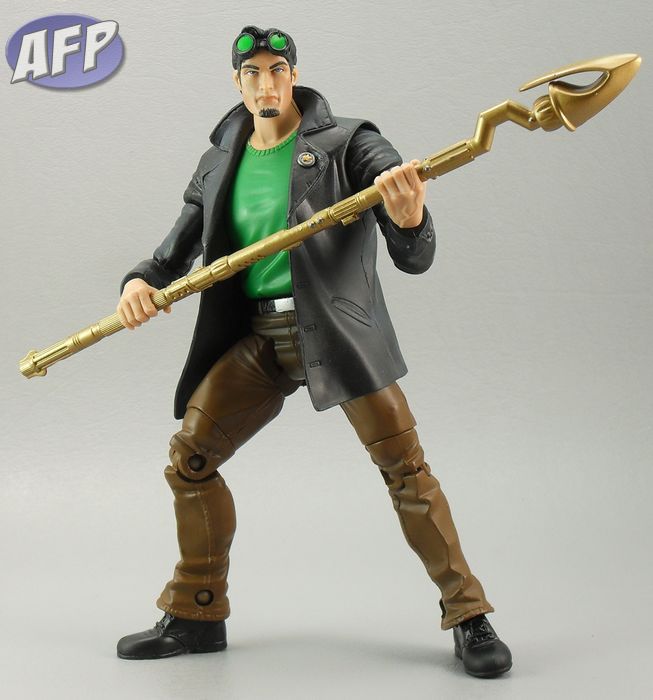 DC Universe Classics Wave 15 is finally, slowly trickling in (check out Sandman’s quick pics of Raven)! I just checked my back order with Amazon and saw that part of it is “being processed for shipment”, so I’m salivating like Pavlov’s dog. My good friend, PeanutButterJellyMan recently picked up a Jack Knight Starman variant from an Amazon seller and then a few days later, got the one he’d forgotten he had pre-ordered from BBTS. Since PBJMan had an extra, he sent one to me to use as a little appetizer for the oncoming flood of DCUC 15. Much thanks, Bro!

Jack Knight is my top “Want” from DCUC 15, not because I’m a fan of the character, so far I’ve only read the first TPB collection with him and it didn’t grab me, I like him because he’s such an aesthetically  cool DCUC figure. Jack’s civilian attire is going to make him really stand out amongst all the spandex clad characters and add a nice flavor to the collection display.

The Horsemen have knocked another one out of the park with Jack. His sculpt is fantastic looking and he’s loaded with nice little details like his sheriff’s badge, stitching and seams on his pants, his Doc Martens, the clothing folds and his Cosmic Staff. The only little nit pick about his sculpting would be that his face doesn’t bear a strong resemblance to the way Jack was drawn in the series. It’s great looking face, it just doesn’t scream “Jack Knight!” Oh, and they forgot his earrings. I wish his goggles were not sculpted on his head too. It would’ve been a nice touch to have them as an accessory.

The paint apps on this figure are extremely sharp with only a little bit of slop on his forehead (although it could easily be considered hair sticking out from under his goggles) and on his collar. The zodiac graphic on the back of his leather coat is so sharp you could shave with it. And speaking of the jacket, it’s made of a nice soft, flexible plastic that does not inhibit his waist swivel at all.

This particular Jack Knight didn’t have any stuck joints or issues with any of his articulation. I am bewildered as to why the decision was made to not give him the ab-crunch POA, I don’t see any reason why it should’ve been left out. The jacket is flexible enough that it wouldn’t make that POA useless. Very odd. 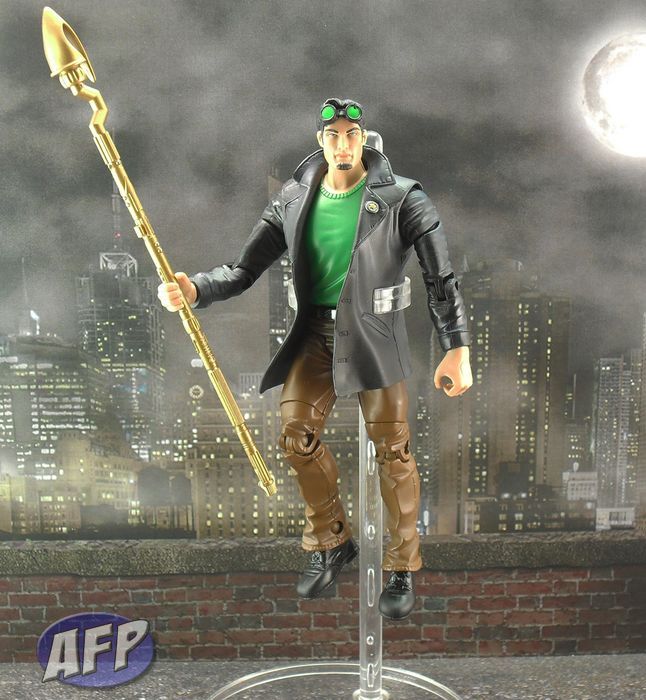 Even with the few little nit picks I have, I love this figure and can’t wait to get my own Jack Knight Starman… along with the rest of my DCUC 15 order! 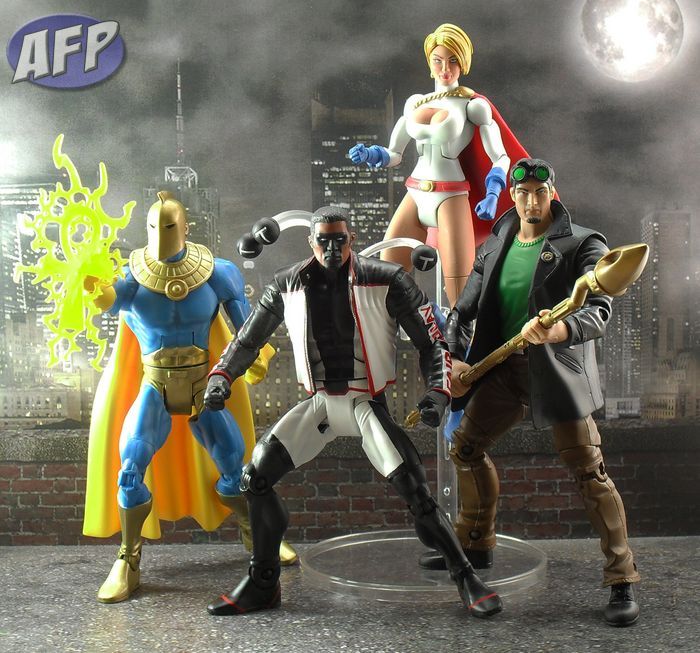