Hey Mattel fans – it’s time for the newest Q&A session of Ask Matty! Thanks to Toy Guru and the gang at Mattel, and happy Monday!

1) Superman/Batman: Apocalypse was recently released, and featured Ed Asner reprising his role as Granny Goodness. What’s it going to take to get a Granny Goodness figure in DC Universe Classics? 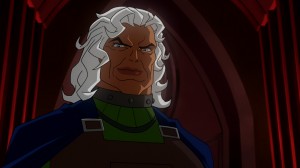 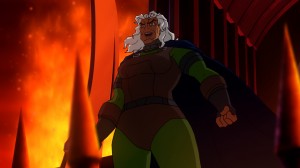 Increased fan demand. When the “Crisis on Two Earths” DVD came out there was skyrocketing demand for the Crime Syndicate but that died down soon after. We’ll have to see how Granny’s appearance in this DVD plays out with fans in the long run.

2) We’re excited by the prospect of more 2-packs for DC Universe Classics to re-release much desired figures, but one of the 2-packs strikes me as odd. I’ve seen a lot of people looking for Gentleman Ghost, but many of them are trying to complete the Collect and Connect Giganta. The 2-packs won’t have the C&C piece, right? What can you do to help out collectors who still have headless Gigantas?

Due to logistical and legal issues, we are not able to put out one piece of a Collect and Connect without putting out the other pieces within a certain timeframe. We know there is demand for Giganta’s head and we have discussed several options of how to get her back out there. Time will tell which one, if any, comes to be. We do know fans want this.

3) Fisto and Jitsu both made the cut in the AFP / Fwoosh Masters of the Universe Classics Top Ten. And at San Diego Comic-Con, Bill Benecke told us that he had something special in mind for Jitsu. Why don’t you end my suffering and tell me that Fisto and Jitsu are coming out in a 2-pack in 2011?

We can confirm that we do not have a Jitsu/Fisto two-pack coming in 2011.

4) With the new Winston figure with slime blower getting swapped with Courtroom Peter, are we still expecting the same number and timing of figures for Ghostbusters in 2011? When will you reveal more figures?

There will still be six 6-inch GB figures in 2011 but the release order will be changing from our original intent. We’ll announce any updates as we move along.

5) In the WWE Basic Series we see frequent redecos. For lines like Legends, what’s the thinking on releasing new Legends vs redecos, since figures come out less frequently? For example, I know I want the Legion of Doom with red pads and a Ravishing Rick Rude with his mullet and the Ultimate Warrior painted on his tights – but there’s still a lot of Legends that I might want before getting to repaints. How are you going to handle that?

Our goal is to get to all the fan requested redecos and re-tools in time. We don’t have an exact plan to share right now, but keep posting on the boards to let us know which versions of figures you want and we will do our best to deliver!