Next from DC Universe Classics 15 is the Teen Titans’ goth girl, Raven.

Without a doubt, Raven is my favorite DCUC female figure. In my opinion, she’s the first female character that Mattel has come the closest to getting right. The one thing the Four Horsemen strayed from, and I’m glad they did, was that they gave her a much prettier face than Perez used to give her in the comics. She’s the right height and size, the first appearance costume details are all there and she’s got a great “I’m gonna mess you up bad” expression.

The “action posed” cape seems a bit weird when Raven is posed any way other than with her arms up but I’m guessing the Four Horsemen figured that’s the way most people will display her on their shelves. As big as the cape is, it doesn’t drag the figure back like the heavy capes on Batman and Superman tend to do to those figures. One drawback is it doesn’t let you put her into any crouching poses, but then Raven was never the crouching type. 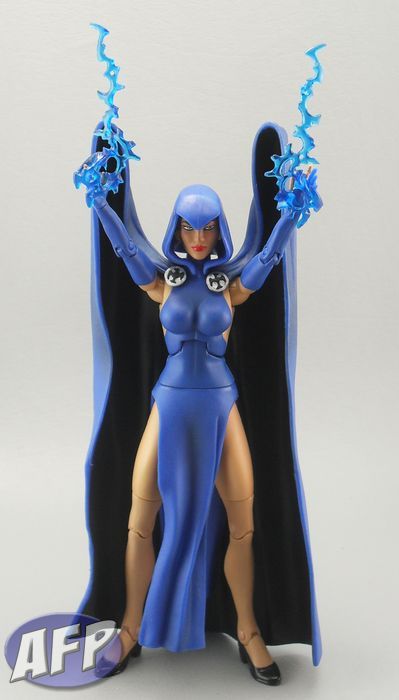 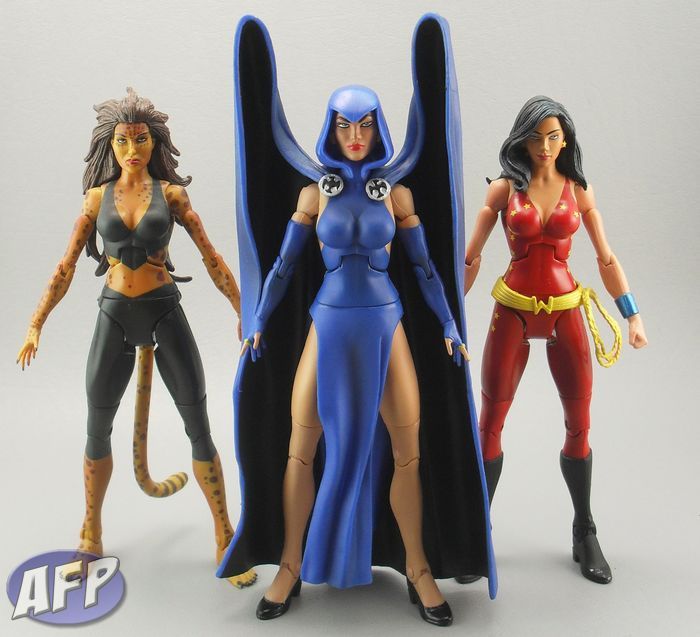 As you can see, Raven utilizes the same body as Cheetah and Wonder Girl but I think her lower legs are a tad larger and the top of the skirt sandwiched in her waist swivel gives her a little more height. I like the overall look of her arms but feel that a touch more length would have helped.

Along with Jack Knight and the soon to be reviewed Martian Manhunter, Raven is in my top 3 from DCUC 15 and definitely my number 1 fave DCUC female. Now that we’ve gotten Starfire, Wonder Girl and Raven, my dream come true would be for Mattel and the Horsemen to give us a modern female Teen Titan – Ravager. Rose and Raven have both been at the top of my most wanted lists since DCUC began. 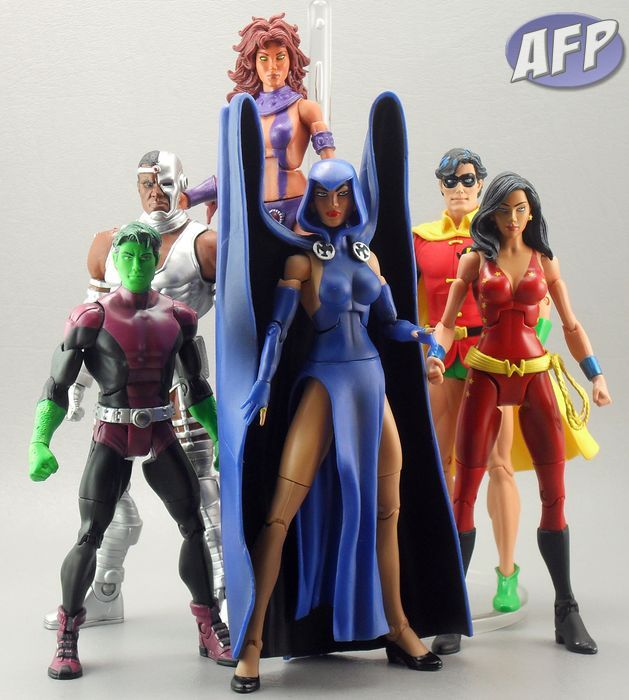 If you haven’t seen them, check out the previous AFP reviews for DC Universe Classics 15  Raven (courtesy of Sandman21xxii), Jack Knight – Starman, Jemm, Sinestro Corps Batman and OMAC. I’ll be back soon with a review of the Golden Age JSAer Starman – Ted Knight.