Max Ray’s glorious mustache was too much for last Wednesday to handle, so here he is today, continuing our look at The Centurions! 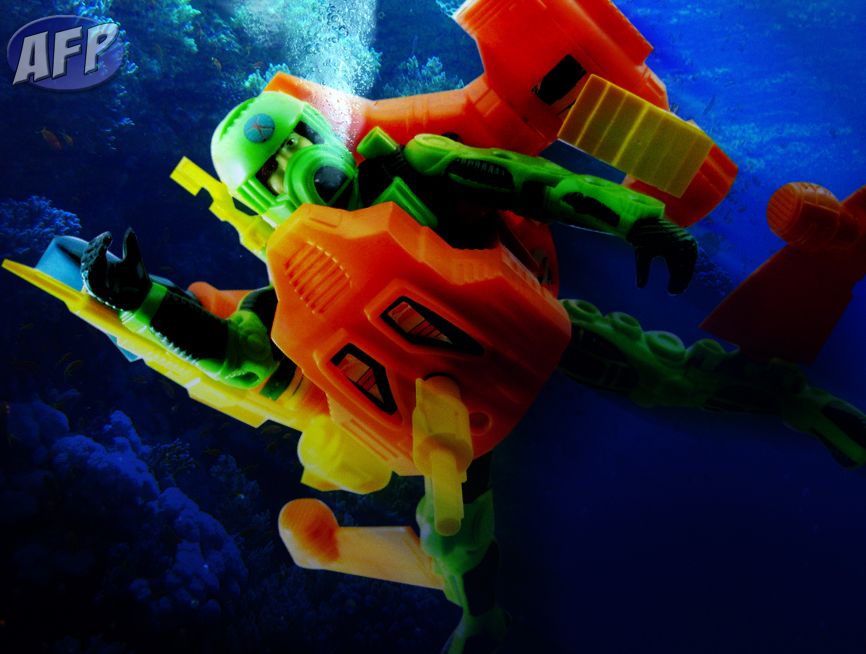 I will say off the bat my Max is missing a few parts. As it is with most toys that had many interchangeable parts, that means they are easy to lose, and getting a complete set 20 some years later is a little difficult. Max should have a large fin for his torso, a larger arm gun & a missile for his missile shooter, and Tidal blast is missing a missile. Today we will look at the basic Max Ray  figure & his power up assault system, Tidal Blast.

With that, lets take a look at what my Max comes with. 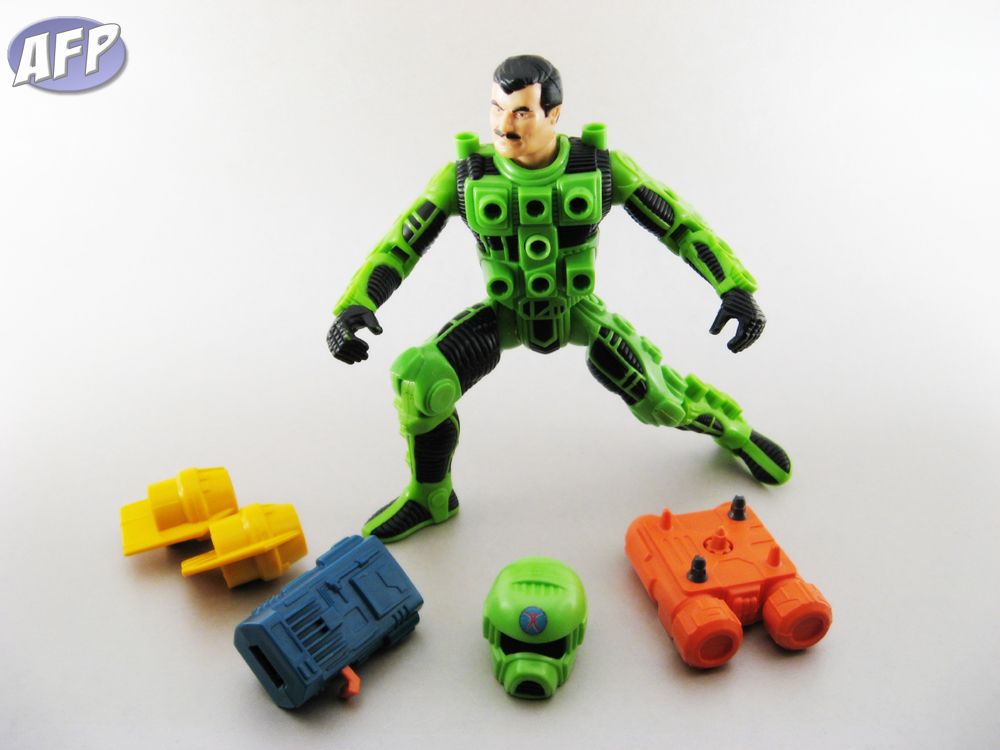 Like Doc Terror before him, Max uses the same exo-frame ports as the other Centurions figures, which allows you to plug all kinds of armor & weapons all over his body. He has basic articulation, with surprisingly agile legs. For the time, and even by todays standards, these are very robust and durable figures, made of very thick hard plastic, aside from the body which is hollow to contain some of the gear mechanism that makes some of the weapons activate.

Several separate weapon assault system upgrades were available for each main character. The one I had as a child was the Tidal Blast. 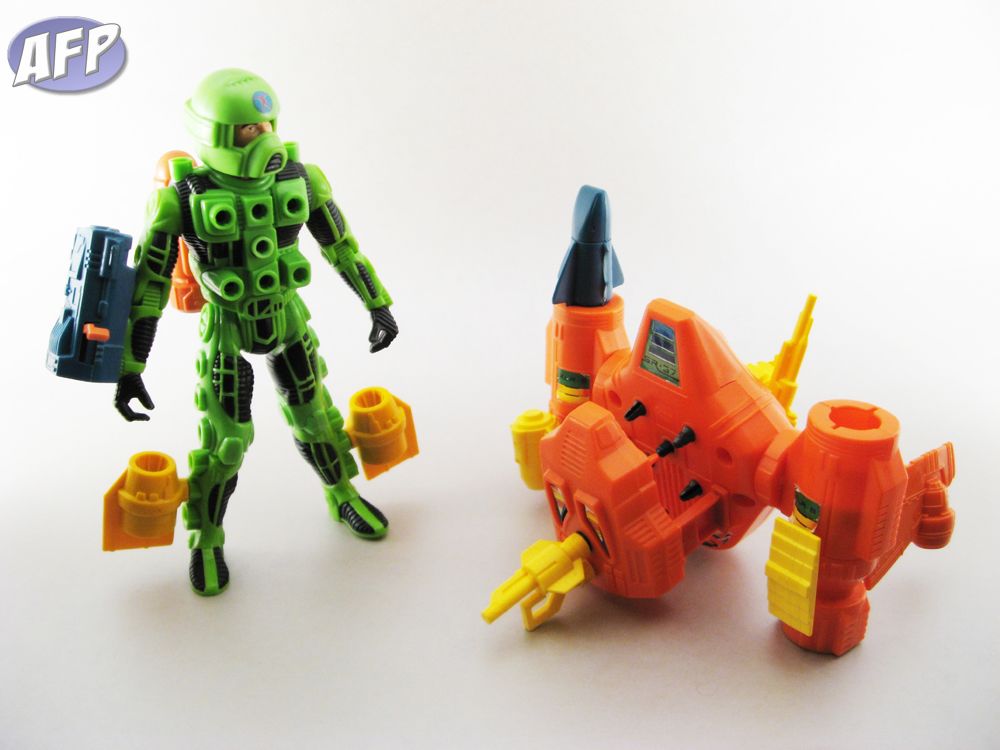 Once armored up, Max becomes a much bulkier figure, a little hard to stand, but very cool looking. The missiles on top are very hard ridged plastic, and with the turning of a piece plugged into the chest gear port, you can fire each missile. And one thing ill say about the missile springs is WATCH OUT! These are the strongest firing missiles I have ever seen on any toy, and with how substantial the missiles are, they will hurt if you get one in the face. Also with the turning of this port, the little apparatus on the front go up and down, as if they are part of Max’s scuba breathing system. 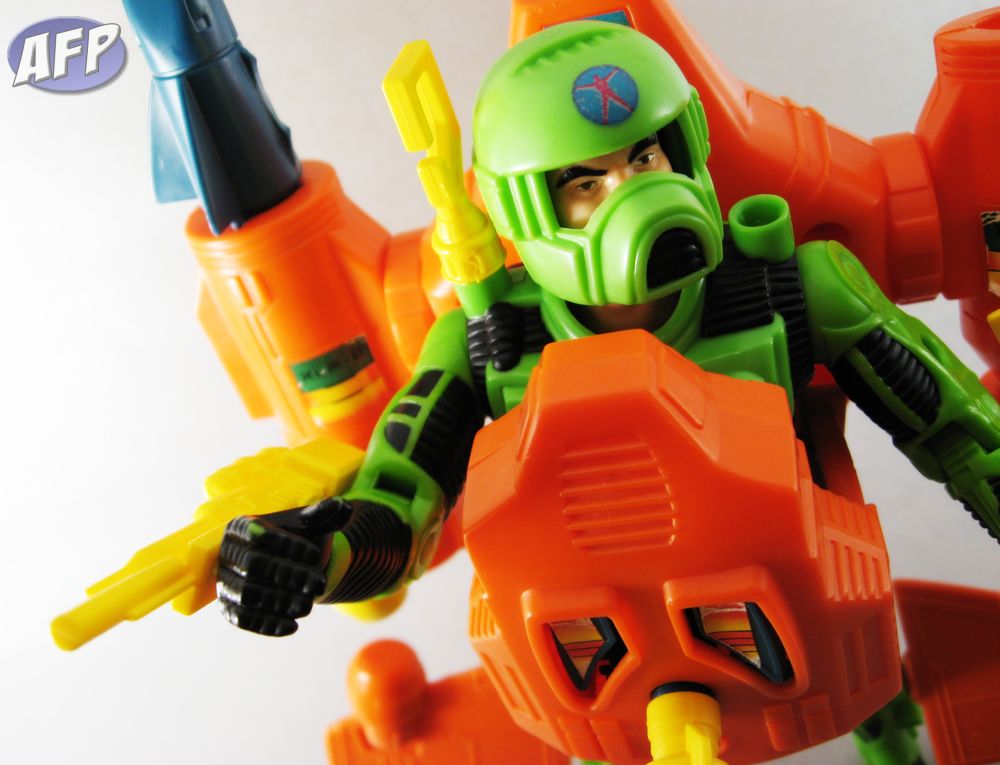 And again because of the interchangeability of parts, Doc Terror or any other Centurions figure can share accessories with each other!

All in all, this is a toyline that I remember fondly as a child, and even now these are great toys. They have a look all their own, look nothing like anything since, and really stand out from any collection as something special. And although this isnt the exact Max I got on my 5th birthday, it still feels the same, and is just as I remember him. 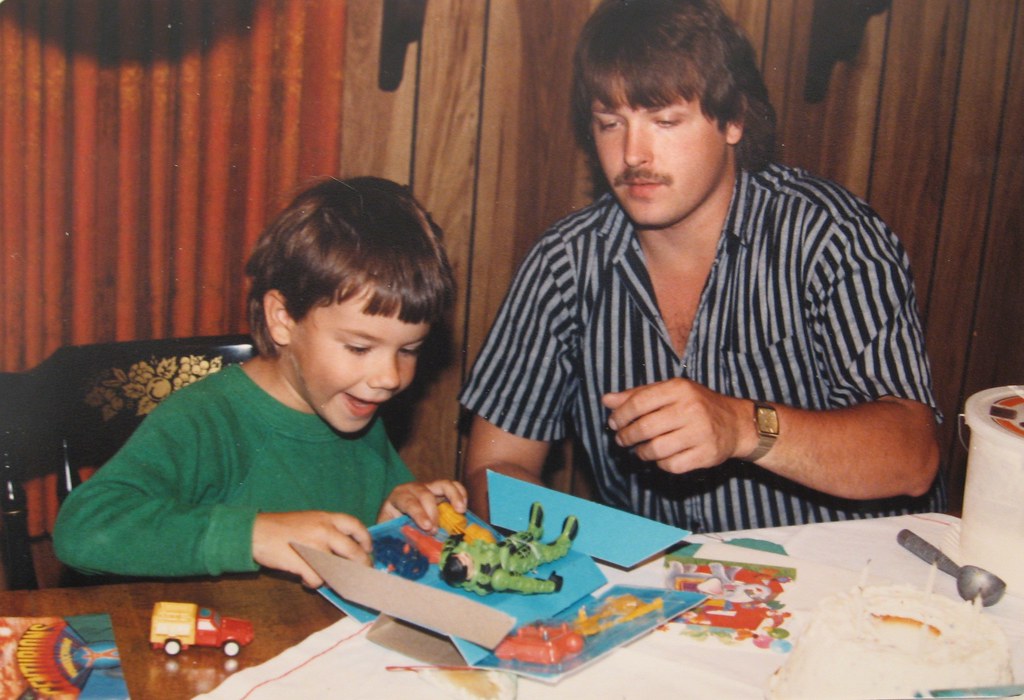