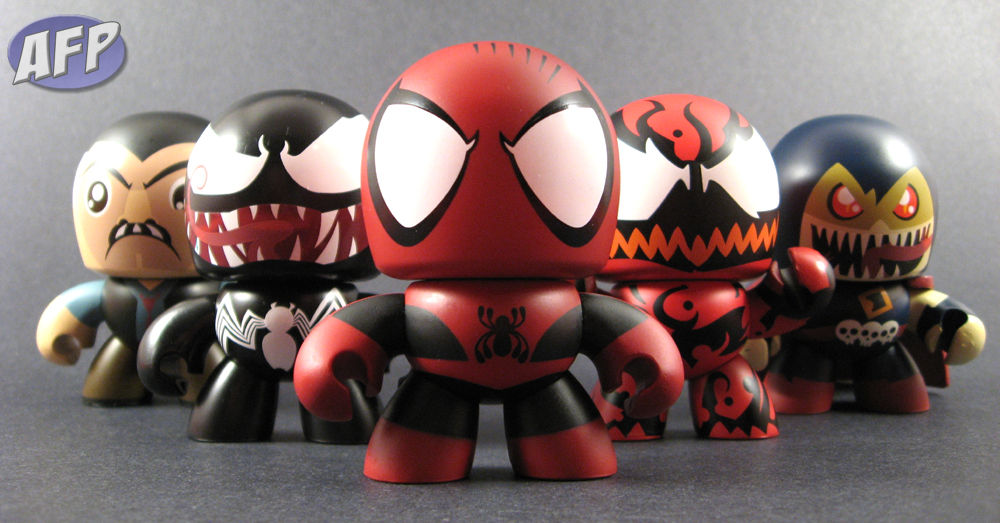 “Listen all you fools, don’t you know that Carnage rules?! Told you once, I won’t tell you twice, Heed my word and pay my price.“

A couple of weeks ago, this exclusive went on sale as HasbroToyShop.com after being available at New York Comic Con 2011. This year’s NYCC had quite a few Hasbro exclusives, many more than previous years. To join the bunch are the Mini Muggs, the continuation of the somewhat defunct Mighty Muggs line. These cute 3 inch figures are styled after other popular “urban vinyl” designer toys on the market, with Hasbro’s licenses as the characters. 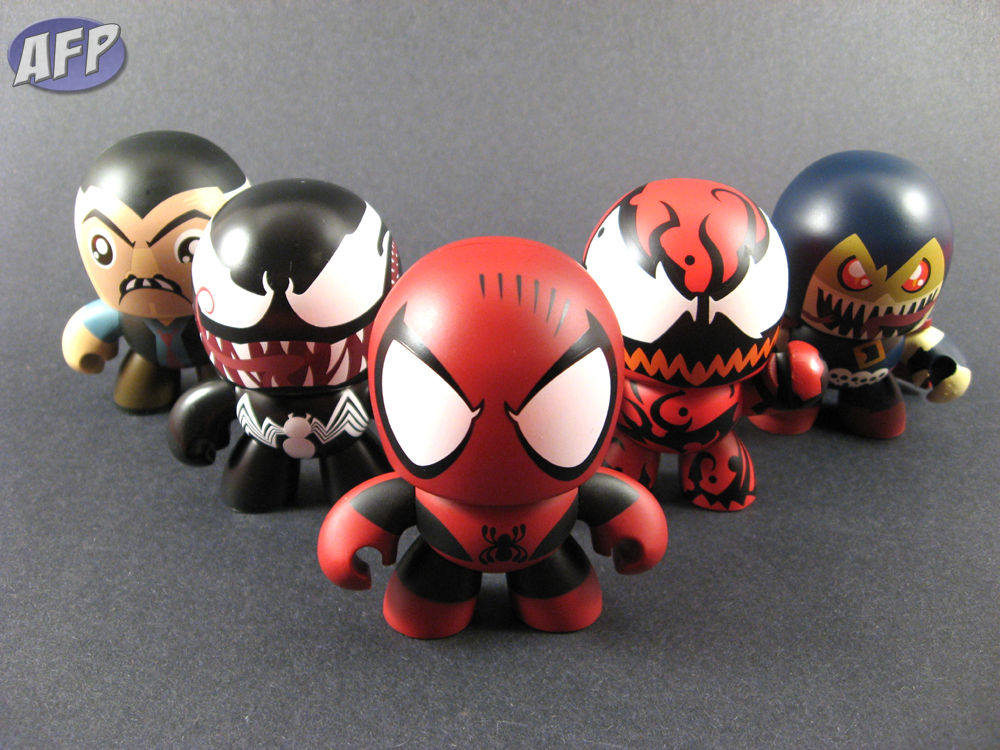 The first Mini Muggs (downsized versions of their Mighty counterparts) were 3 Target exclusive Star Wars sets. This NYCC exclusive is the second incarnation of the Marvel license in Mini Muggs size – the first was the San Diego Comic-Con exclusive Mini Muggs Avengers set. So let’s take a look at the 6 Muggs included in this set.

The theme of the set is “Maximum Carnage”, named after the great 90’s compilation of the introduction of the character Carnage. As a child, this was the book and story arch that got me into Marvel, Comics, and most things geek. I loved the art style, I loved the character, and mostly, I loved Carnage. 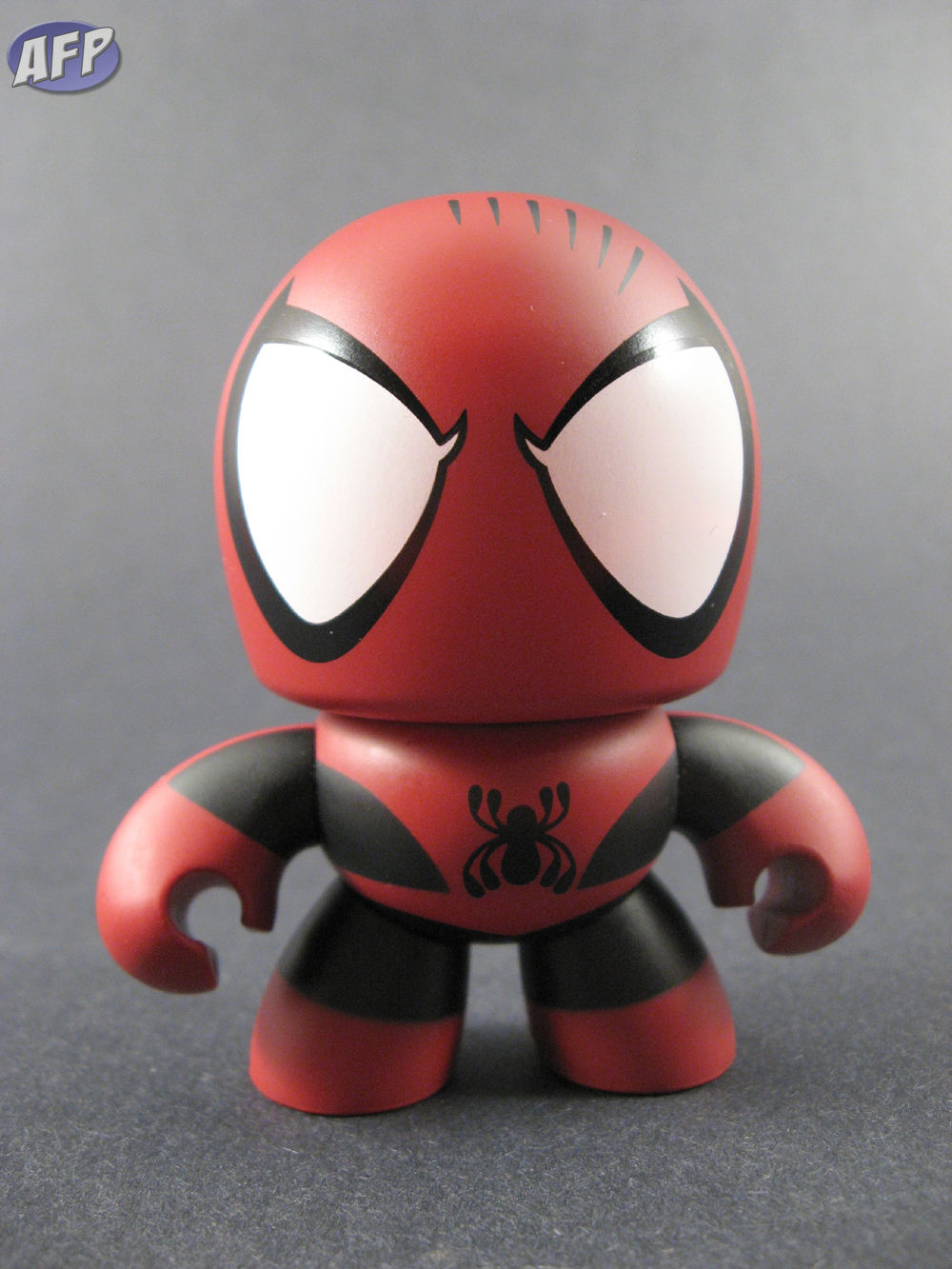 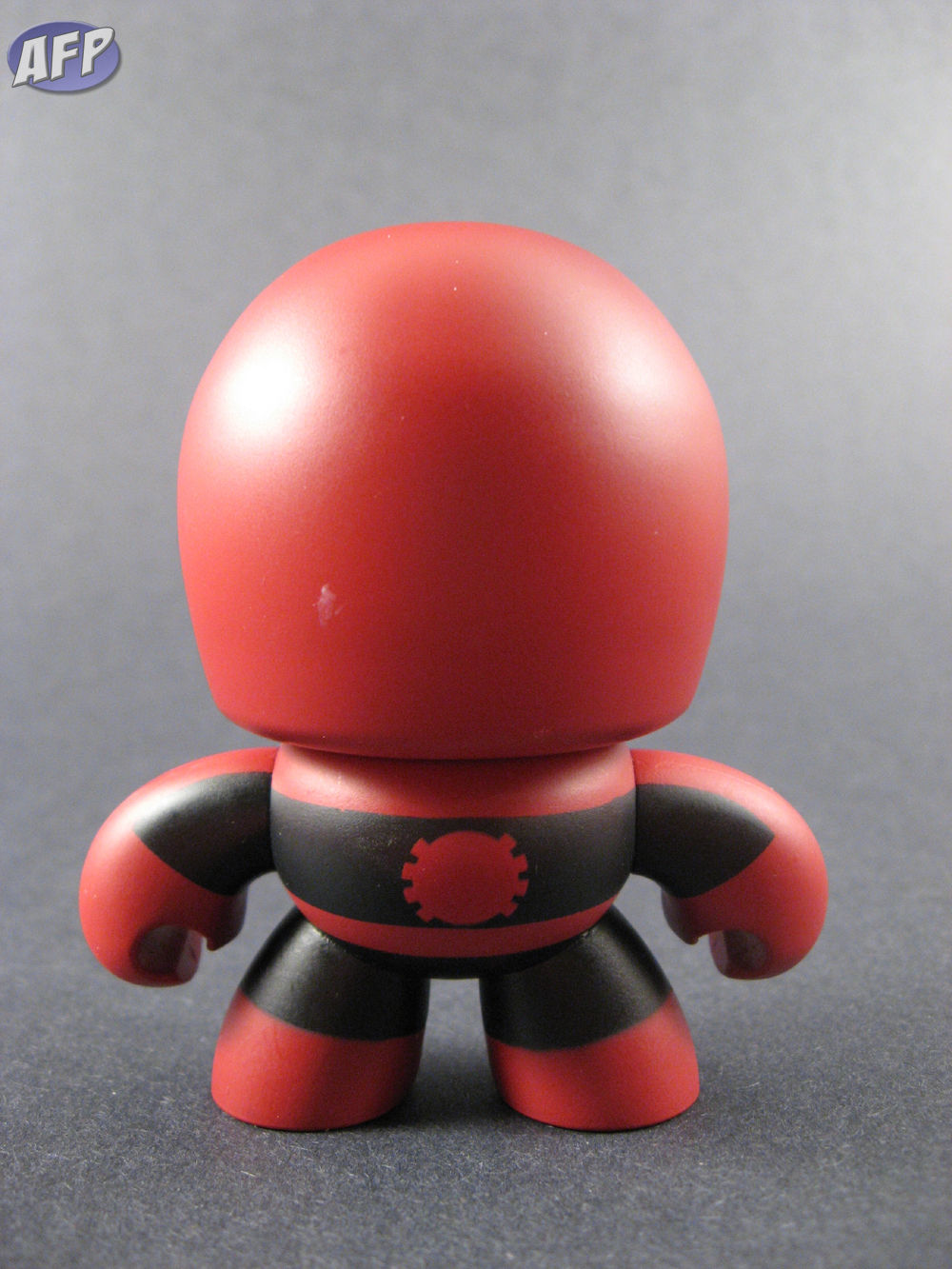 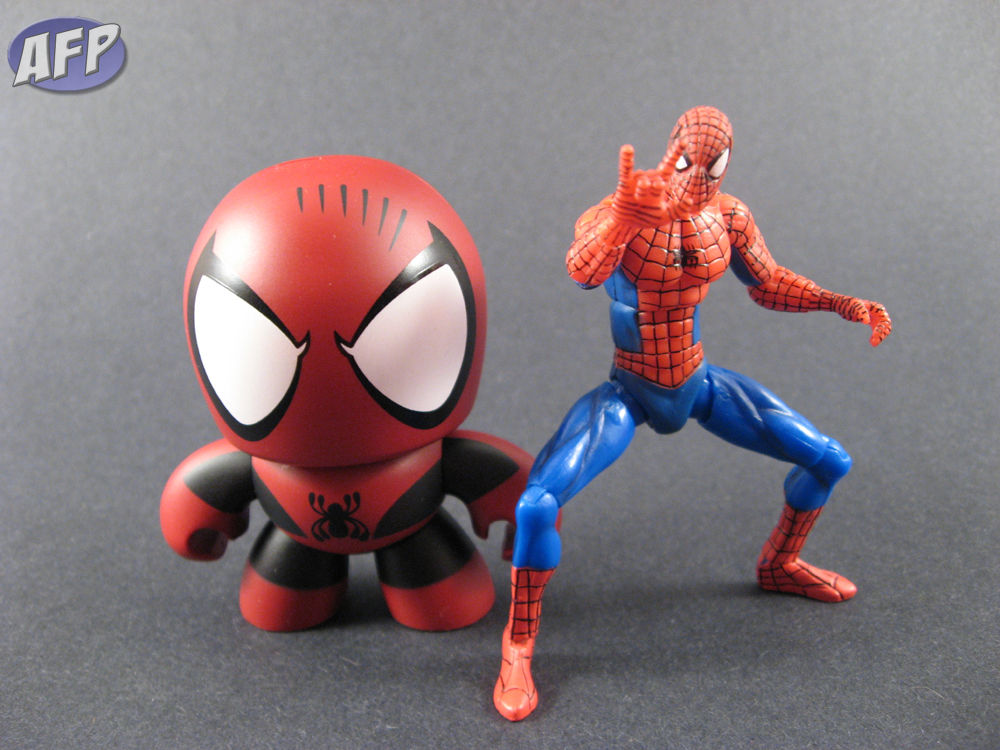 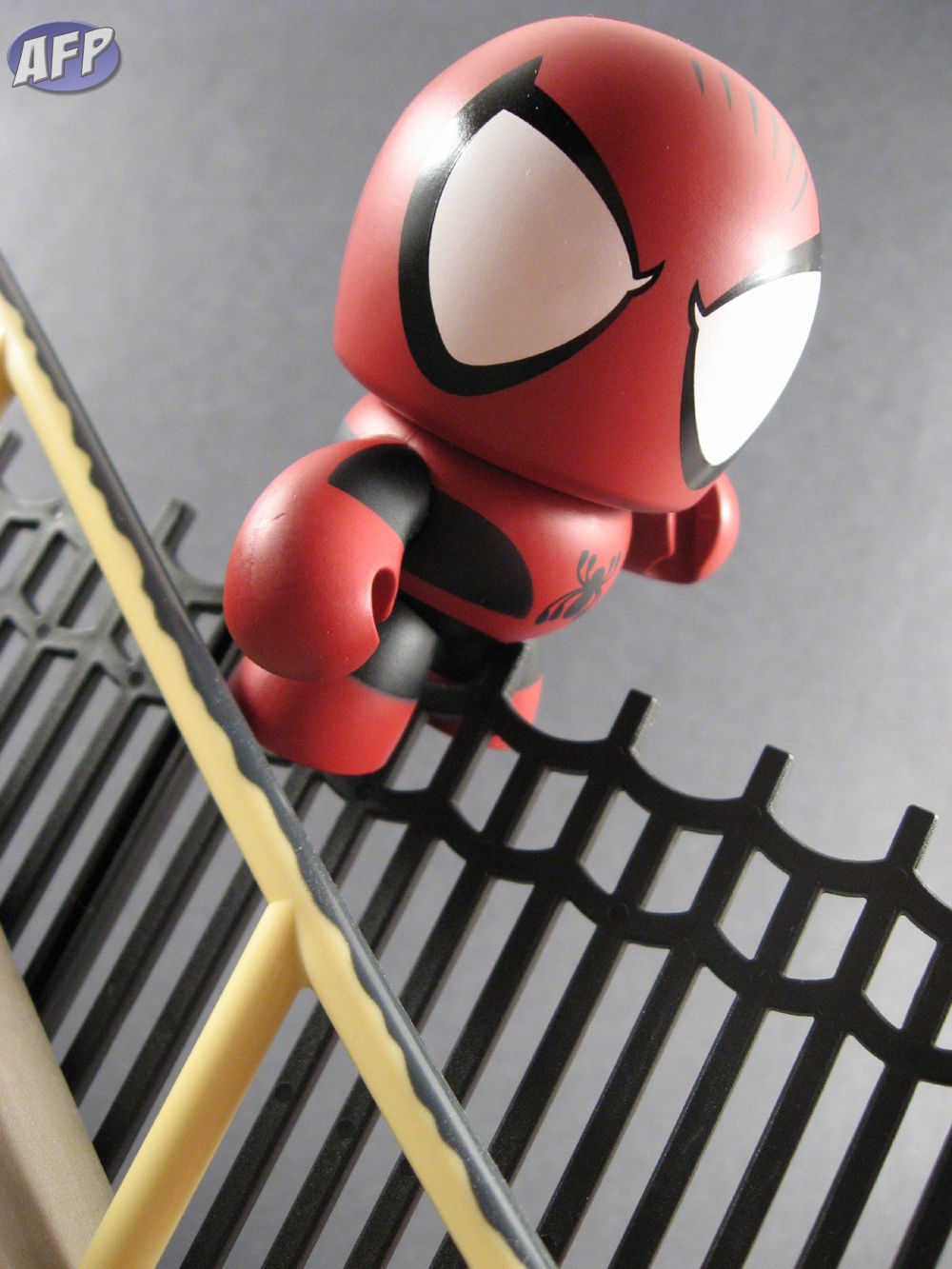 Next we have the crazed serial killer himself, Carnage. I’ve always wanted a Carnage Mighty Mugg since the line started, and although this one is Mini, I love the design they did for this one. The ultra glossy eyes are really nice. 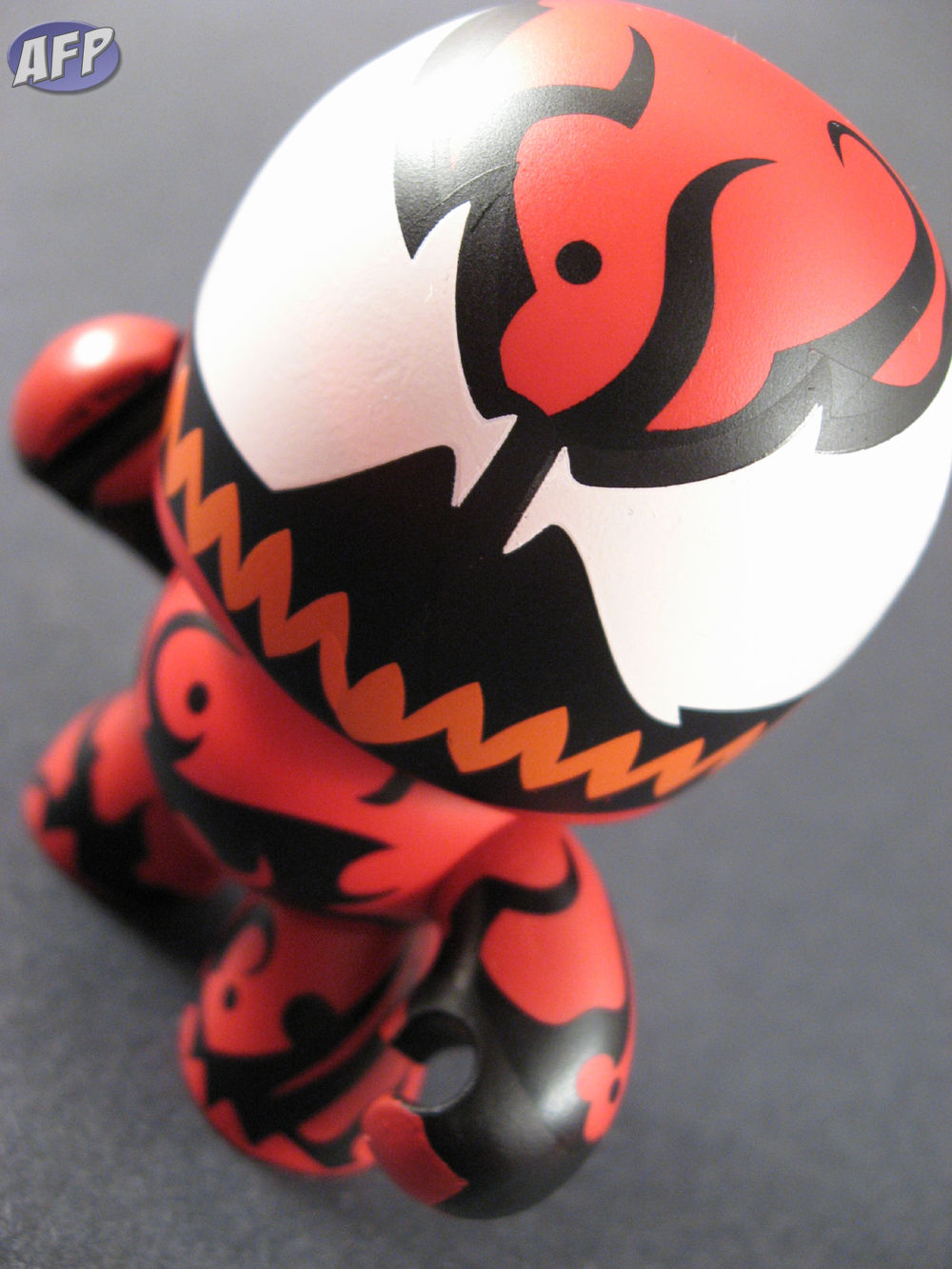 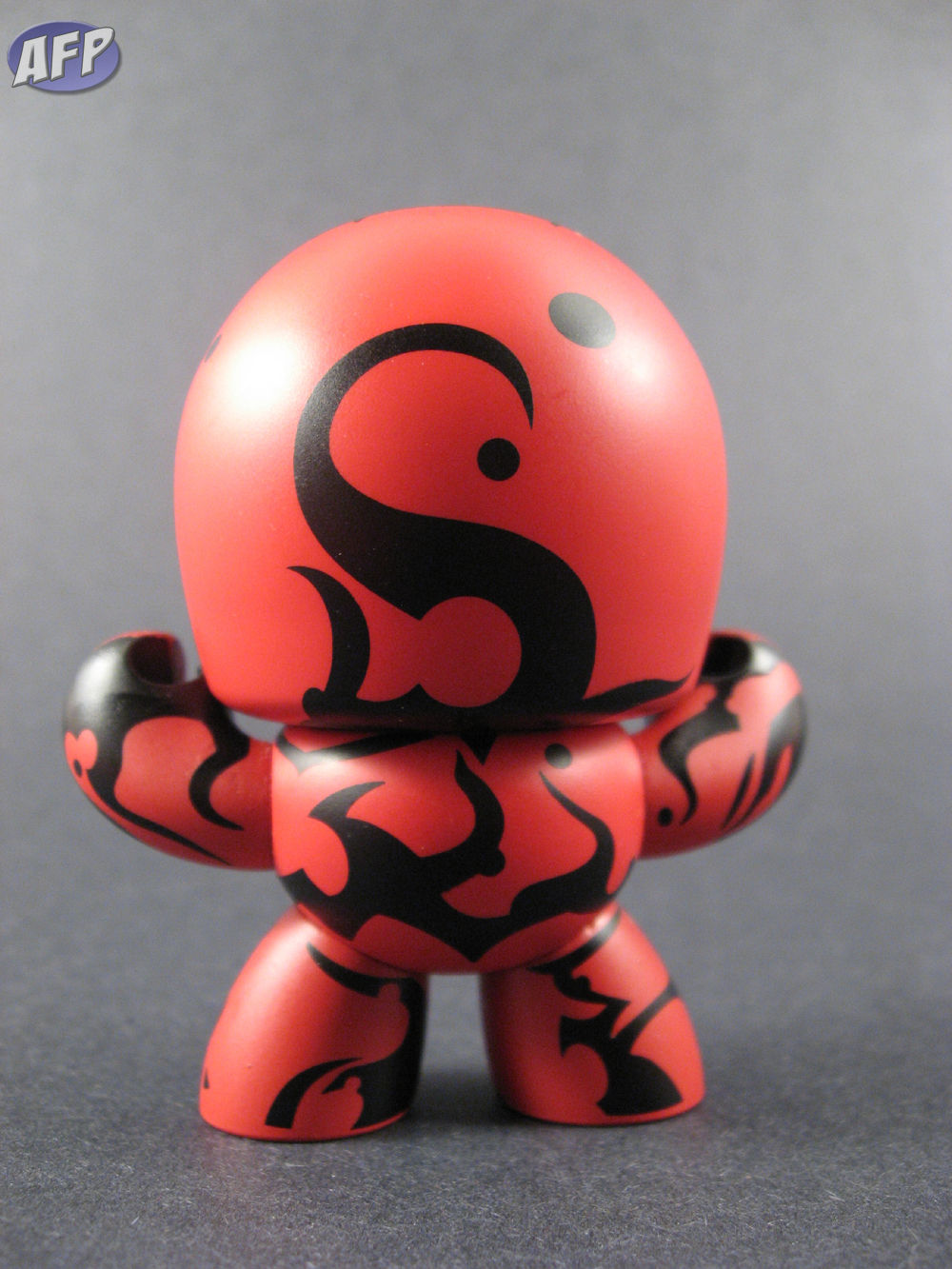 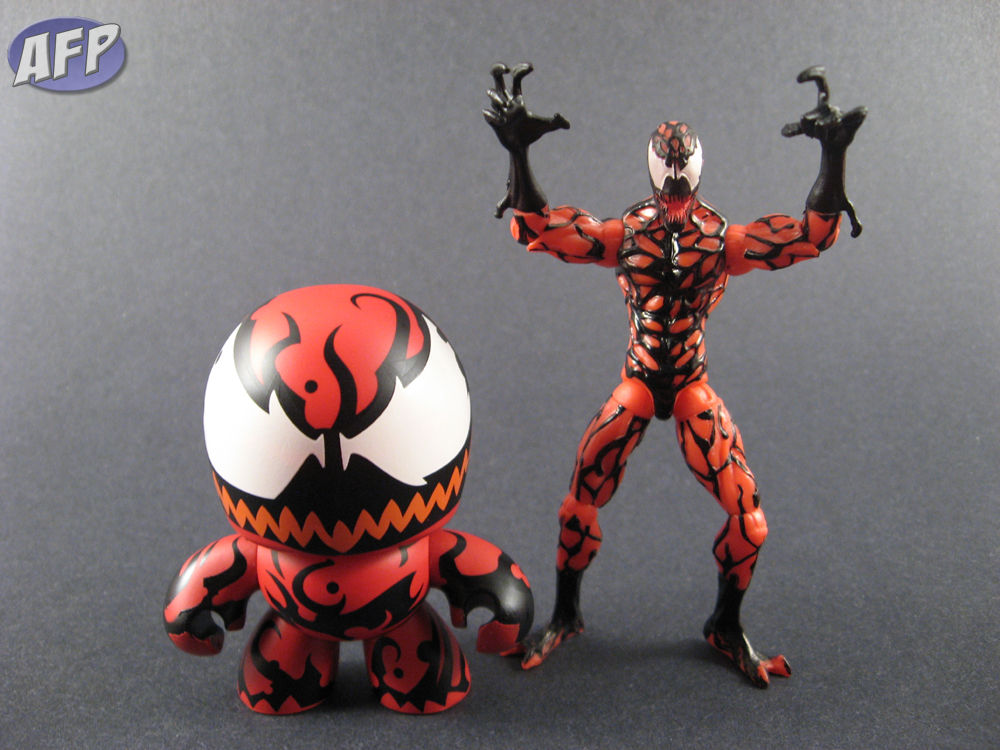 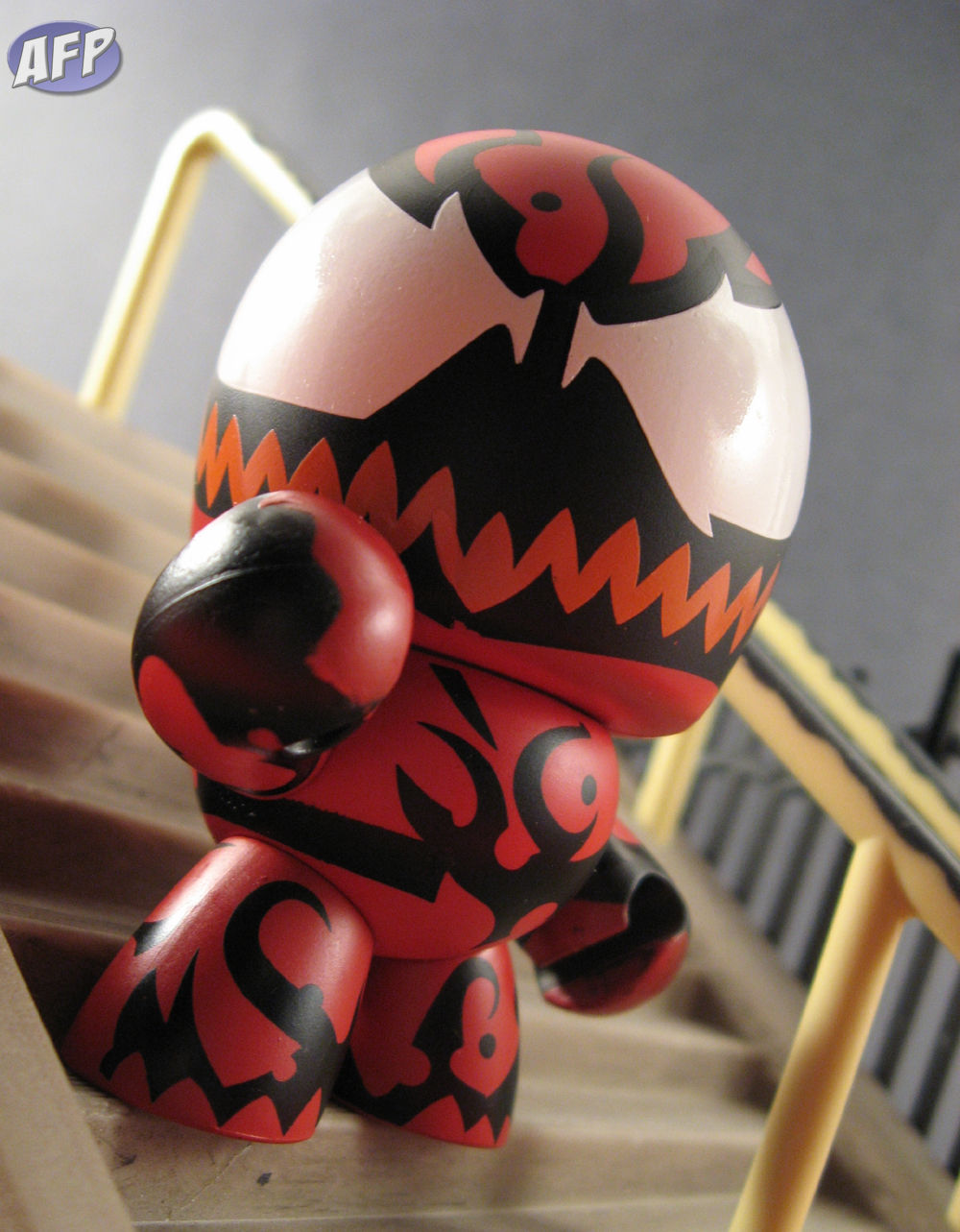 Next is Venom, my second all time favorite Marvel character. The Muggs design team went all out on this little guy, giving him two faces! Simply turn the head to see a grotesque Eddie Brock face coming out of the symbiote. When you consider the scale this is done at, the cleanliness of the paint apps is amazing, and the detail is on par with the larger scale Muggs. 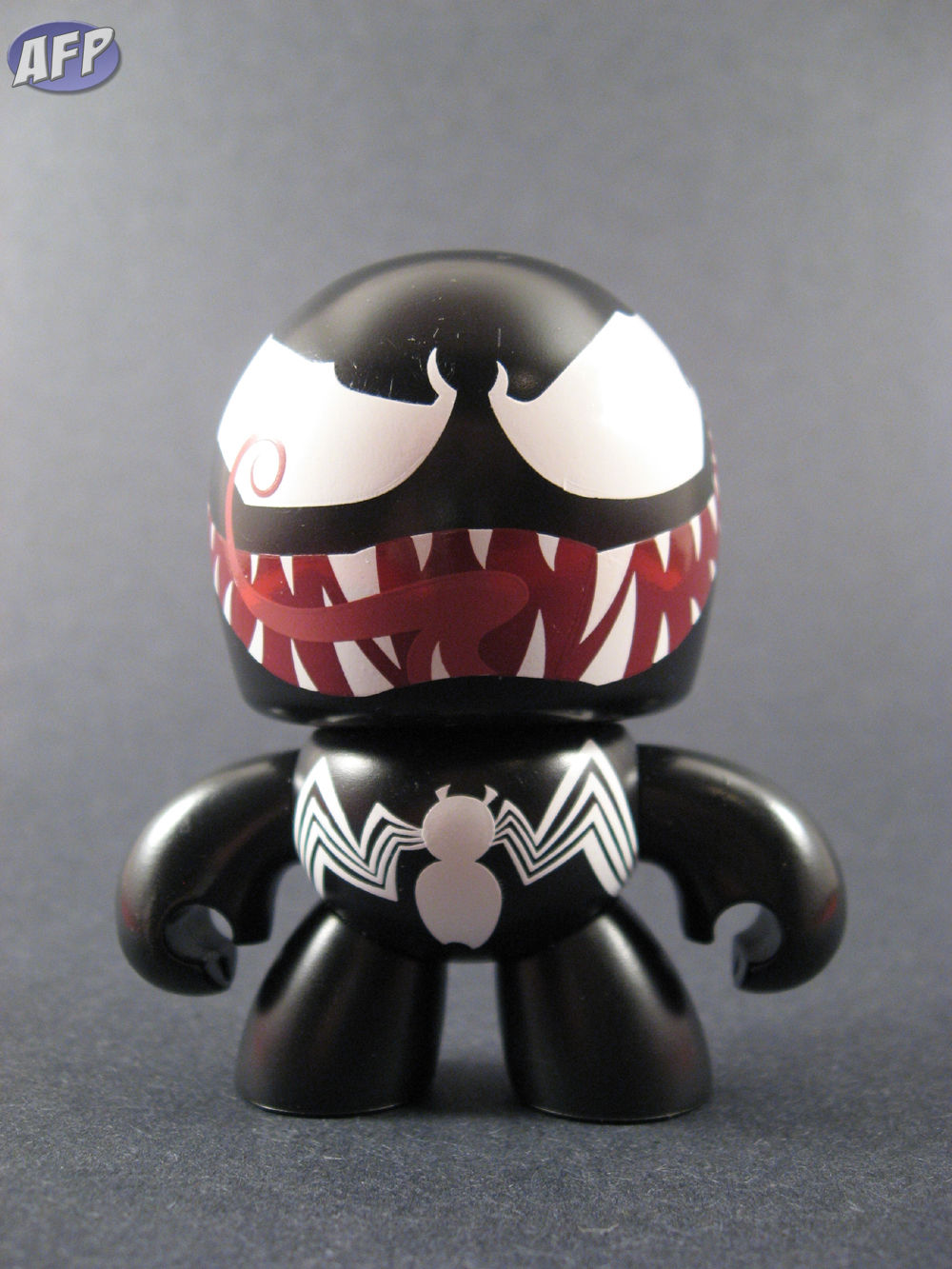 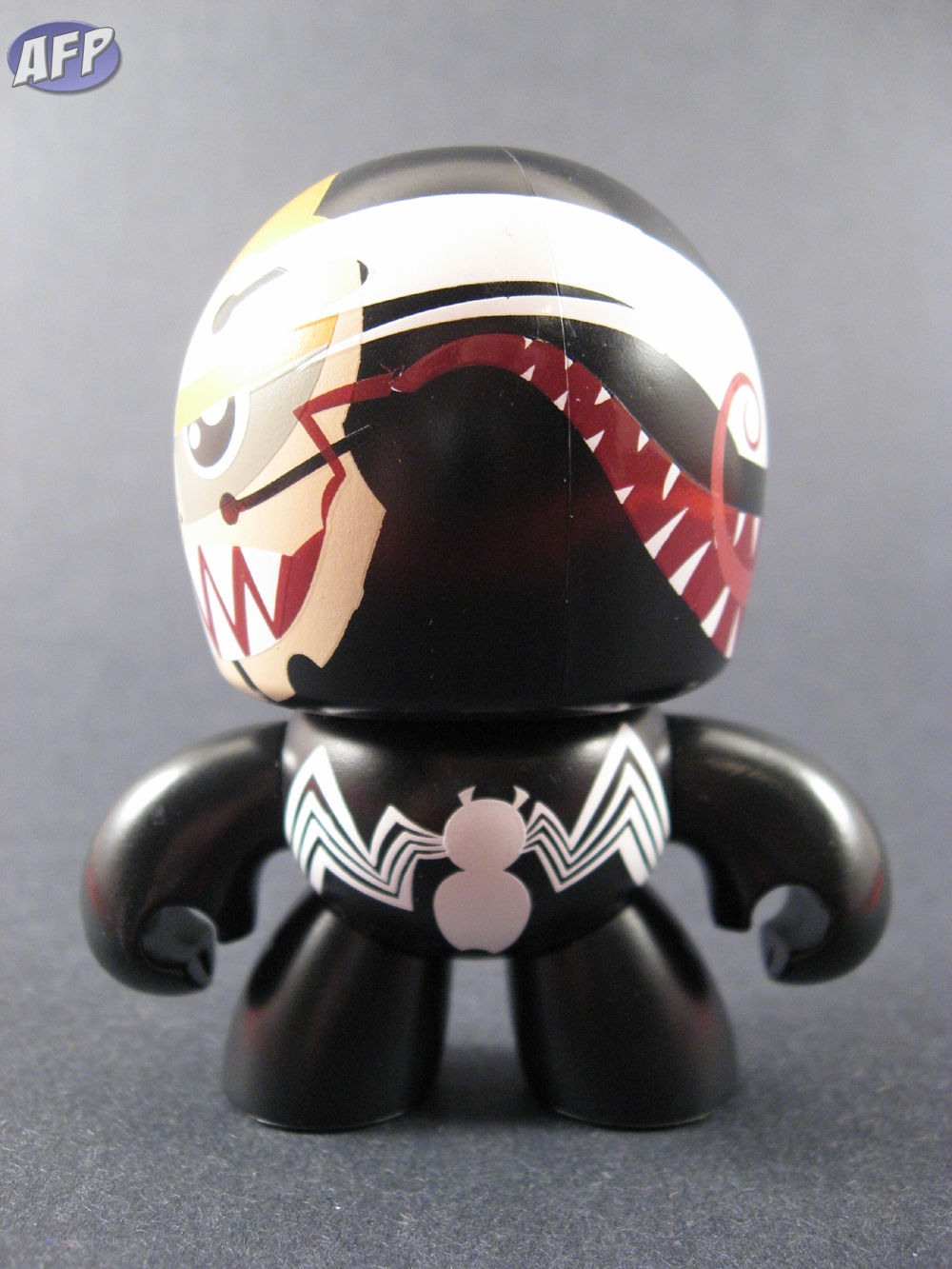 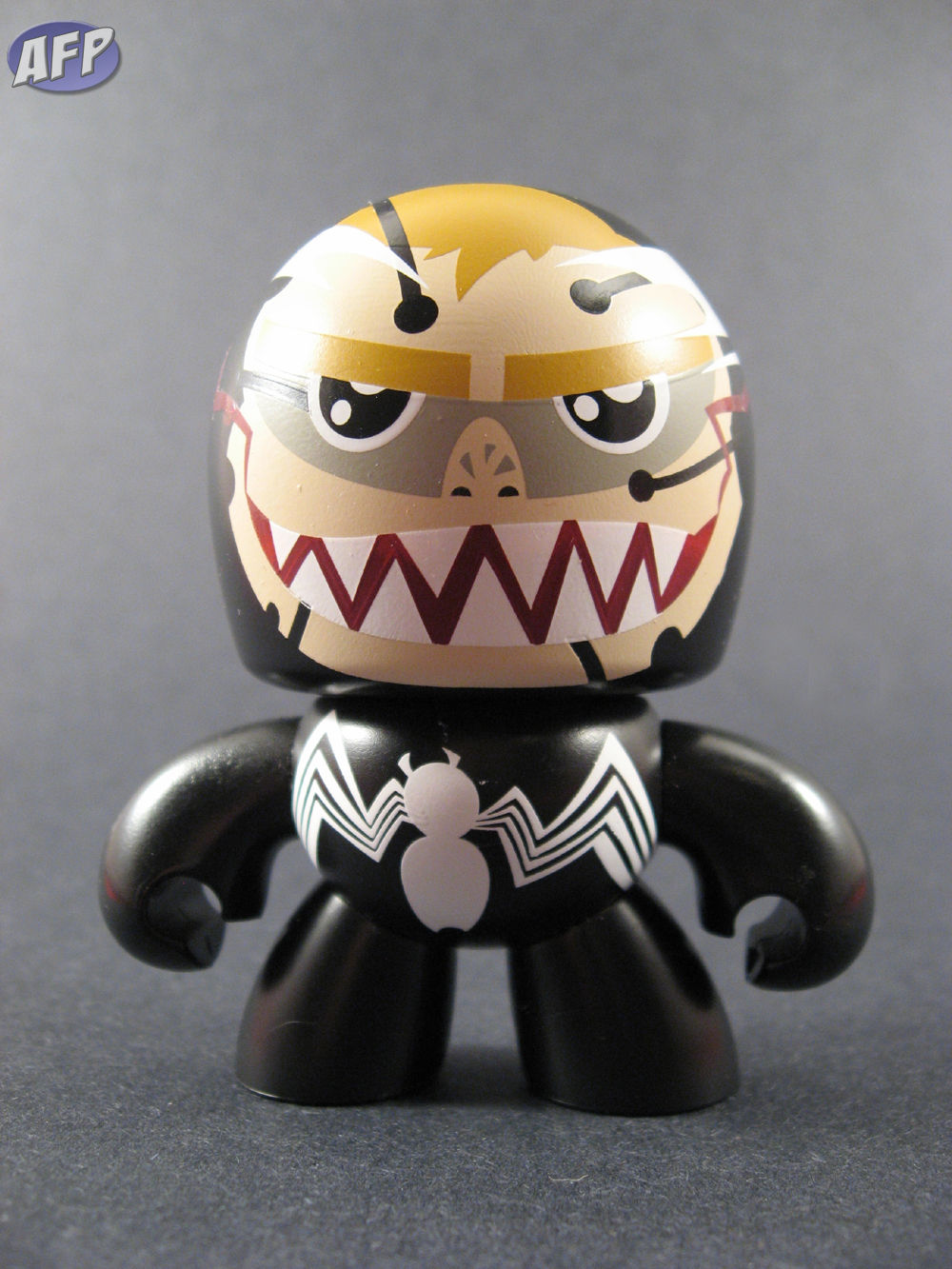 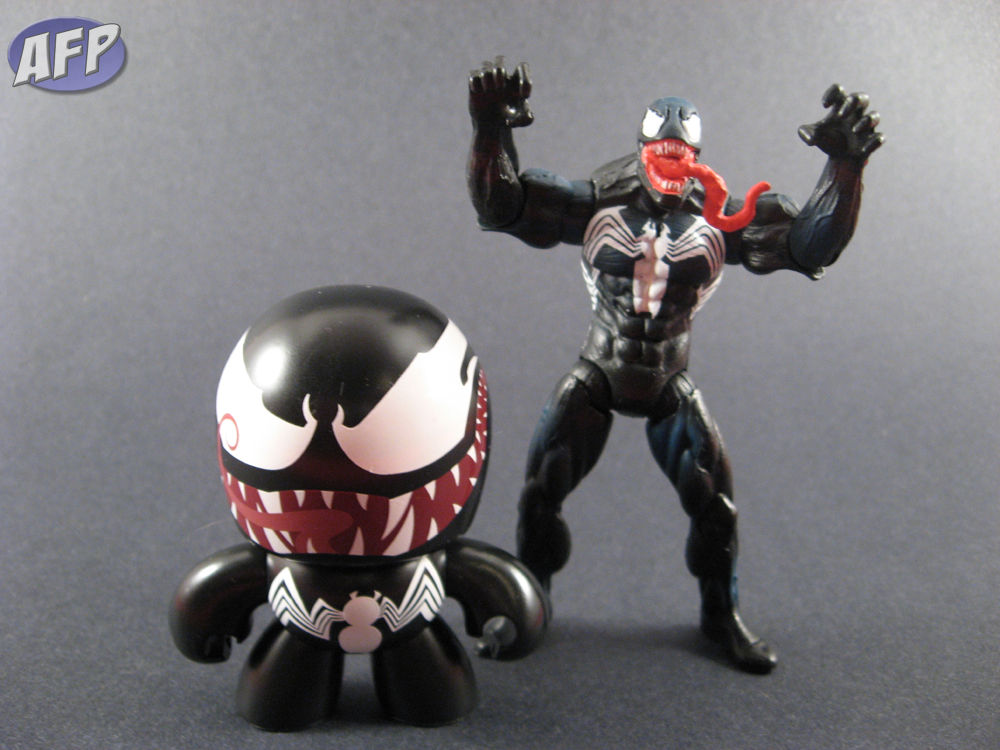 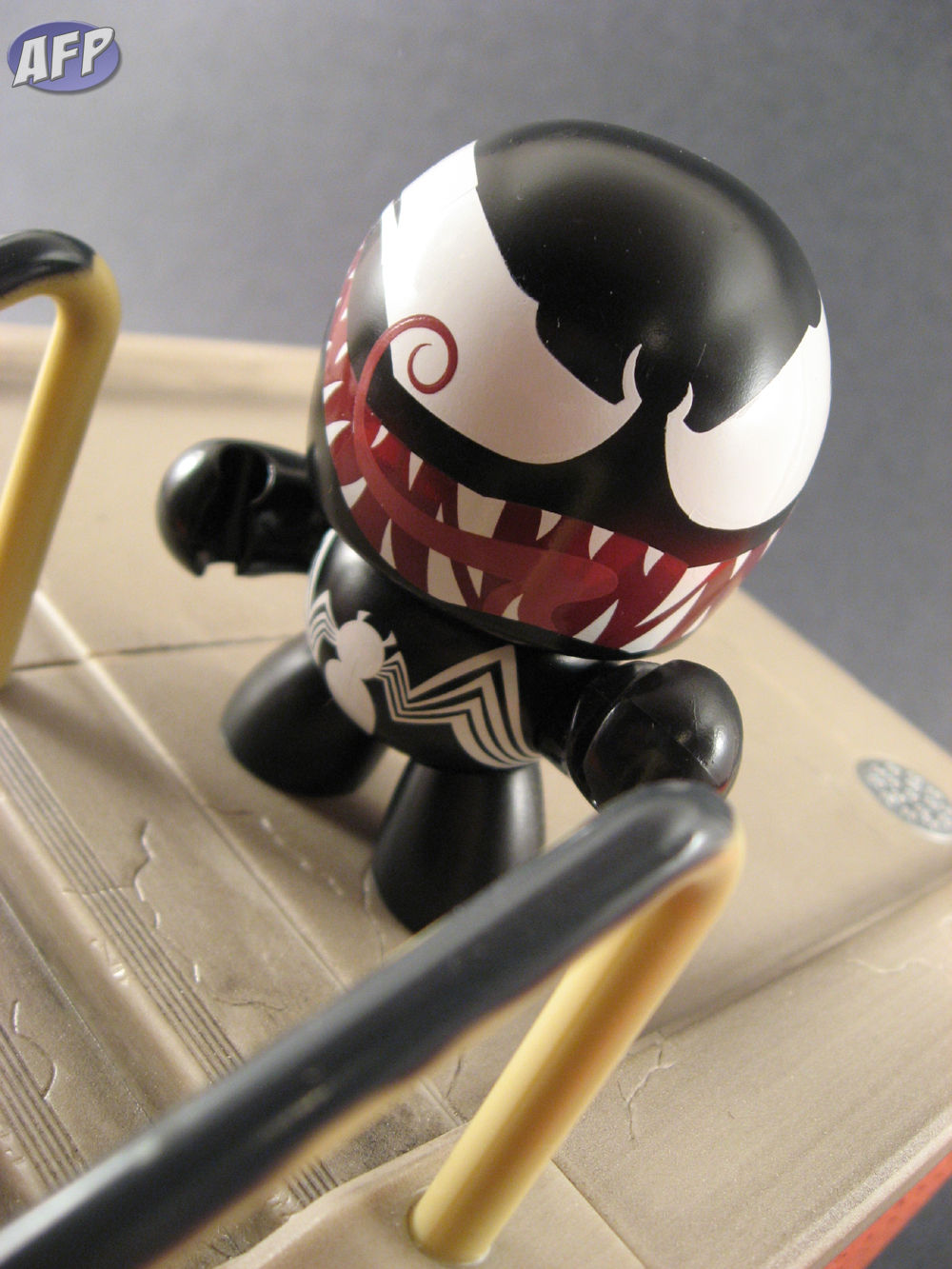 Next is Demogoblin, the Hobgoblin ripoff. I don’t remember him being in the comic much aside from being Carnage’s lackey occasionally, but he has a cool look nonetheless. This Mugg also has the only accessory out of the set, a removable cape. 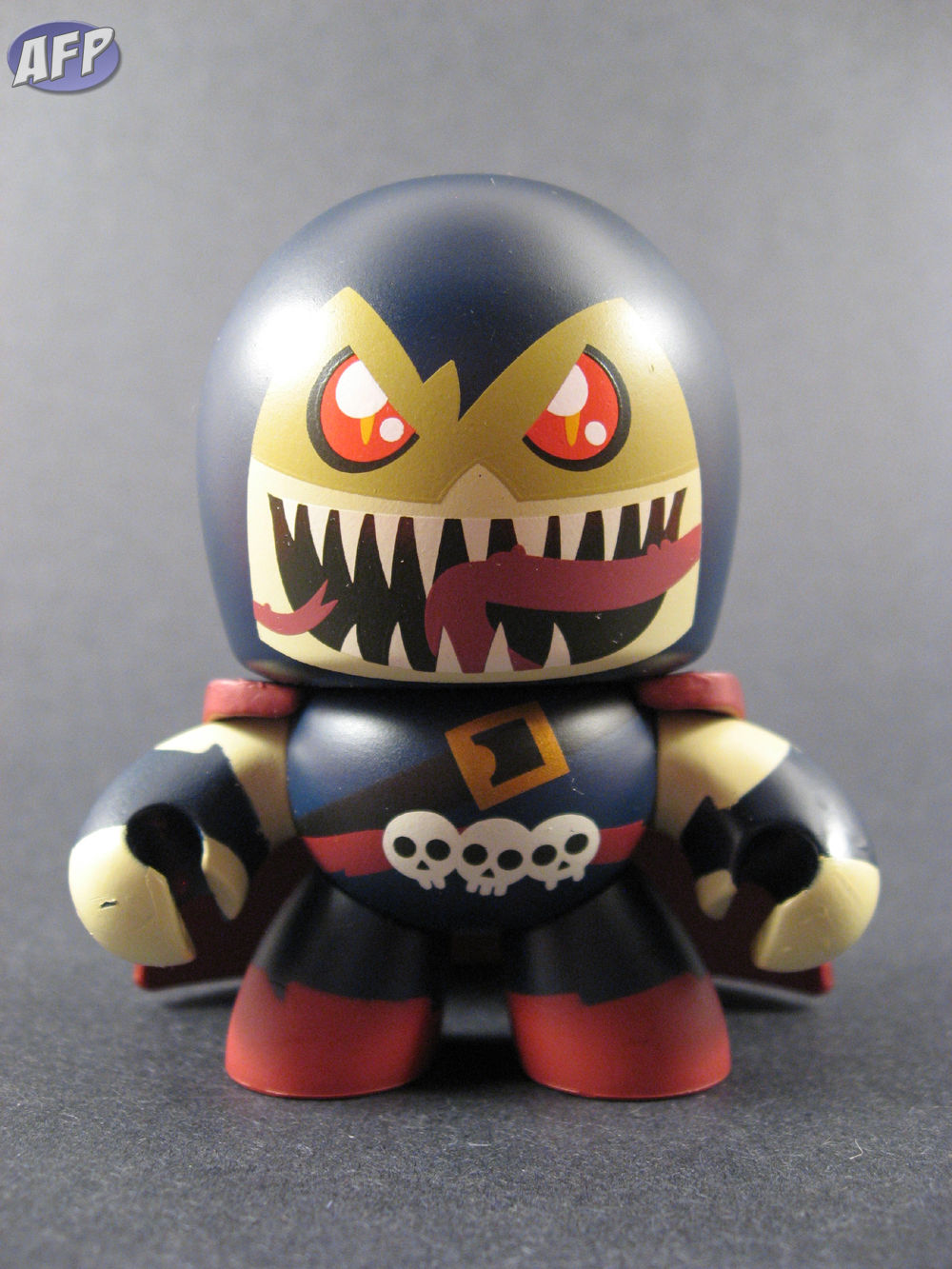 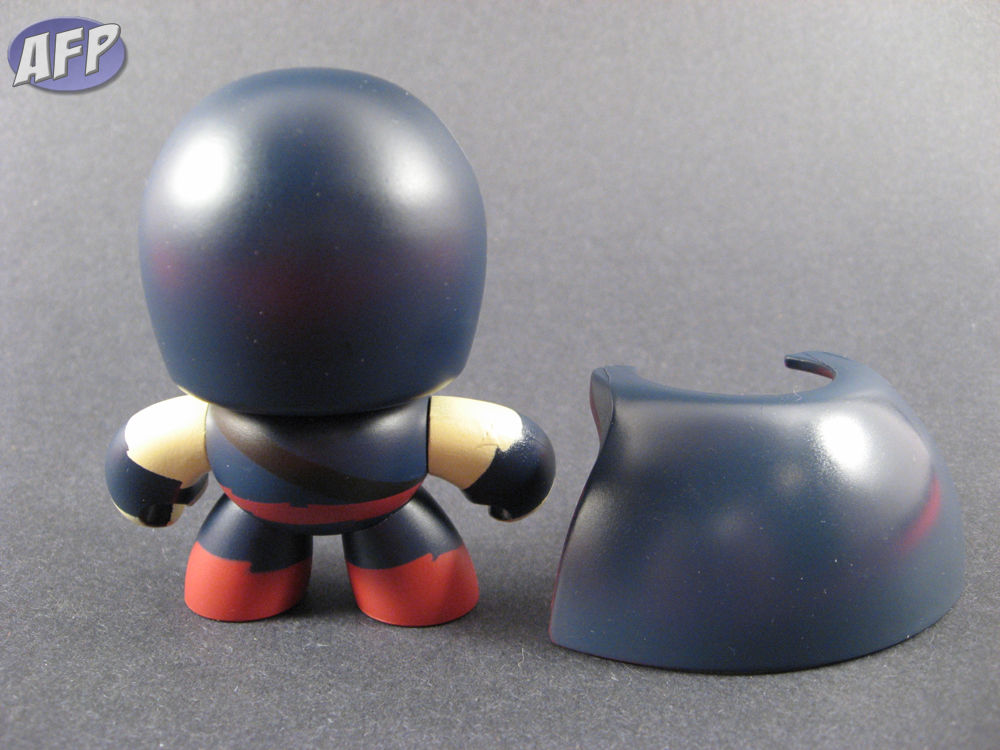 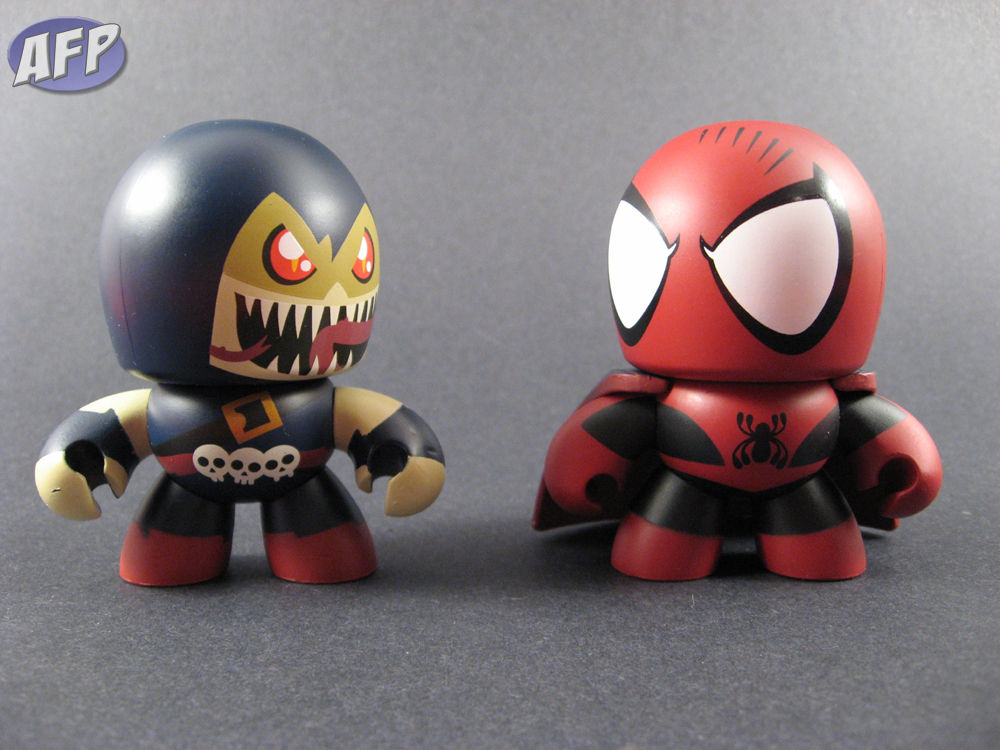 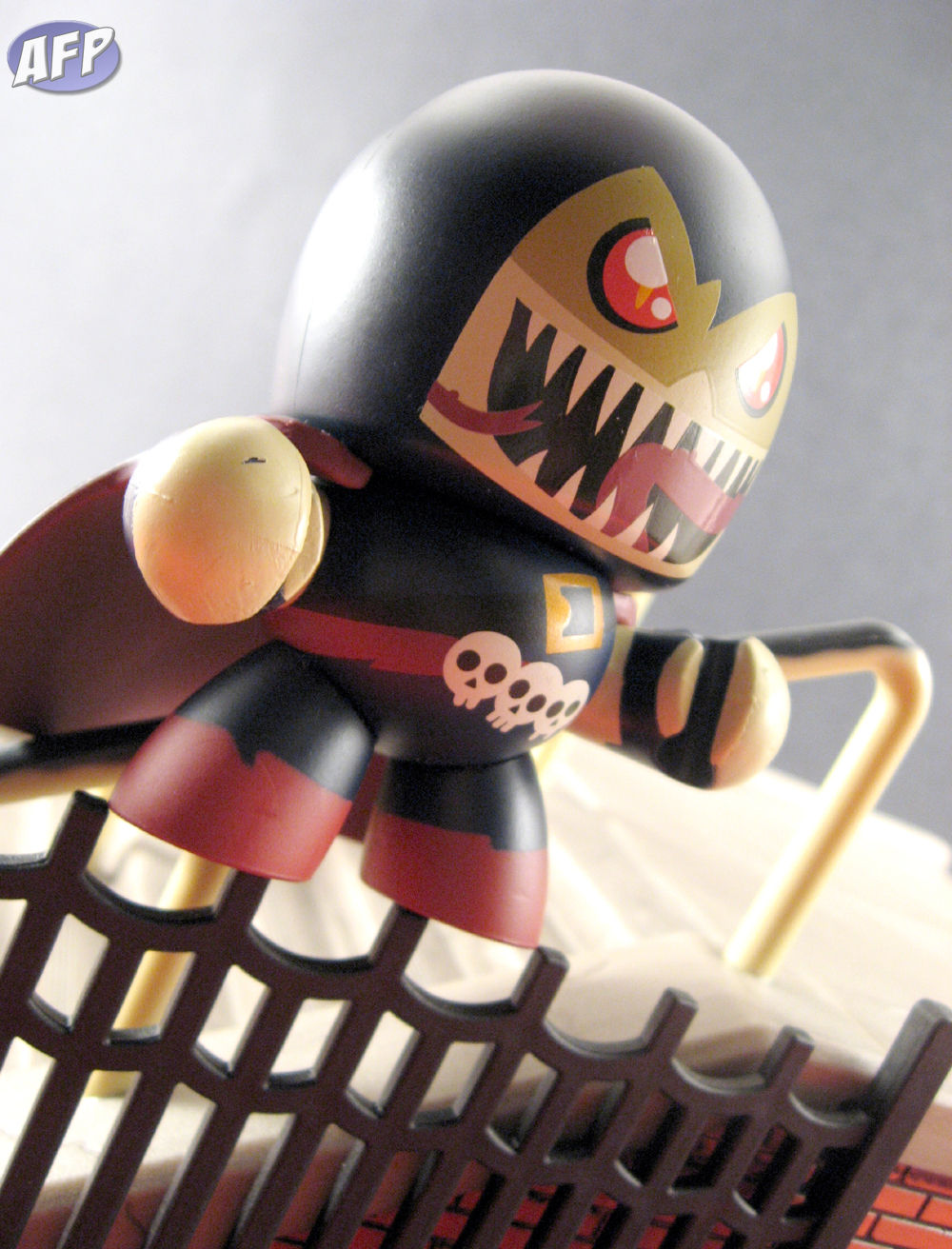 Then there’s Jonah Jameson. Poor Jonah. Why are you in this set? Sure you were there, but you’re always there. You’re a background character. This one really doesn’t make sense to me, considering the slew of other character that could have filled this slot. Peter, Scarlet-Spider, Doppelganger, Shriek, …But, here he is, being mad. 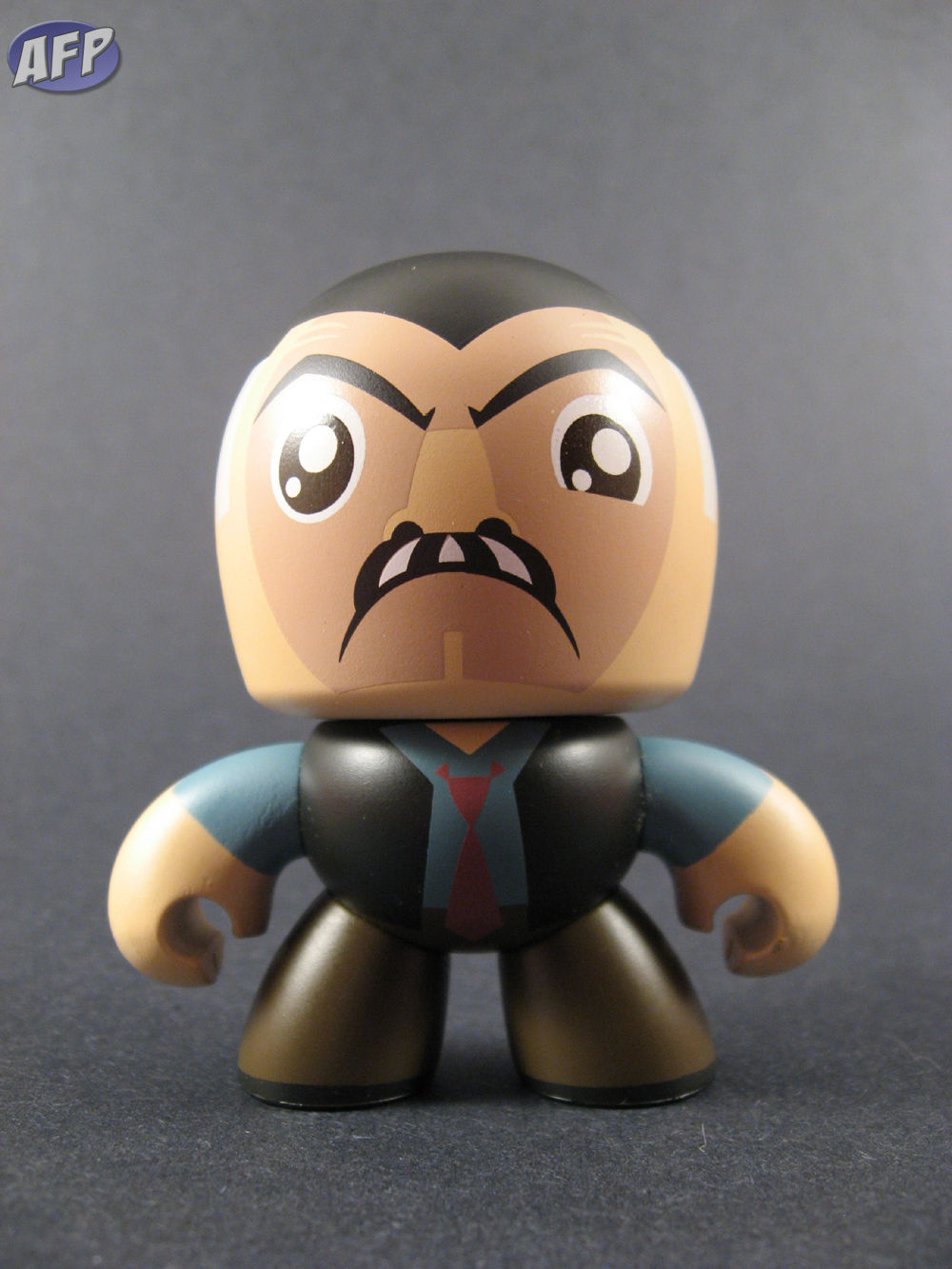 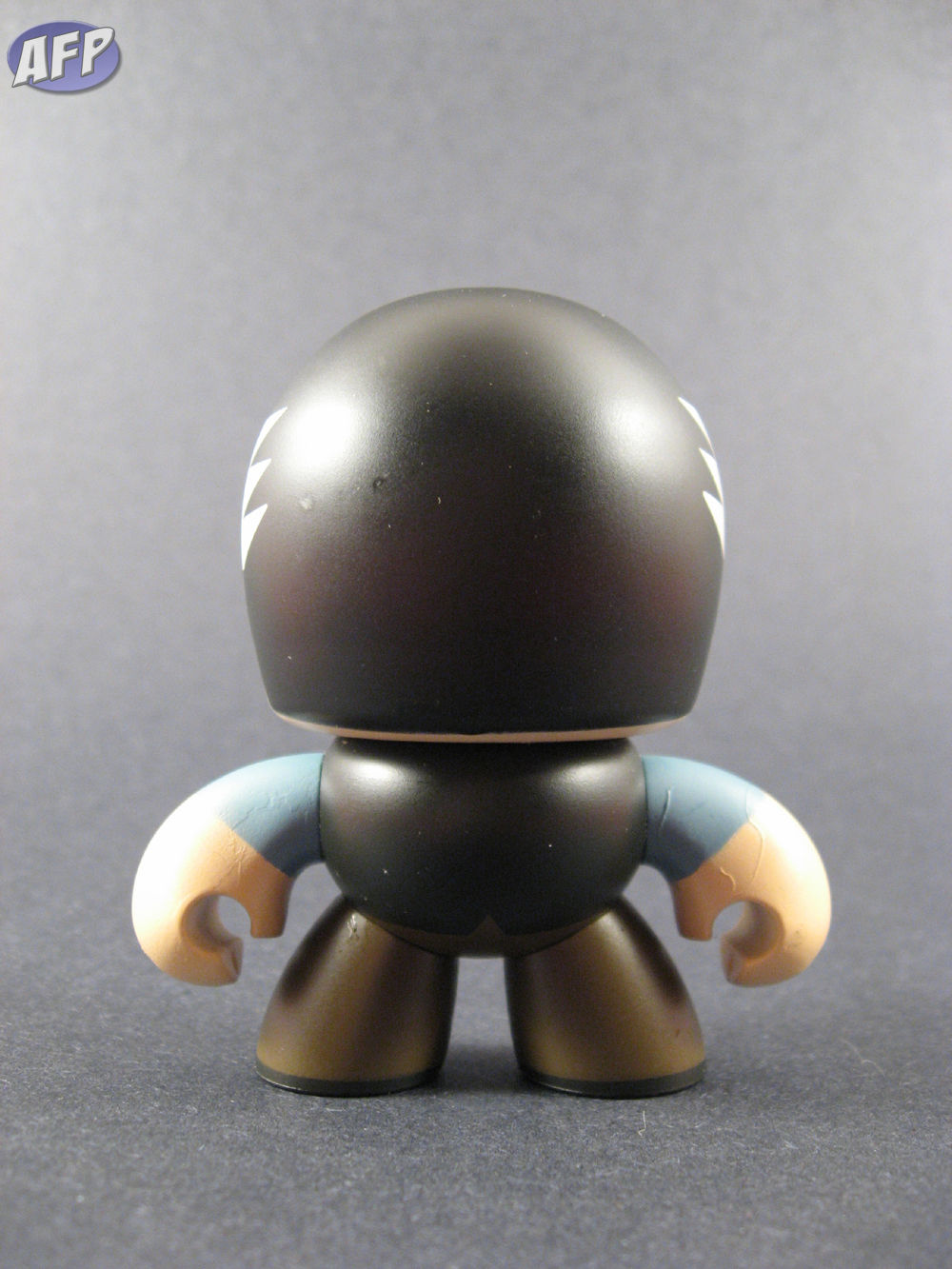 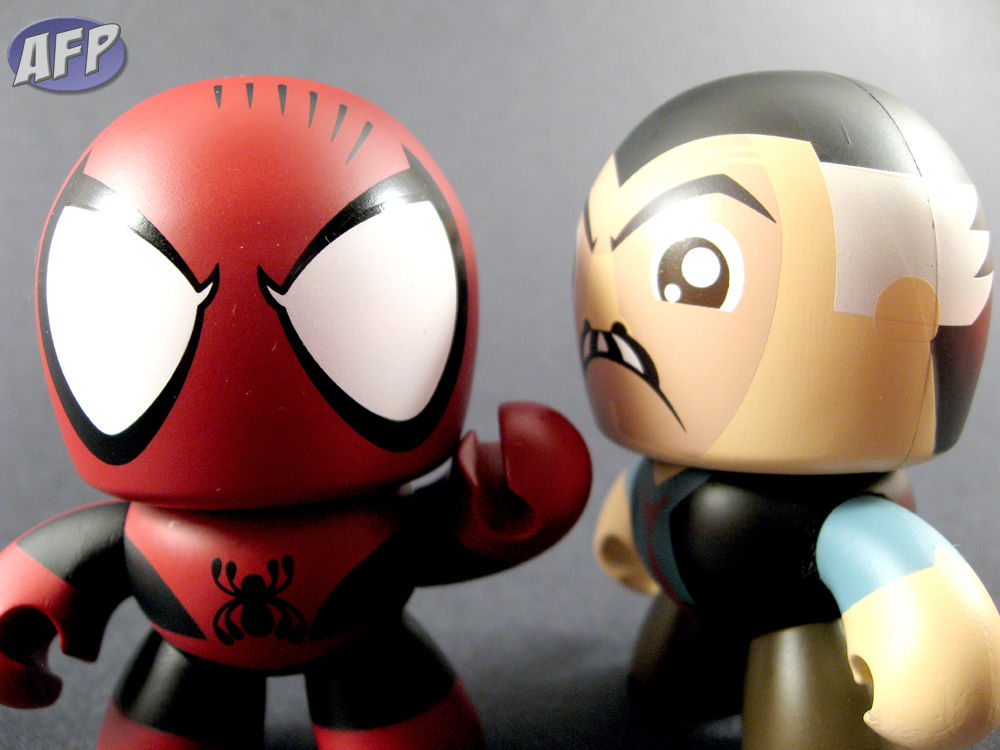 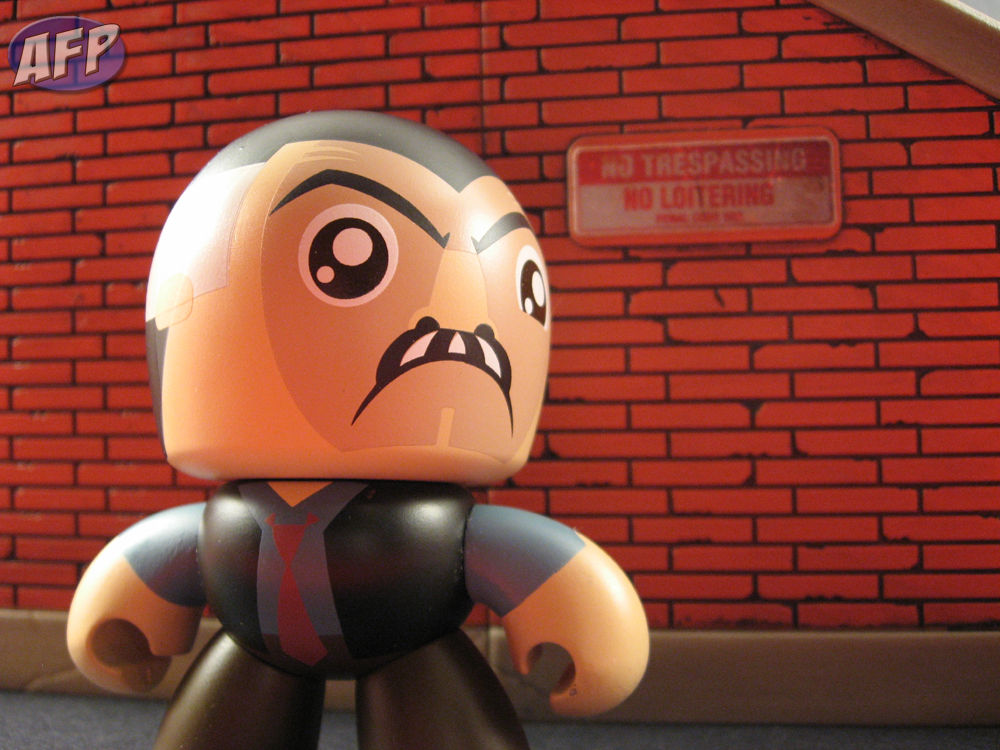 So in all, this is a great set for about $35. Considering original Muggs were $10 each, and these guys came in a cool con exclusive packaging, and the fact that these are all mostly characters not done in the larger scale, you can’t go wrong. But I still can’t help but feel a spot in the set was wasted with Jonah Jameson. With such a set of dynamic looking character designs, he really stands out as a boring dude in a suit. 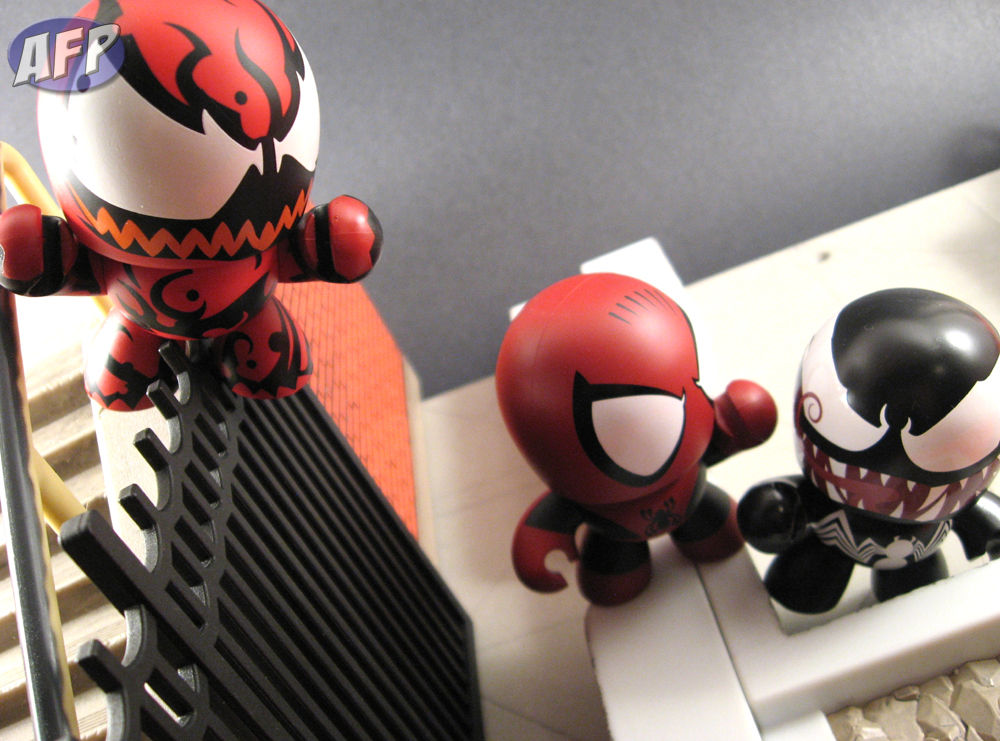 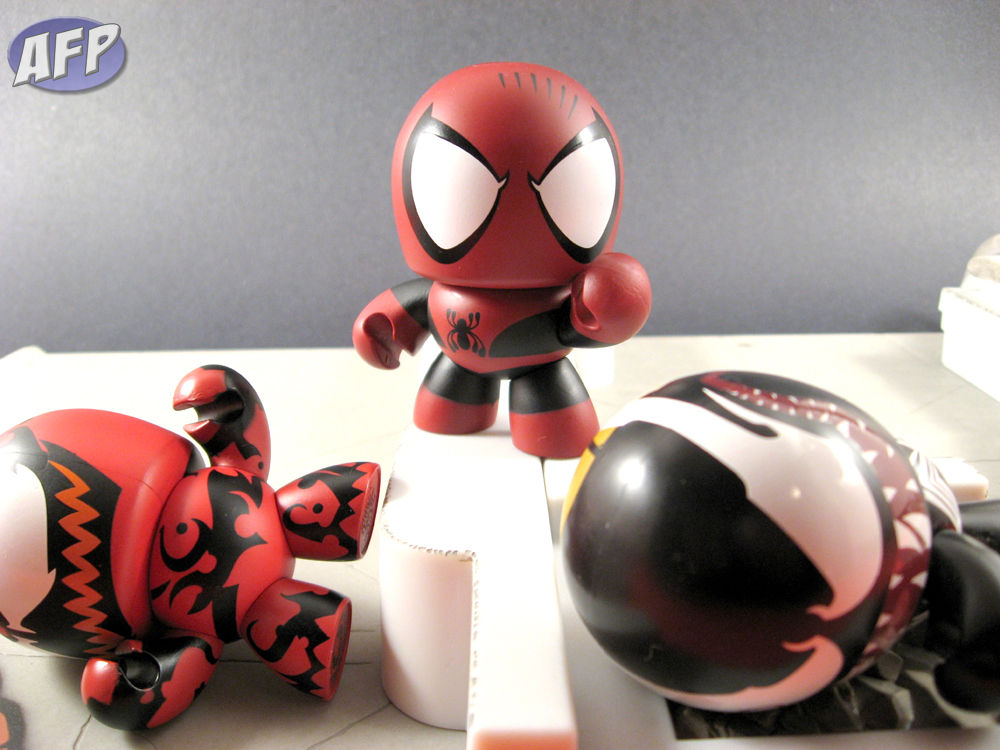 You really don’t have to be “into” the whole designer toy thing to like these guys. If you’re at all a fan of Spider-Man, Marvel, or that crazy early 90’s Maximum Carnage, then you’ll love this set. They stand easy, look great on a shelf, and are small enough to fit just about anywhere. 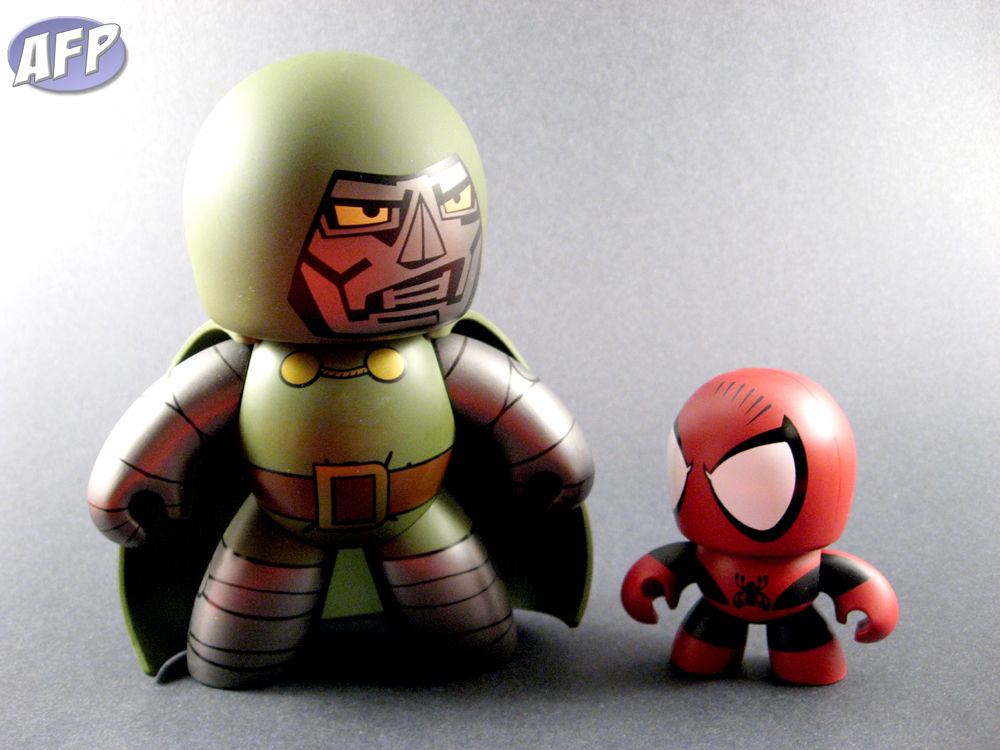 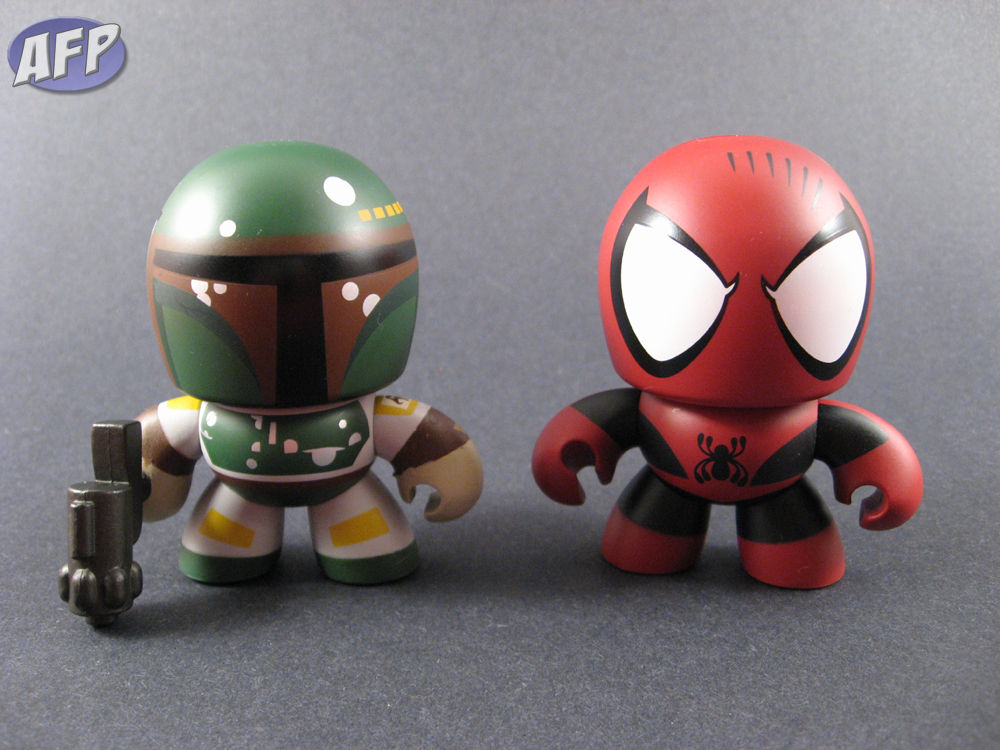 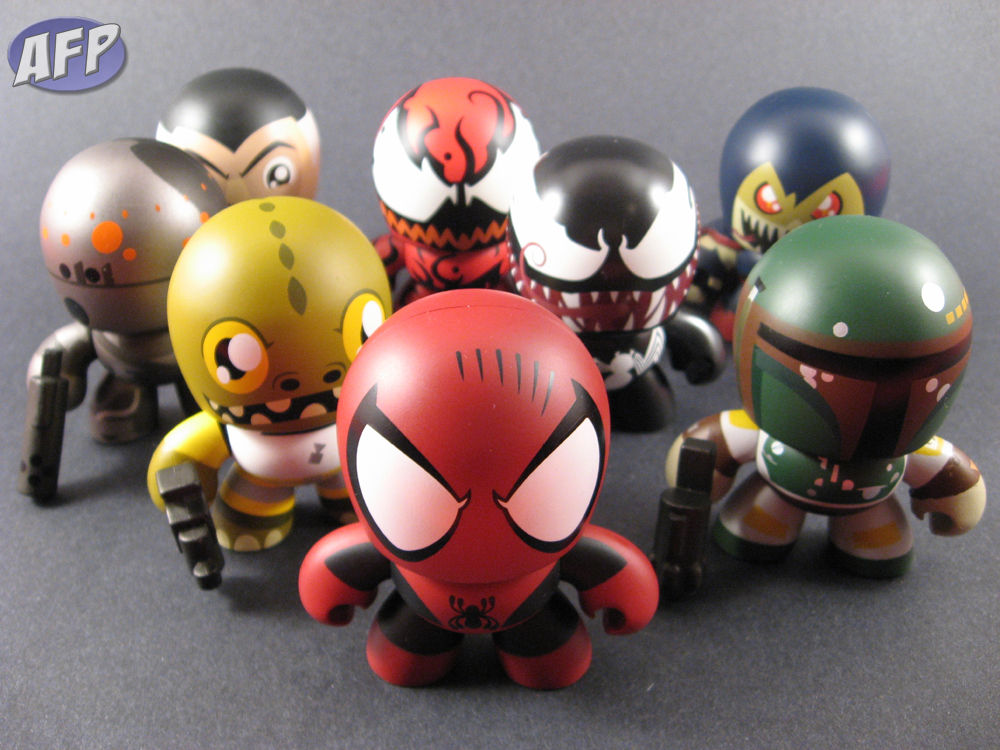 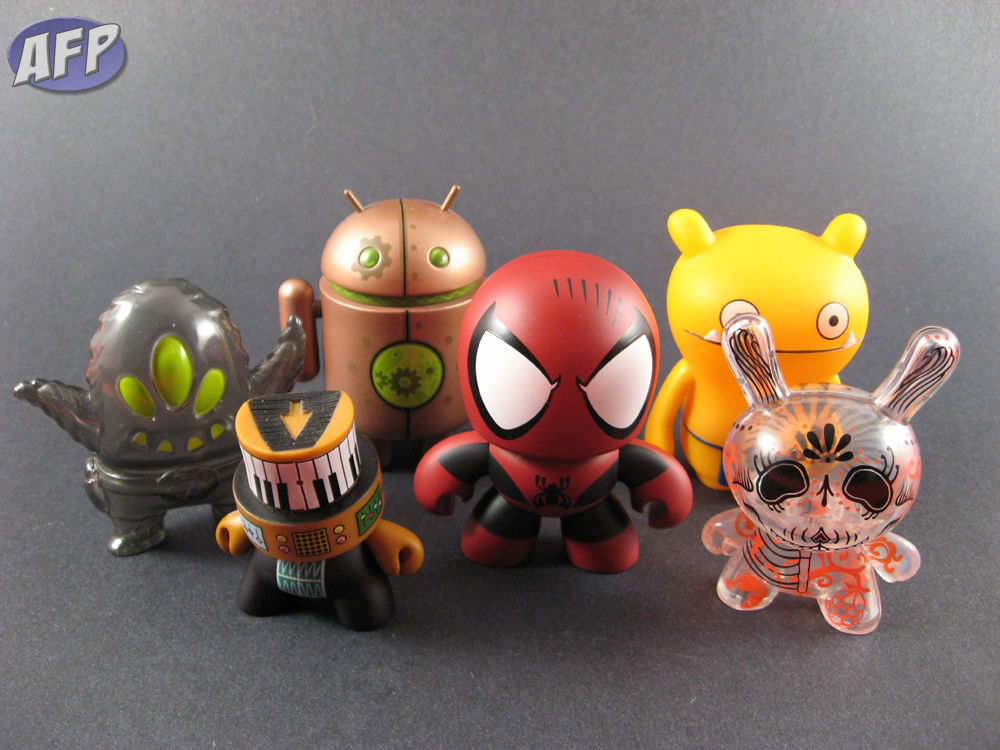