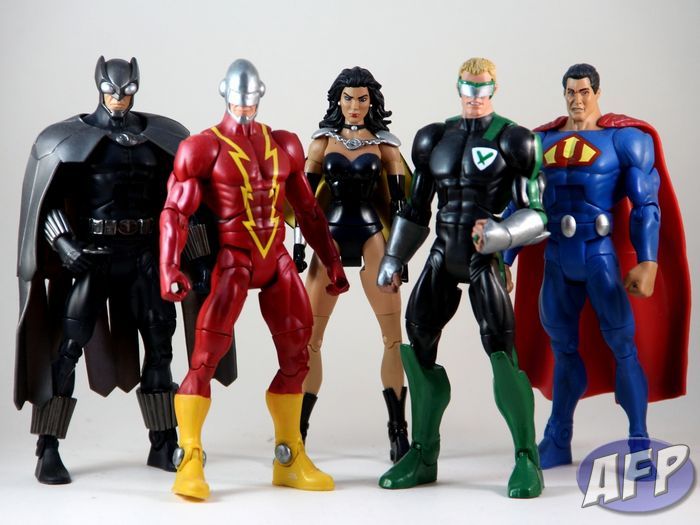 When the Wal-Mart exclusive DC Universe Classics Crime Syndicate 5-pack was released, I knew I would have to complete at least one of the teams with customs. Mattel’s decision to split the set up with both modern and classic versions of the evil Justice League analogues left me with three members of each team. On the classic front, I had Ultraman (from the MattyCollector DCUC Battle for Earth 3 2-pack), Johnny Quick, and Power Ring. For modern, I had Ultraman, Super Woman, and Owlman.

Ibentmyman-thing had already made a custom of the classic Owlman, so I asked him if he would make modern versions of Johnny Quick and Power Ring. 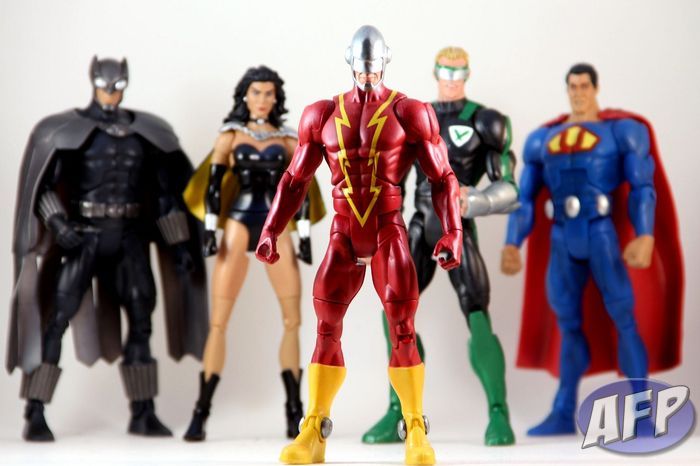 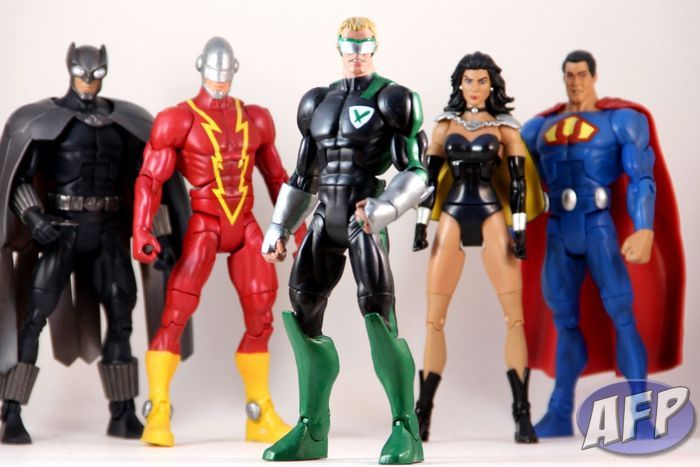 Because I hardly do any customizing anymore, I try to console myself with taking credit for the inspiration or direction I provide to guys like Benty. But in this case, I didn’t even get that. All I did was suggest the fodder – 5-pack Johnny Quick (dur dur dur) and Green Lantern Classics Ion for Power Ring. 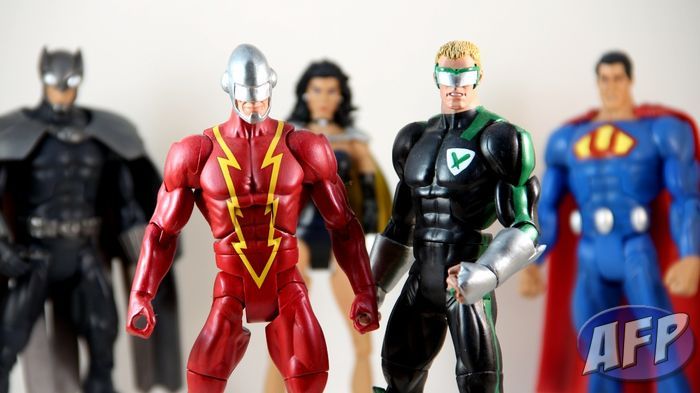 From there, Benty just read my mind (or the Earth Two comic by Grant Morrison and Frank Quitely), because everything he did was everything I would have done myself if I had the skill. The head sculpts (over the Johnny and Ion heads) are better than I could have imagined. 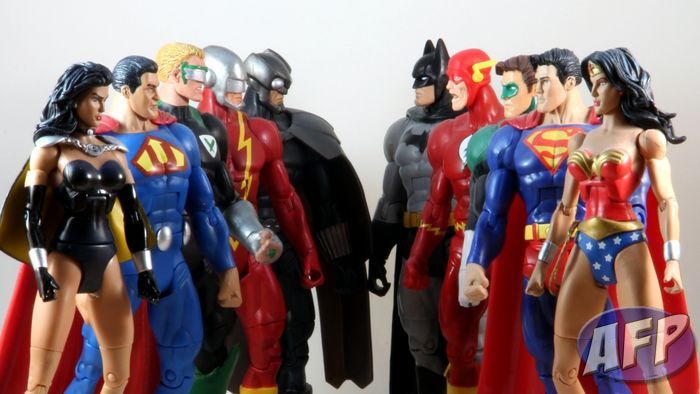 I can’t tell you how psyched I was to be able to take this picture. I might just have to ask Benty to make me a Wally West Flash (Barry’s looking a little worn out) and a crab mask Kyle Rayner, to complete the Morrison Earth Two collection.

You can find more of Ibentmyman-thing’s customs on the Fwoosh.