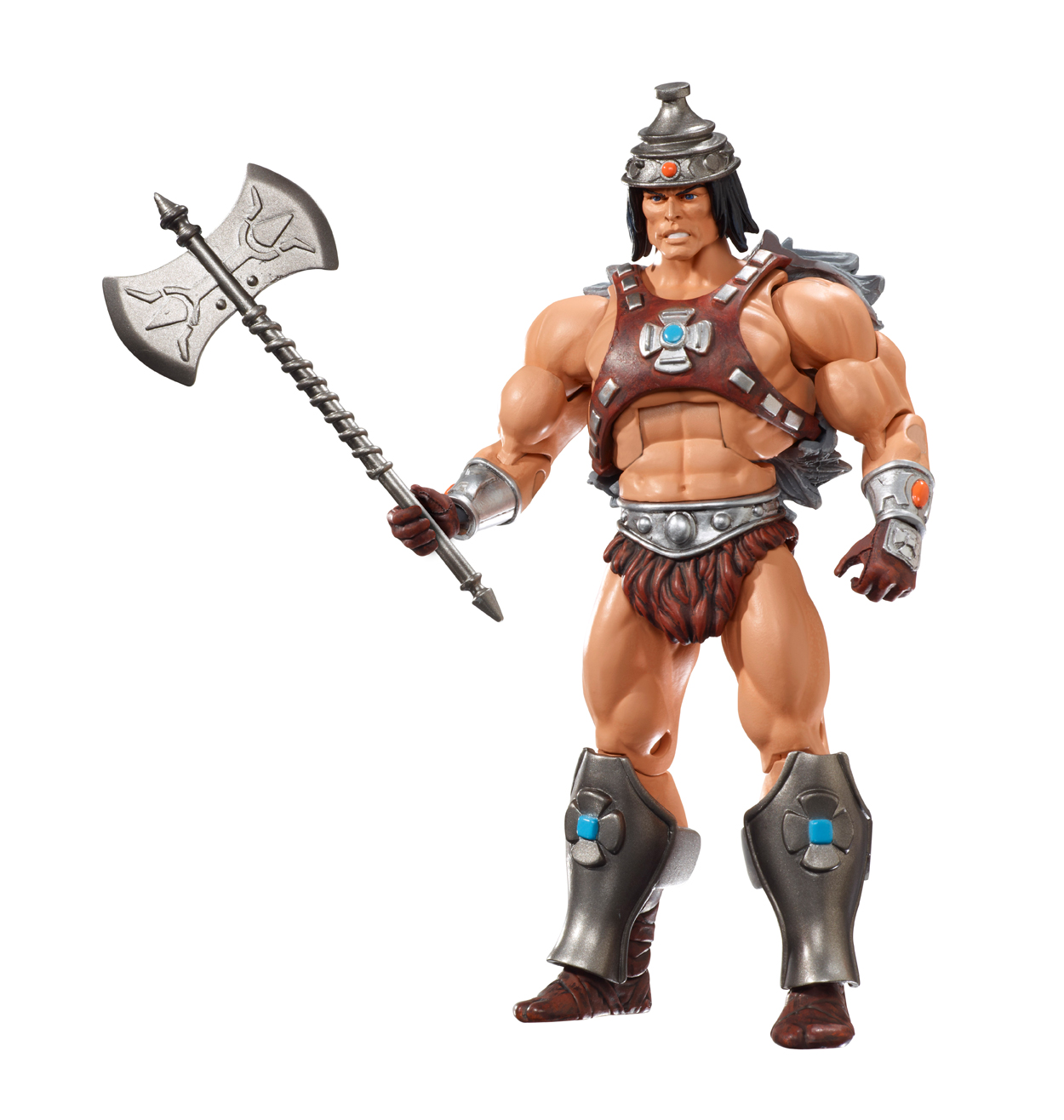 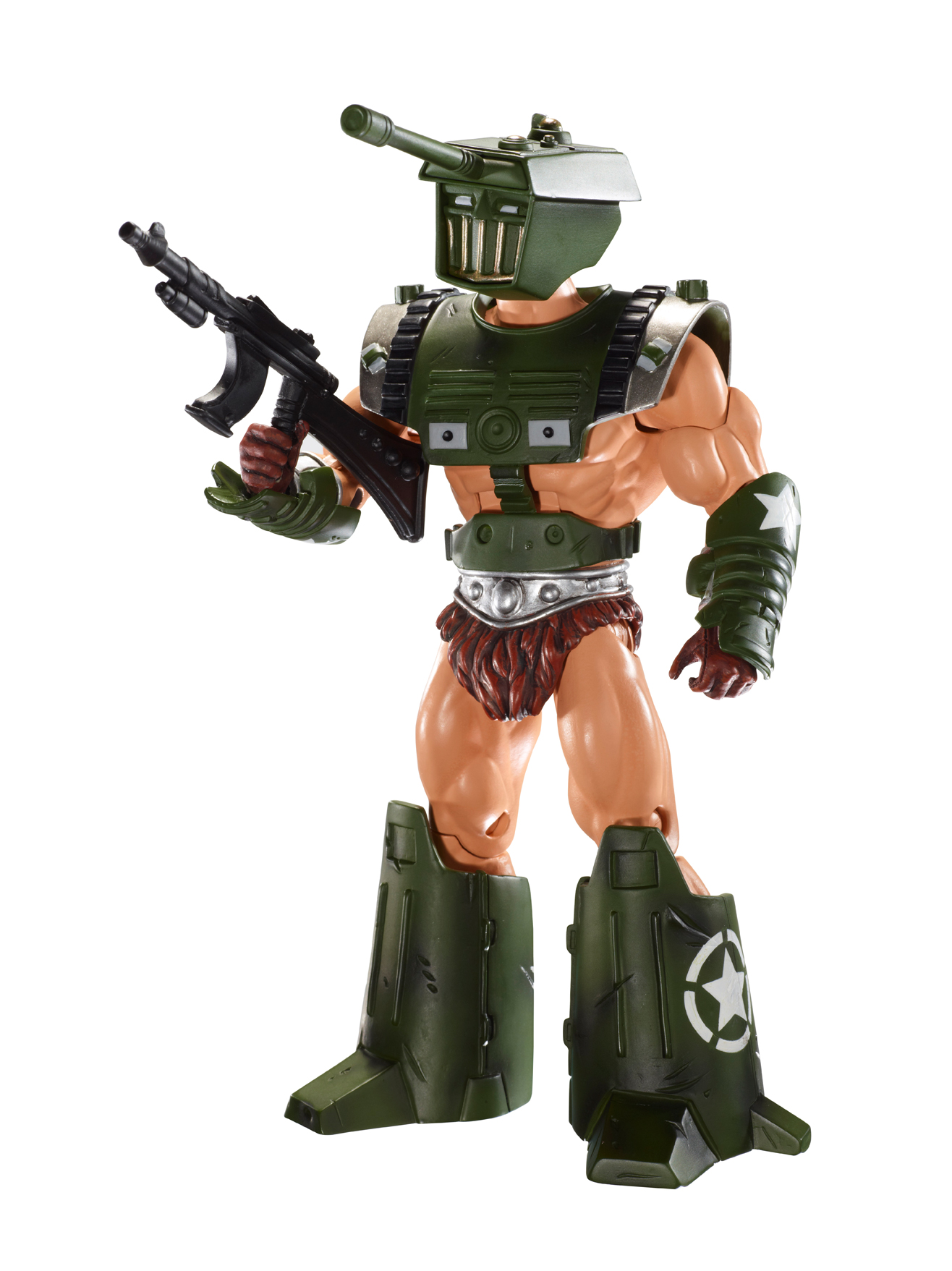 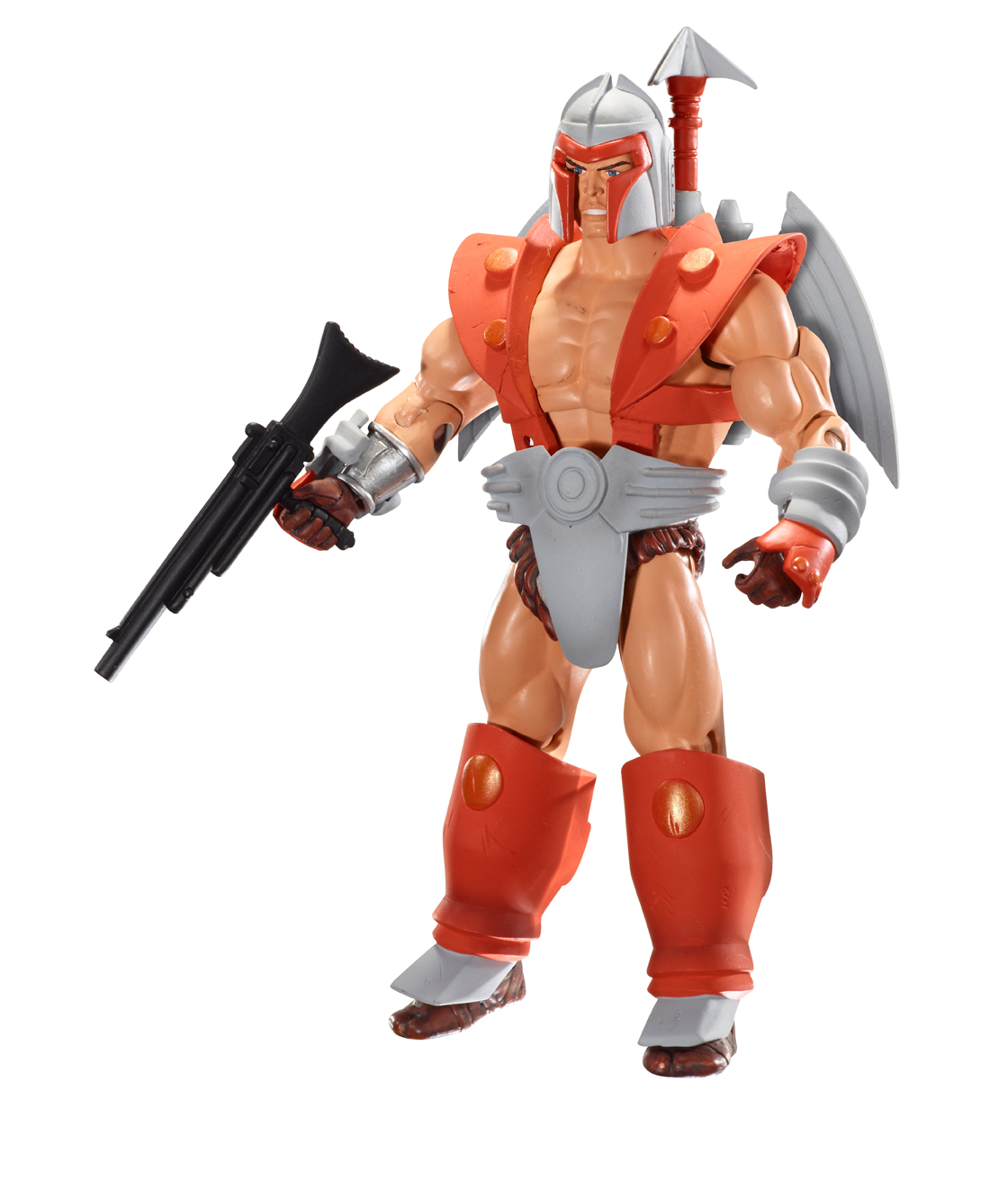 Maybe it’s just me, but with the San Diego Comic-Con exclusives Mattel revealed yesterday, I am starting to think they are losing touch with their core market for their collector-oriented lines – the little boys that grew up with toys from He-Man and DC Comics and now have a strong nostalgic pull toward their grown-up versions. I understand the Cars, the Tiny Titans and the Polly Pockets – those same guys now have little boys and girls of their own, and SDCC has become a family event. But the rest seem odd or somehow miss the mark.

Take the Masters of the Universe Classics Vykron, for example. This three-in-one exclusive takes the three prototypes that Mattel designer Roger Sweet originally presented to the executives before getting the green light for the original Masters line – and turns them into actual toys. That’s a very nice nod to the creator of Masters, but there’s a reason why the barbarian won out while the others got shelved. As with any commercial endeavor, there’s a creative process that takes the raw ideas, weeds out the weaker ones, and hones the winners into products with mass appeal.  With Vykron, Mattel is trying to transform preliminary concepts that didn’t benefit from this process (even the barbarian) – and ended up with a mash mash of parts that I don’t think work well together. Aren’t you glad Mattel ditched the Devo hat before Masters hit shelves for the first time? I think Vykron is one that will appeal mostly to a limited number of hardcore MOTU fans that elevated their fandom to the point where they became MOTU historians.

Between this and the 30th Anniversary series of figures created by Toy Guru, the Four Horsemen, Geoff Johns and the like, I’m getting the feeling that the creators of the toys are becoming more important than the toys themselves. I would have rather Mattel offered something less self-congratulatory and more appealing to the broader collectors. For instance, why not someone like Ram Man?

The Ghostbusters exclusive, Dana Barrett as Zuul, is closer to the mark, as Dana is one of the key characters from the original movie yet to be released (the other being Ghostbusters receptionist Janine Melnitz). It’s got a nice feature I last saw with Hasbro’s Slave Leia figure – interchangeable bottoms that can switch her from a standing to reclined pose. I just don’t think they captured Sigourney Weaver’s likeness all that well.

I think I am most puzzled by Mattel’s choice for their DC exclusive. Toy Guru has explained that Death (from Neil Gaiman’s Sandman) is the start of a new 8-inch line of “Stactions” – borrowing from what the Four Horsemen called their non-articulated follow-on to the MOTU 200X line that was produced by NECA. Death may be a good character choice for SDCC, but I really wonder what Mattel is thinking about the future of this line. The MOTU Stactions sold in specialty and comic book stores – with limited play appeal, I doubt we’d see these sell at a Toys R Us or other mass market retailers, even if the character selection were all Superman and Batman. This feels more like something in the wheelhouse of DC Collectibles (nee Direct).

If it’s intended as a future line for MattyCollector.com, I would suggest that Mattel focus on leveraging that channel by complementing its retail line (whatever that may turn out to be in 2013) with compatible toys, just with collector-oriented character selection. That way the retail lines can have broader appeal that includes kids, while Matty can build a market through its online channel for the collectors who are looking for more.

Here’s the official word from Mattel. What do you guys think of this year’s exclusives?

Here’s your first official look at the products we’re planning to have available at this year’s convention. Some items will be available for pre-order at our voucher pre-sale from 5/30 at 9am PT through 6/14 at 11:59 pm PT for pick up at SDCC or after the show here on MattyCollector.com, and all will be sold at SDCC. Check back for updates, including images of the Hot Wheels® vehicles and the reveal of something ghoulishly good from Monster High®!

If clothes make the He-Man®, then this pitch prototype for the 1982 lineup is destined to be the star of the MOTU 30th Anniversary celebration thanks to a choice of three outfits: barbarian, spaceman, and military warrior! You’ll get him in-package dressed as a barbarian only at SDCC , but you can find him here at MattyCollector.com after the show packed as a spaceman or military warrior (all three outfits are included regardless of where he’s purchased). Want to know more about this multi-purpose warrior? Set includes one “buck,” or figure, with three different outfits/helmets to interchange between space, military and barbarian looks. Check back for the history of Vykron™, soon to be disclosed…

They may be miniscule, but they’re mighty! The core team of Tiny Titans is rendered in 1-1/2” scale in this 5-pack of collectible figures including Robin, Raven, Starfire, Cyborg, and Beast Boy. Sidekick City Elementary is just a quick bus ride away with packaging featuring specially commissioned artwork from Tiny Titans’ series creator. The display base has both the official Tiny Titans logo and a “flight” stand just for Raven.

Some envision Death as a grim reaper or dark angel to be feared. But as created by Neil Gaiman for DC Comics’ line of Vertigocomics, the Sandman`s older sister is pretty, perky and always gets the job done. She`s been around since the beginning of time and is exactly the kind of girl you`ll want to follow into the unknown. Our 8” figure of Death wears her trademark ankh necklace and comes with a skull-themed display base.

“There is no Dana, only Zuul!” Our long-awaited 6” figure of Dana Barrett as Zuul from the first Ghostbusters™ features authentic, film-accurate sculpting right down to her golden gown. And, with two interchangeable lower bodies she can stand or, when she tires of waiting for the coming of Gozer, sit on the included bench display.

This year’s Comic-Con vehicle captures the hilarious scene from Cars 2 when our beloved Mater finds himself in a Tokyo bathroom stall. Just like in the movie, Mater is surprised with flashing lights, catchy music, and a thorough scrub down! This memorable moment comes to life with moving side jets, as well as a jet that springs up to clean Mater’s undercarriage, lifting his back wheels off the floor. Covered in suds, Mater experiences hi-tech action unlike anything he’s ever seen in Radiator Springs!

It’s a guaranteed adventure with this trio of comic-book character costumes for Polly® and her friends! Polly®, Lila® and Lea® arrive in a themed 3-pack dressed as their favorite DC Comics villains: Catwoman, Poison Ivy, and Harley Quinn.

Images of these items are in the works as you read this so be sure to come back soon!