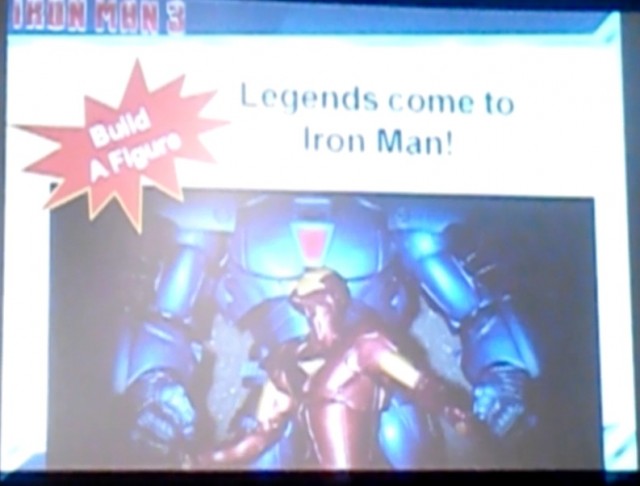 Hasbro held its Marvel panel at San Diego Comic-Con today. During the panel, Hasbro confirmed that 2013 will be the year of the mini-Build-a-Figure, with Hit-Monkey being the first. They also teased that there would be one Iron Man Legends wave, with a normal oversized BAF.