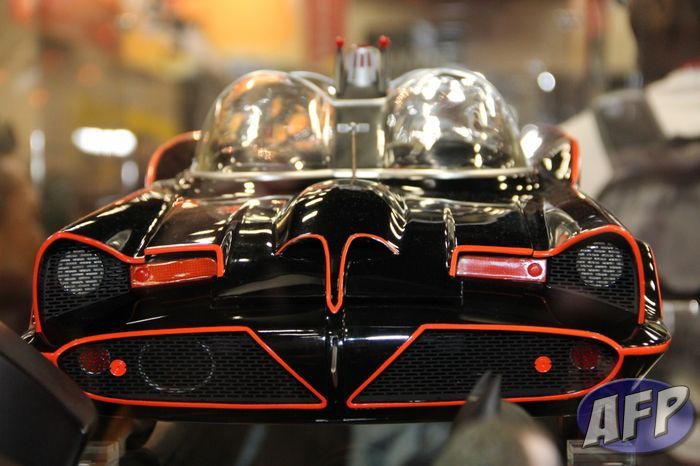 Ready to get your mind blown? Hot Toys (via Sideshow Toys) had a number of 1/6 scale Batman vehicles on display, including the classic Batmobile from the 60’s show. I also snapped pics of a couple of Barney Ross figures from the Expendables, Metal Gear Solid, Batman, and Avengers figures.

These Bat vehicles are amazing, but I imagine even they will be dwarfed by The Bat, which was not on display. No Bane either.

I guess it’s tougher with some ensemble movies to get more of the cast in, but not every movie can be the Avengers. I was telling Sandman earlier I never played MGS, so I have no idea who the Boss is, except that it isn’t Tony Danza or Bruce Springsteen.

No Hulk on display, but the rest of the guys look great. I’ll have to go back for more pics, including Cap – only shot I had of him was blurry.