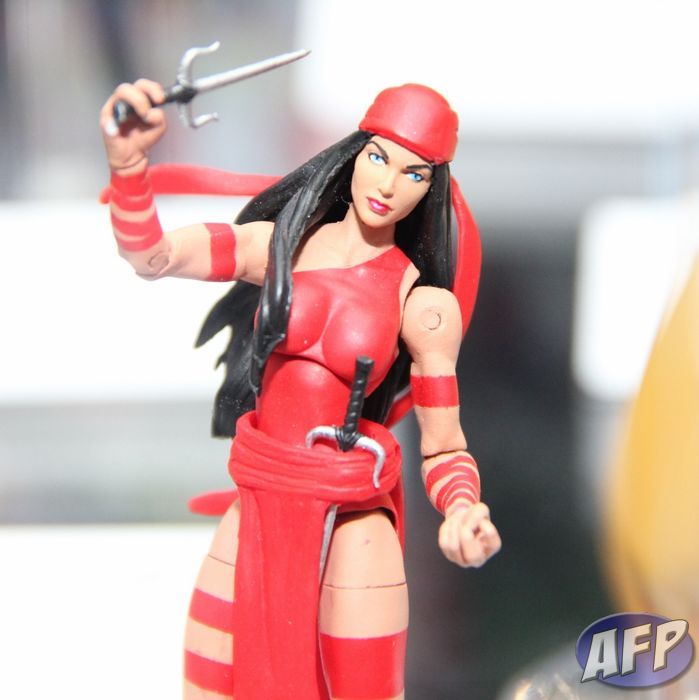 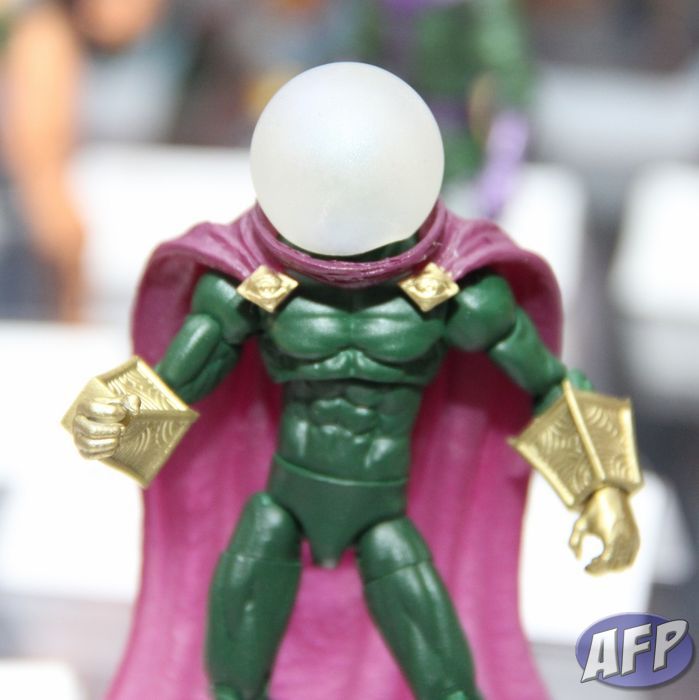 Over the course of Comic-Con, Hasbro added some new figures to their Marvel Universe display (see our SDCC 2012: Hasbro Marvel Universe Preview Night post for more pics) – Elektra and Mysterio were the final additions, and are marked as the first MU wave for 2013.

For those of you who were disappointed at the lack of Marvel Universe reveals, take heart – Hasbro assures us that the line is still going strong. Dwight Stall was telling folks at the Hasbro booth that they had shown a lot of upcoming product at New York Comic Con and Toy Fair. Later at the Hasbro Marvel panel, the team indicated that the retail channel was a little backed up with respect to MU, due to the shelf space occupied by the Avengers line. I think these two things together have pushed some of that upcoming product out a cycle or two – hence the lack of new stuff to show.

Elektra highlights an updated female body that is very welcome to the line. The added hip swivels will add a lot to the poseability of the figure. The painted prototype and that head sculpt is really beautiful, and I hope that it makes it through production intact. For Mysterio, someone asked at the Marvel panel what head is sculpted under the globe. Hasbro gave a very indefinite “wait and see” answer, but I have heard that the sculptors did put in a specific head – whether that will make it to the production figure is not clear at this time. Anyone want to speculate as to whose head is under there?