DC Universe compatible comics-based Watchmen figures were one of the most exciting reveals for me at San Diego Comic-Con, and a limited, six figure subscription is a great way to deliver them. Club Black Freighter will deliver one of the modern “Crimebusters” every other month. Mattel just posted their official pics of Rorschach and Dr. Manhattan on their Facebook page. 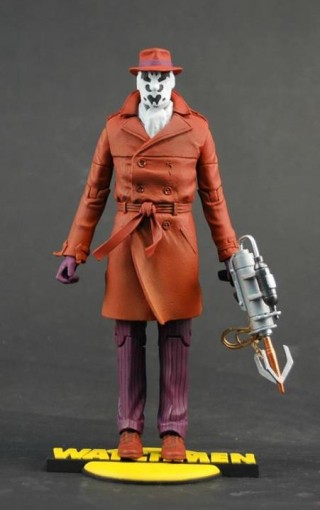 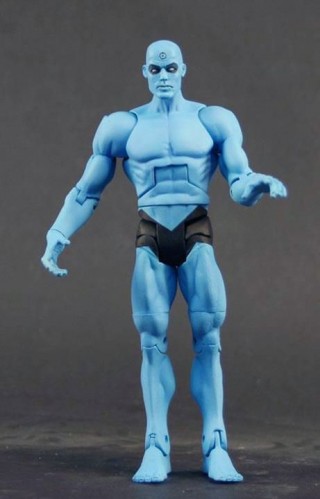 Club Black Frieghter [sic] is in full effect! Only 4 more days to sign up on Mattycollector.com to get all 6 of Mattel’s comic styled Watchmen figures, one new figure approx every other month throughout 2013!

And all of these figures will come on an AMAZING Watchmen package based on the Absolute Watchmen box. Frank Varela our collector package designer extraordinare is hard at work on what may be his greatest packaged execution ever! Images of the final package as soon as we have it. But for now, here are the first two figures Rorschach with his grapple gun and base and Dr. Manhatten (base not shown, but same as Roschach).

All the Watchmen figures use the same “shared part” system as DCUC/Club Infinite Earth so they will fit right in with your exisiting collection!