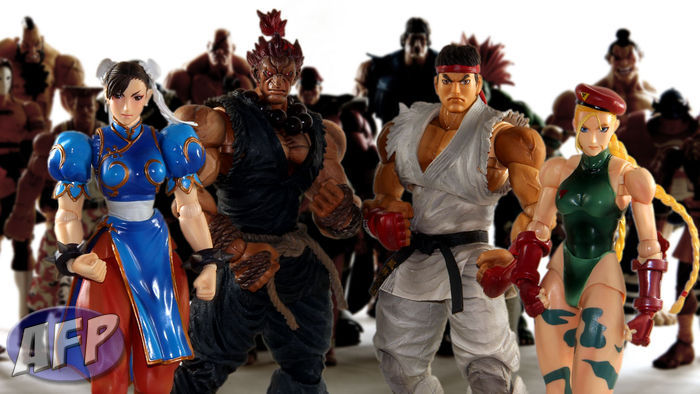 I really do love the Square Enix Play Arts Kai Street Fighter figures. They’ve got great sculpts and paint, and the articulation scheme really gives you some awesome poseability. As I was fiddling with the four that have come out, Chun Li, Akuma, Ryu, and Cammy, I was reminded how much I loved the SOTA Street Fighter figures, and how many of those came out during its all too short toy lifespan. Even though their scales don’t match, I wanted a shot of them together, so I put this together, showing off the newcomers from Square Enix in the foreground, with the SOTA line as the backdrop.

I figured I wouldn’t be able to achieve the look I wanted in a single shot, so I planned to combine two shots right off the bat. I had in mind some backlighting for the figures in the background, so I took some experimental shots. 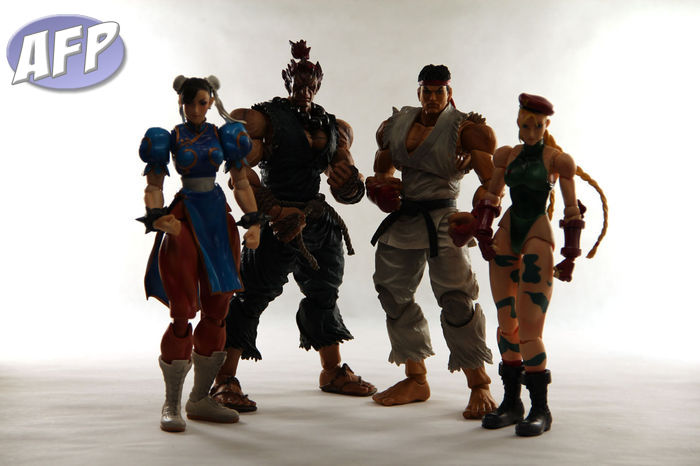 This shot of the four Square Enix figures has my two remote flashes set behind and to the sides of the figures. While I have found this to be a pretty good stylized look, it works better with larger scale figures, I think because my flashes do throw off a lot of light. I also think it works better with sharper sculpts – here, it would work better with Akuma and Ryu, but not so much for Chun Li and Cammy, as their forms are a lot softer. This shot would have been better with my aperture setting, as I didn’t get the two girls in good focus. 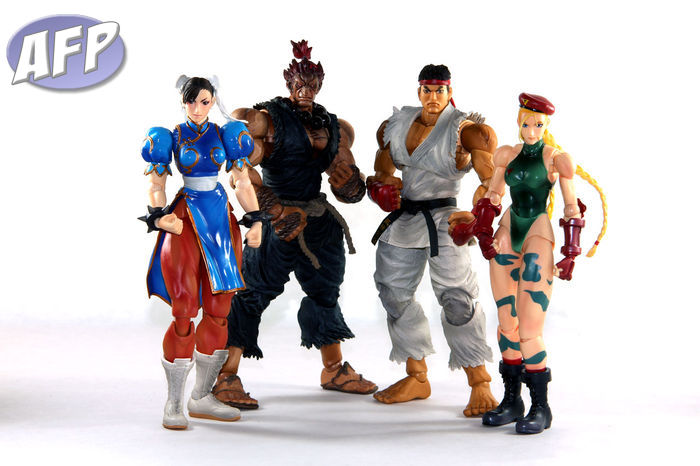 I eventually used this shot as my foreground in the group picture. Here I’ve blown out the white levels perhaps a bit too much, such that the background is eliminated completely – compare to the backlit version for reference. This has my two flashes to the sides of the figures and uses my camera flash at full strength as a fill. In some cases I’ll adjust the onboard flash to fire at a lower strength so as not to overdo the fill, but as it’s inherently weaker than my flash units I didn’t have to here. 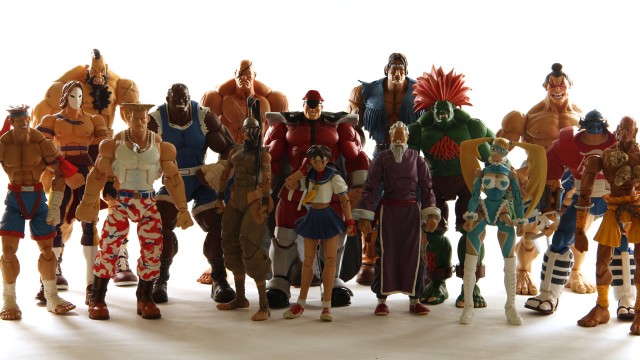 Here’s the SOTA group shot I put together for the backdrop. My flashes were set up behind and to the sides for backlighting, but since I had most of the figures in a pile at the front of my shooting surface, these guys were set up relatively close to the flashes compared to the test I did with the Square Enix figures – as a result they took a little more light up front than I intended. However, this was an easy adjustment when I composed the shot in Photoshop – all I did was up the black levels by a bit. To make sure the Square Enix figures had the emphasis, I took the saturation down by half. And, as I typically do, I gave the layer a little blur for a depth of field effect. 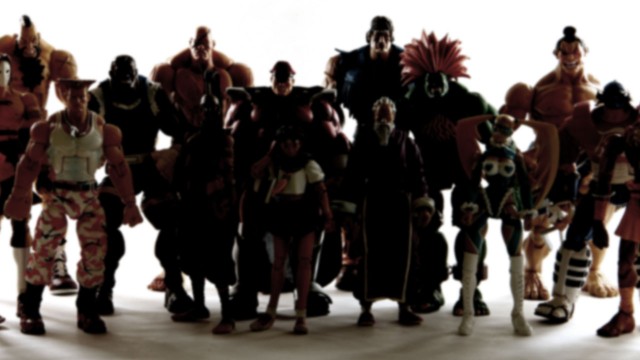 Here’s the adjusted shot for the background.

For fun, see if you can figure out who’s missing from the SOTA shot (not counting Chun Li, Akuma, Ryu, and Cammy, of course). There were two I know I missed, but are there more? 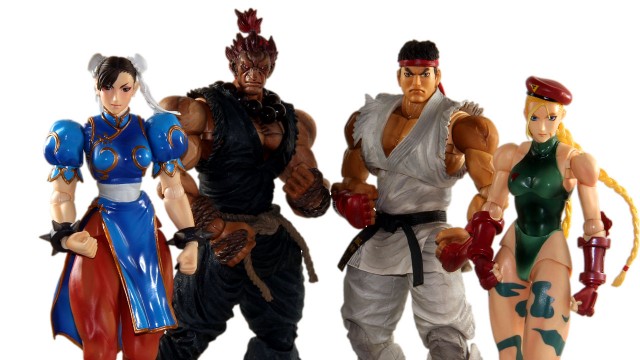 And finally, this is the foreground shot – the white portions being transparent, of course. The white levels were not quite as blown out as they were for the earlier shot, and the background was removed with the Magic Wand with some Eraser work.

I don’t know that I’ll ever get to a proper review of the Square Enix figures – suffice to say they’re the best Street Fighter figures I have, and I hope that we’ll eventually see the breadth of characters in this line that SOTA was able to make when they had the license.