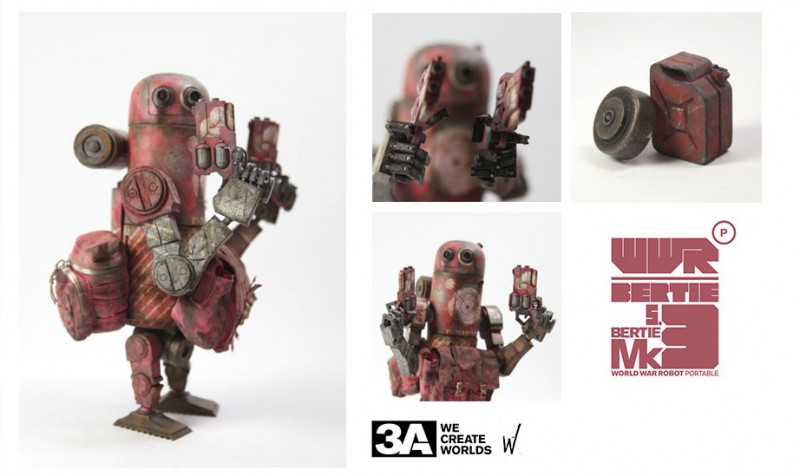 The pre-order window for the 3A Toys Real Steel Atom has been closed – if you missed out, you’ll still be able to pick him up when the retail version is released, but he won’t come with the in scale remote control that is exclusive to the Bambaland version. In Atom’s place, 3A has put up this dual pistol wielding Bertie, in the Bromwich colorway. Now, I’m a sucker for dual pistols, but I’ve got to draw the line at one pink killer robot a month – and I pre-ordered the “Hellboy” bot (the battle-damaged Pinky) just under 2 weeks ago.

But for those of you looking for a weathered but not damaged WWRp Bertie Mk 3.5, the Bromwich here is the first to be offered. And it looks like they’ll be spreading these guys out like they’re doing with the WWRp Grunts, instead of bundling them together in a 12-pack (or whatever number of colorways they’ll eventually get to.) You can pre-order the Bromwich at Bambalandstore.

One thought on “ThreeA Toys WWRp Bromwich Bertie Mk 3.5 Up for Pre-Order Now”