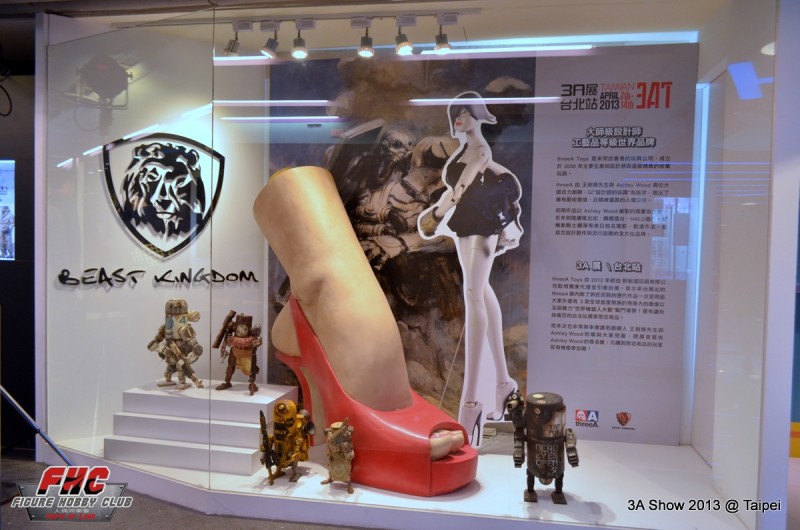 I’d love to get to all the toy shows around the world – right now 3A Toys has a toy / art show going on at Beast Kingdom Toys in Taipei, Taiwan. In addition to the massive displays of World War Robot, Adventure Kartel, and Popbot, I was excited to see some new prototypes and figures from some of the newer licenses that they’ve acquired. Chinese site Figure Hobby Club was there to capture these shots, and they’ve got not one, but two massive threads of all the action at the show.

I’ve grabbed a couple of shots of the new Real Steel, Valve (Portal), and other figures that stood out. In particular, the Capcom prototypes were really illustrative of the kind of work 3A can do that is not 3a-styled, if you know what I mean. Should give some ideas on what we might see (or not see) with respect to the Marvel license.