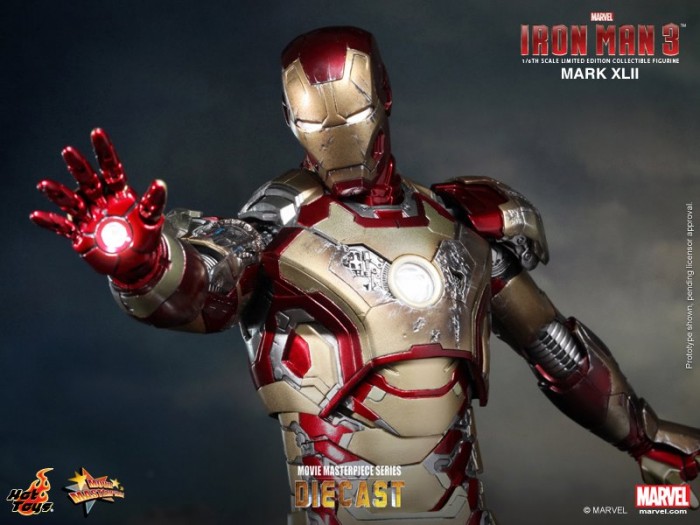 It should be no surprise that Hot Toys is making a Mark 42 figure for its Iron Man 3 line. However, they’ve only announced Diecast figures so far – the Hot Toys Diecast Iron Patriot was the first.

It appears that the diecast products will command a $50 premium over their normal (read: plastic) counterparts. The Mark 42 and the Iron Patriot are being sold for around $309.99 by online retailers. The recently announced limited edition (and plastic) Mark VII from the Avengers line is going for $259.99. Both the Mark 42 and the Mark VII feature LED lights, alternate heads and hands, and interchangeable armor pieces for pristine and battle-damaged looks, so it’s a fair comparison.

Marvel’s Iron Man 3 is coming to town this month and Hot Toys is proud to present the 1/6th scale Mark XLII Limited Edition Collectible Figurine from the Iron Man 3 movie for the MMS Diecast Series. This is only the second collectible to be introduced in our premium Diecast Series.