I already love spending time at the Sideshow Collectibles booth at San Diego Comic-Con – it’s massive and chock full of 1/6 scale goodness. And even though it’s just a couple days away, Hot Toys is still driving up the pre-show hype with previews of some figures that will debut at the big show at Sideshow. We saw the Hot Toys Batman Classic TV Series Batmobile last year, and finally we’ll have an Adam West Batman and Burt Ward Robin to go with it.

Hot Toys teased the Iron Man Heartbreaker armor previously, but it’ll be nice to see it (and a ton of other Iron Men, I am sure) up close. And I had no idea they were doing Lone Ranger figure(s) – Johnny Depp’s Tonto is up first, and I can’t imagine that Armie Hammer’s Lone Ranger will follow soon. 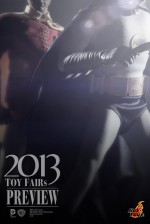 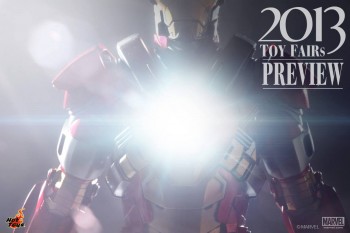 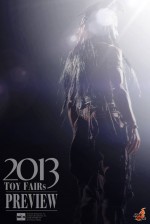 San Diego Comic-Con, one of the biggest summer events of the year, will be starting next week from July 17-21!Hot Toys is very excited to be firstly unveiling the prototypes from a number of licenses at the convention.Do visit our exclusive distributor Sideshow Collectibles’ booth #1929 to see these new collectible figures in person!And to kick off – “Nanananana…Holy showcase!”More will be coming soon, please stay tuned!