The AK Golden Dolphin set was the first of the Adventure Kartel sets needed to get a promotional AK Shadow. I was still decompressing from SDCC when that pre-order went up, so I missed posting about it.

The Dead Astronaut Gangsta set is the second of the four sets for that Shadow. The white and black Gangstas will also be available as singles (with no Shadow promo later, of course). It all goes up for pre-order on Bambaland today in a couple of hours, at 6PM EST. The window for pre-ordering is 24 hours. 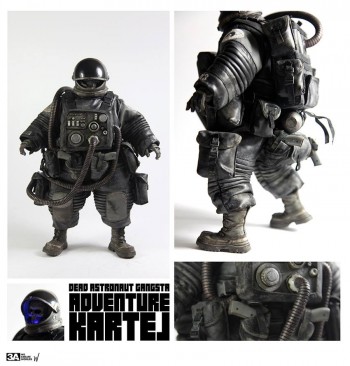 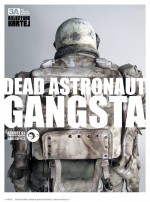 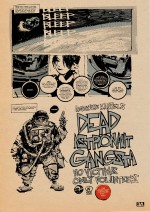 As part of standard pre-order, we will offer two singles and AKLUB set.

Set of Black and White Dead Astronaut Gangstas comes with sweet EETU accessory exclusive to the set. This set will be the second set (GOLDEN DOLPHIN NO SHIT ON THESE FLIPPERS SET – was first) purchase within AKLUB (Adventure Kartel club) which goes towards 1/6th scale MS SHADOW figure. To remind you: MS SHADOW will not be available anywhere else and to receive it you have to make four AKLUB sets purchases; MS SHADOW comes free, however you will have to cover the shipping charges. AKLUB isn’t limited to 3AA members only.