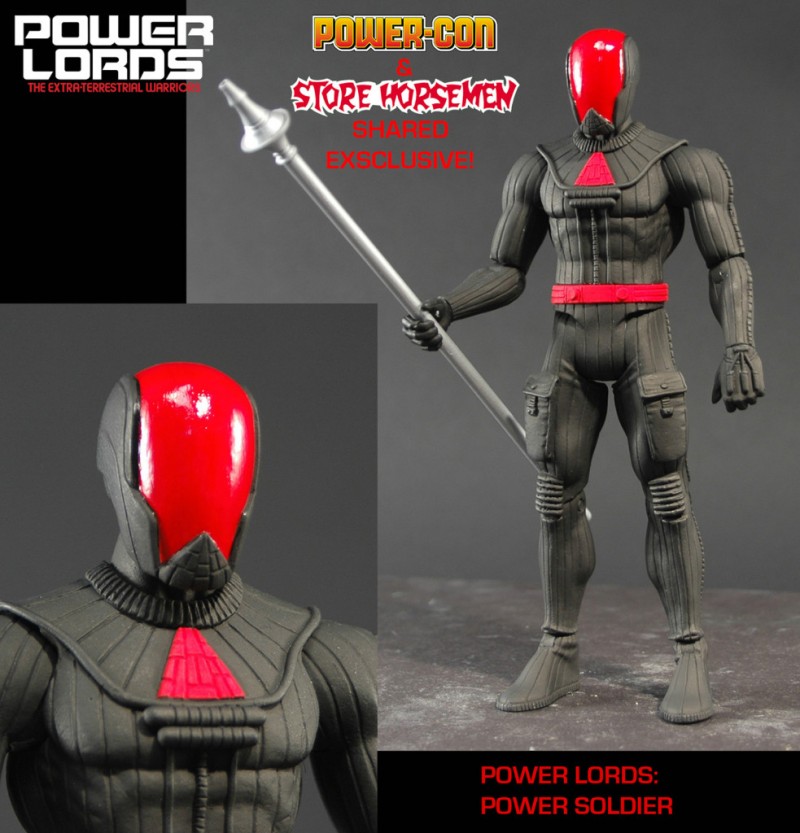 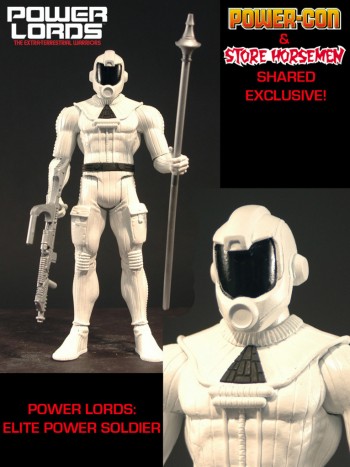 It’s moves like this that make the Four Horsemen fan favorites among toy collectors – after a crazy four minute sell-out of the Power-Con Power Lords exclusive Power Solder and Elite Power Soldiers (that’s a lot of “power” in one sentence), they’ve announced that they’re going back to manufacturing to make more. And to make sure no one’s left out, they’ll have a pre-order window that will stay open, and they’ll make however many more needed to meet the demand.

But after this, the Power Soldiers won’t die, but they’ll fade away, forever. Don’t miss this second chance – order between September 19th at 3PM EST (that’s tomorrow!) and September 22nd at 3PM EST at http://www.StoreHorsemen.com.

As you may know, the recent releases of our Power Lords: Power Soldiers and Elite Power Soldiers were far more popular than we were expecting and not only did the allotted amount of 250 pieces sell out at the 2013 Power Con in less than 40 minutes, but the 250 pieces that we had set aside to sell on Store Horsemen sold out in less than 4 minutes. Needless to say we were stunned and had a tough time managing the traffic that hammered our online store in that few minutes. So much so that we had accidentally taken orders for over than 200 more pieces before we had the chance to put all orders on hold to check the order amounts versus the amount we were actually going to have in stock. Even then we realized that there were MANY other fans that still wanted to get their hands on these figures, but for one reason or another weren’t able to.

We always want fans who want our toys to be able to get them if we can help it. This time we can…

We’re going to put these figures back up for pre-order for those of you that missed out, and you’ll have 72 hours beginning Thursday, September 19th at 3:00pm to place your pre-orders. We’ll then run however many orders for each figure that we get during that time period. Once the sale ends, the ability to get those two figures ends. These figures will have stickers on the outsides of their poly-bags which will be numbered #251 and up (the figures that have sold so far are numbered 1 to 250) and will be placed into orders randomly.

We’ve been told by factory representatives that we can have this new pre-ordered run of Power Soldiers & Elite Power Soldiers in our warehouse by mid-November. As soon as we receive them, we’ll immediately begin processing them and shipping them out to customers.

For those of you who have already placed an order through Store Horsemen – some of you were able to order successfully and you were able to purchase one of the 250 pieces that were available. You’ll know who you are when your account is charged later today or tomorrow. For those of you that were able to mistakenly place orders after we’d sold out of our original stock, your orders will still be honored and your account will be charged, but you’ll also receive an email stating that your order will be put on hold, has now become a pre-order and that the figures will ship out to you as soon as they arrive in our studio warehouse. If you’d rather not wait to receive your figures, we’d understand and we’ll be glad to cancel your pre-order and refund your money if you request for us to do so.

via POWER SOLDIERS RE-UP!! As you may know, the… – FourHorsemen ToyDesign.

3 thoughts on “Miss Out on the Power Lords Exclusives from Power-Con? The Four Horsemen Have You Covered”