If you’re not headed to NYCC, then you’ll get your chance at the StoreHorsemen.com. That is, if there’s stock left over from members of the Power Lords Fan Club, who will get first dibs when these go online – if you are into Power Lords, then the fan club is the best bet for getting your hands on the exclusives. So consider this fair warning – I would be surprised if the Four Horsemen extend another Power Lords exclusives pre-order, like they did after Power-Con. 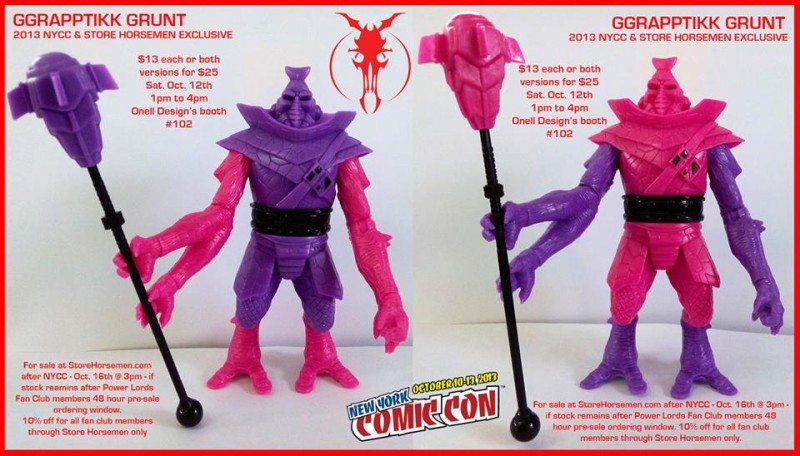 The first variant figures to be released of the Power Lord’s fan favorite character, Ggripptogg, these two Ggrapptikk Grunts feature multiple points of articulation as well as modular playability via the amazing Onell Design’s Glyos “pop & play” system! Each comes with his massive Mega-Mace also featuring Glyos compatible modularity. If you remember the Power Lords: Power Solder & Elite Solder that were shared exclusives for the 2013 Power Con and Store Horsemen from a few weeks back, then you know that you need to get to the Onell Design booth early or you’ll miss out!