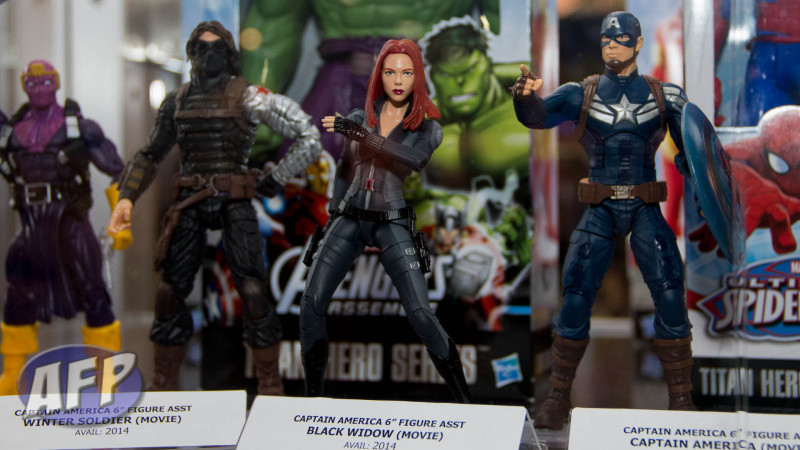 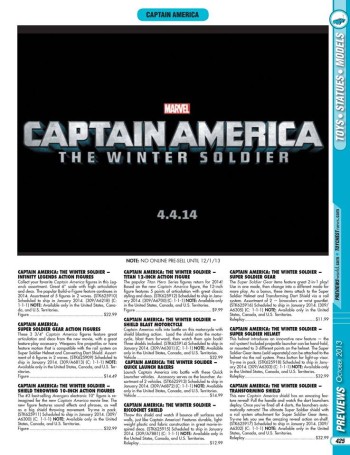 This month’s edition of Previews has got some great new details on the upcoming Captain America waves of Marvel Legends. As we heard from the Hasbro Marvel team at San Diego Comic-Con, Marvel Legends is getting rebranded to the movie properties in 2014. And just as Cap was the “First Avenger,” his line of Legends will be the first rebranded, as “Captain America: The Winter Soldier – Infinity Legends” – yeah, that’s a mouthful.

And that’s not all. Previews reports a five figure assortment split over two waves, with a Build-a-Figure, starting in January. If this is the group we saw at SDCC, then it’s comic book versions of Baron Zemo and a Marvel Now Captain America (not shown above), plus movie versions of the Winter Soldier, Black Widow, and Captain America. That leaves the BAF still to be revealed. Price per figure is still creeping up, at $22.99.

Thanks to Mark Hernandez at the Marvel Toylines group for the Previews info.