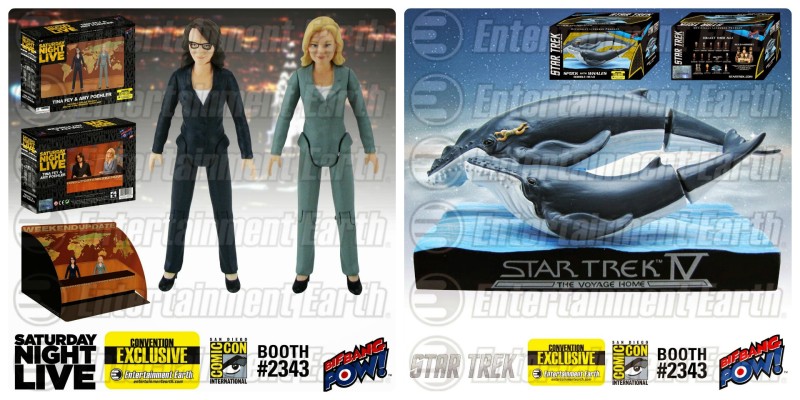 I thought about writing this post in the format of a Saturday Night Live: Weekend Update skit (Really!?! With Tina and Amy) and then reconsidered. It’d have started, “Really, Bif Bang Pow!?! A whale bobble-tail exclusive?” But then I realized there’s many reasons I write about action figures and not comedy.

Bif Bang Pow! revealed a pair of exclusives through Entertainment Earth. The first is a pair of 3.5-inch figures of Tina Fey and Amy Poehler, and their SNL: Weekend Update desk packaging. The second is a pair of whales from Star Trek IV, with bobble-tails and a swimming Mr. Speck – tiny Spock. (I know there’s comedy in there somewhere.)

If you’re not attending the big show, you can pre-order these Con-exclusives at Entertainment Earth. 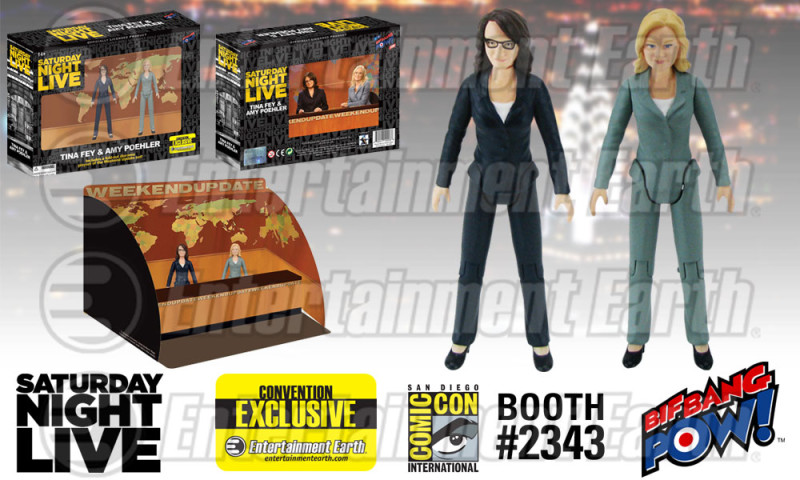 Showcasing the detailed likenesses of both Tina Fey and Amy Poehler, this 3 1/2-inch set of figures showcases the leading ladies of laughter in their professional news anchor attire. The two SNL alumni come ready to deliver the news with the included fold-out diorama of the iconic Weekend Update news desk. This Entertainment Earth Convention Exclusive is limited to just 2,400 pieces.

Space might be the final frontier, but the sea is still just as fascinating. Now you’ll be able to bobble with some beauties of the deep blue sea thanks to the Star Trek IV: Whales with Spock Bobble Head – Convention Exclusive from Bif Bang Pow! 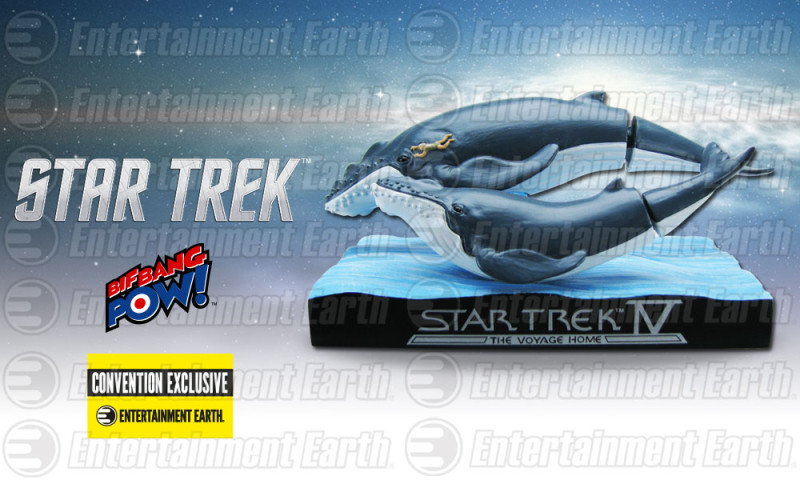 Unlike other bobble heads, the unique aspect of this collectible is the fact the tail of each whale bobbles instead of the head. And, making it a true collectible, the run will be limited to just 1,998 convention-exclusive pieces, each individually numbered.