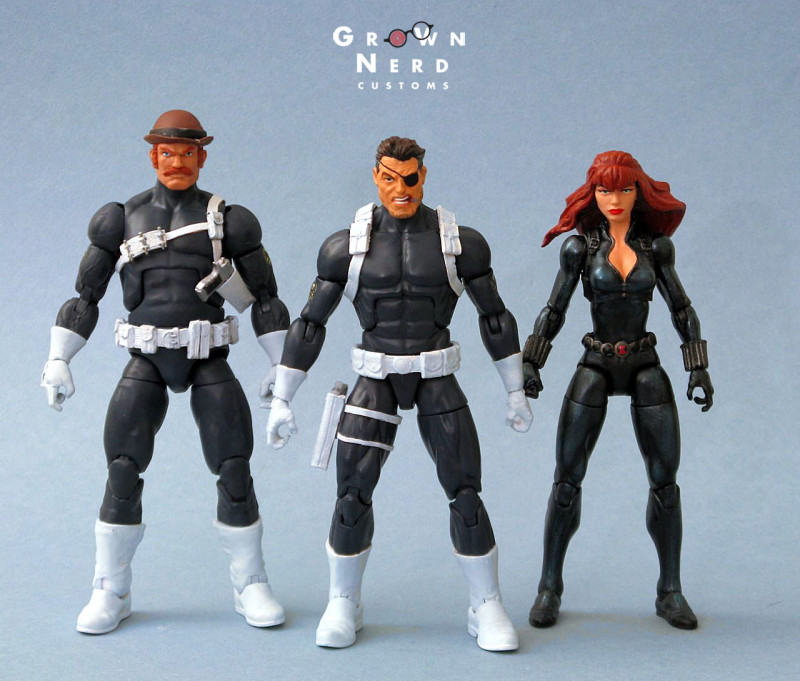 That doofus known as GrownNerd may not know what’s up in general, but he’s a long time nerd so he’s down with what nerds want. And what do you want?

You want a middle aged Dum Dum Dugan that has a belly not unlike your own stout but firm abdomen, not that young Adonis shaped pretty boy from the Twin Packs.

You want a Russian sexpot Black Widow with assets gratuitously displayed, not that disappointingly PG rated movie Natasha with straps and zippers everywhere but all of them strapped and zipped.