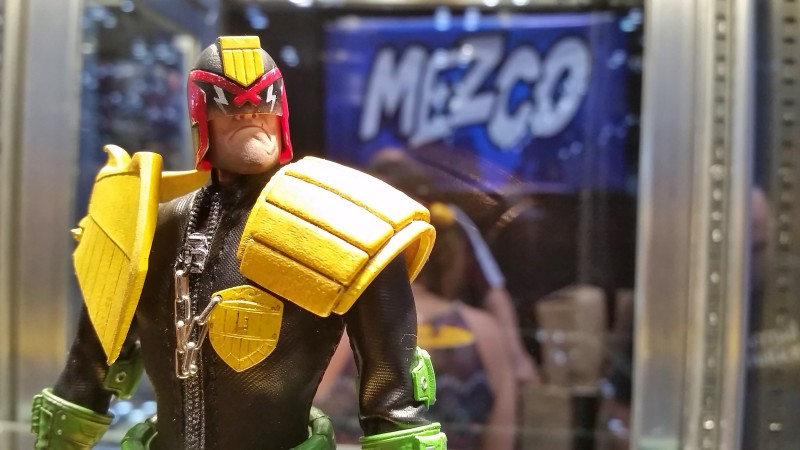 I fell in love with Mezco’s take on Batman from the Dark Knight Returns back at SDCC, and they’ve knocked it out of the park again with Judge Dredd. Dredd is the latest reveal from their One:12 Collective, a multi-license, mixed media, six-inch scale, super-articulated action figure line.

It’s an ambitious undertaking right from the start. It’s tough to get fabric apps to work well in this scale, and to do it over a super-articulated body is a daunting prospect. Batman was shown in a variety of poses and held up pretty well in this regard. Dredd, on the other hand, has been limited to more vanilla stances – so while I’m certain Mezco will get it right, I’m wondering if they’ve still got more work to do to get the figure looking right in more action-heavy poses.

Not sold? Consider this – Mez hinted heavily at SDCC that a six-inch scale Lawmaster could be on the way. Regardless, I’m in – just waiting for Mezco to put Dredd up for pre-order. Mezco recently announced that pre-orders on Batman have been brisk with nearly half the pre-order allocation sold in the first day – despite a $65 price tag – so you might want to get on that now or risk a sell-out. 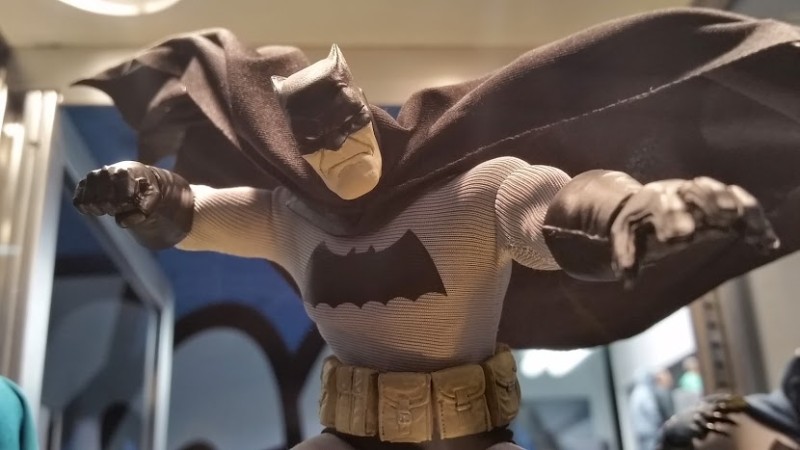 Mezco is my early pick for best in show, with its 1/12 scale, super-articulated action figures. The first figures planned for the multi-license line will be three versions of Batman from Frank Miller’s Dark Knight Returns. Mez was particularly excited to get to make the DKR Bats, which has cloth apps in the 6-inch scale, allowing the line to sail through some crowded licensing waters.

The Batman Dark Knight Returns figures on display are factory samples, so they’re looking pretty good. Mez says there’s still some paint tweaks to be done. With the complexity of the line (around 32 points of articulation with cloth apps in this scale), they’re hoping to get the figures out by 4th quarter this year. Next year, they’re hoping for a figure every other month or so. This will span licenses, which (spoiler) will include Judge Dredd with his Lawmaster… Sign me up!