With all the excitement over Star Wars Episode VII: The Force Awakens, it’s tough to be sitting at home instead of being on the floor at Star Wars Celebration. Luckily, Sideshow Collectibles has posted shots of their booth in the Anaheim Convention Center.

We’ve swiped a few of them for you here, including some life-size stuff, statues, and some of the McQuarrie concept and new 1/6 scale figures, but there’s a whole lot more in Sideshow Star Wars Celebration 2015 Booth Tour. Enjoy!

END_OF_DOCUMENT_TOKEN_TO_BE_REPLACED 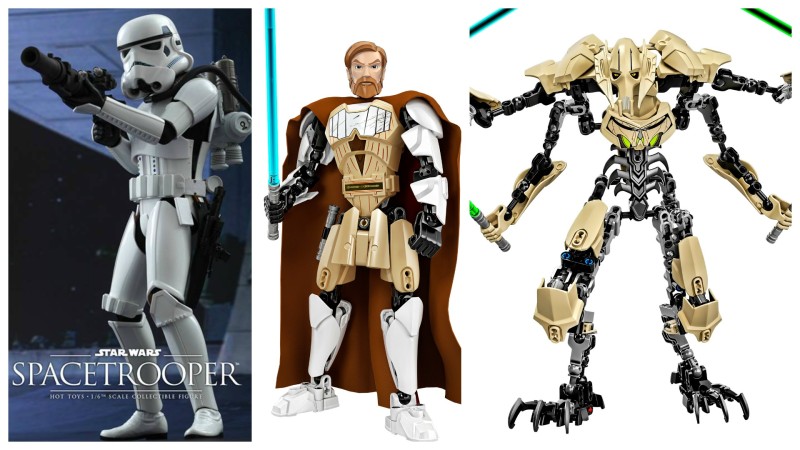 Star Wars Celebration starts today, and while we can’t be there, we’ll do our best to follow the announcements. After all, with Star Wars Episode VII: The Force Awakens coming this year, this promises to be one of the biggest Celebrations yet. All the collectibles companies will be there in force (awful pun intended).

Hot Toys even has a new Stormtrooper created exclusively for Star Wars Celebration. The Spacetrooper was featured in Episode IV – you’ll see them, with their special zero-gravity and rebreather gear, when the Millenium Falcon is dragged into the hangar of the Death Star (“That’s no moon…”) You can pre-order the Spacetrooper Sixth Scale Figure by Hot Toys at Sideshow Collectibles.

LEGO revealed large scale buildable figures at Toy Fair this year, and they’ll have four new figures joining the first two, Darth Vader and Luke Skywalker, at Star Wars Celebration. They’ve sent us pictures of Obi-Wan Kenobi and General Grievous, and we’ll try to hunt down pics of Jango Fett and Commander Coby. These will be available at shop.lego.com and brick and mortar stores in September. [Update: LEGO has sent us pics of a new Tatooine mini-build set.]

END_OF_DOCUMENT_TOKEN_TO_BE_REPLACED 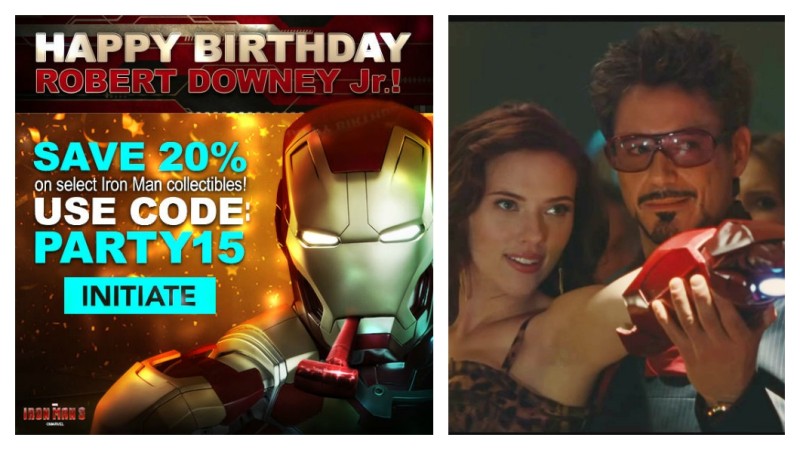 To celebrate the RDJ’s birthday today, April 4, Sideshow Collectibles is running a special 20% off sale for selected Hot Toys Iron Man products this weekend. That includes sixth scale figures like the Mark XXXV Red Snapper, Tony Stark in his mechanic gear, and the Mandarin, as well as several busts from the movie line. (I’m talking Iron Man busts, not ScarJo’s!)

And there’s many other products that come with extra Sideshow rewards points, like the Mark 33 Silver Centurion and Mark 17 Heartbreaker armors with double points. Seventeen Hot Toys Iron Man products are included.

When you check out, use the PARTY15 code. The sale ends at the end of the day on April 6. Happy shopping!