But… if you are, and you also like Star Wars, this deal is about half off the prices I saw doing a quick search. 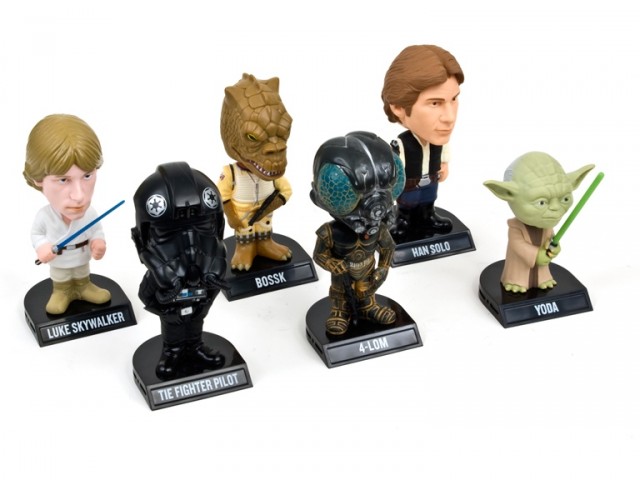 Most items in Gentle Giant’s May sale are 50% off, including the outstanding Hellboy and Abe Sapien animated figures.

Our May month long sale is coming to an end…Here is the list of Sale Items:

Place your order today and take advantage of tremendous savings!

The Star Wars brand team at Hasbro has shared the presentation they made at the 2009 Hasbro Collector – Fan Media Event.

Toy Fair is upon us once again, and the Nerd Herds are underway.

Tis the season…for American Toy Fair in New York City!  As we enter into an exciting year for Hasbro, we would like to extend an invitation for you to attend Hasbro’s 2009 Collector-Fan Media Day event on Saturday, February 14, 2009.  This special invite-only event allows media guests to gather invaluable information from each of Hasbro’s boys brands, engage representatives from each of the brands in a Q&A, and tour the Hasbro showroom to capture photos all the products you’ve been anxiously awaiting to see!

Hasbro has made available press images for each of their collector-based brands: