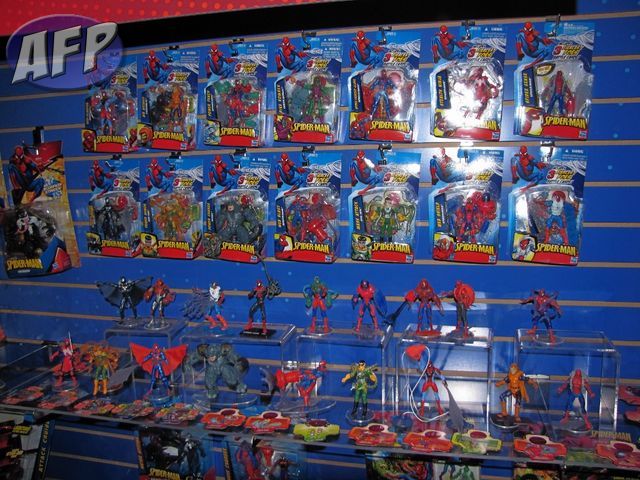 In our third part of our Marvel update from the Hasbro Collectors Briefing from earlier today, we’ll cover the Spider-Man brand.  This will be a shorter update.

With the Spidey 4 movie losing some momentum after being converted into a reboot, Hasbro has focused a lot of its attention on Iron Man 2.  Still, we’re going to see Spidey product on the shelves, in both 3.75-inch and 6-inch scales.

We’ve already seen the first wave of Spider-Man in 3.75-inches on the shelves.  In upcoming waves, we’re going to continue to see a metric ton of Spider-Men in all sorts of flavors, including samurai armor, back packs of all kinds, light up chests and eyes, and gliders. 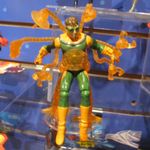 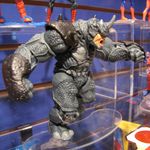 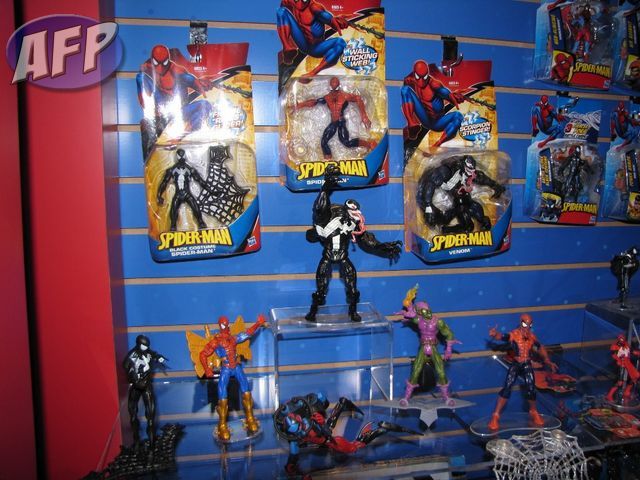 The 6-inch line will also continue.  In the spring, we’ll see some Spideys as well as some reissued villains, such as Carnage, Venom, and Juggernaut.  In the fall, we should see some new figures in the 6-inch scale.

Hasbro also said that the emerging markets will also get some love from the Spidey brand.  Like the Iron Man figures for emerging markets, these will be in 3-inch scale with limited articulation.

Super Hero Showdown is next!