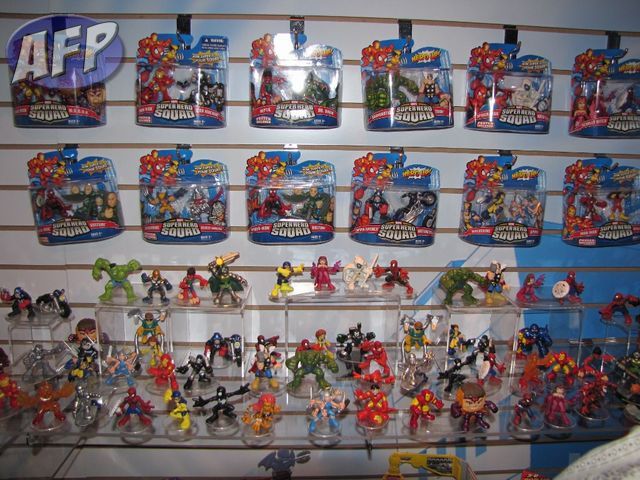 In the fourth and final installment of our Marvel update from today’s Hasbro Collector Briefing, I’ll briefly give you the highlights from this year’s Super Hero Squad offerings.  In short, the year will bring us:

I really wish I had better pics of the individual figures themselves, but all my pics were horribly, horribly out of focus.  I will have the media kit published soon – there are plenty of pics of the SHS figures in there.

For playsets, they had the X-Men’s Danger Room and Dr. Doom’s castle on display. 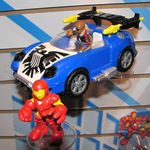 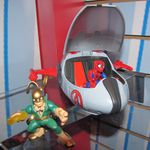 For vehicles, they showed a Quinjet with Spidey and Iron Fist, and a SHIELD car with Iron Man and Nick Fury.  The SHIELD car can retract its wheels for some hovering action.

The crown jewel in the vehicle lineup is the SHIELD Helicarrier.  It features some pop-open action and electronics.

Finally, Hasbro announced that Super Hero Squad will be getting a San Diego Comic-Con exclusive this year.  The 3-pack will include: