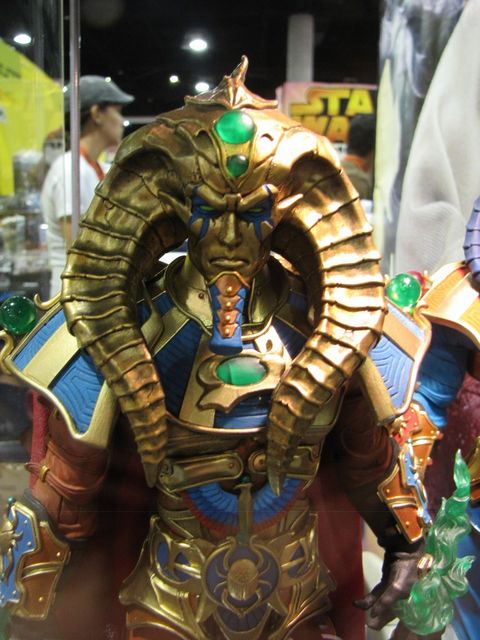 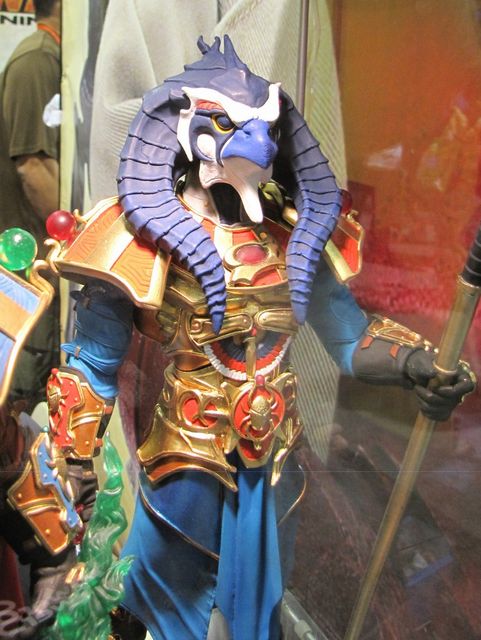 A few weeks back, the Four Horsemen hinted on their Fantastic Exclusive forums that they’d have some news. Today, they shared it with us. Here’s the summary, with the full press release following it:

The Four Horsemen are nearing the end of their tenth year in business, and theyre gearing up to make the next year one of their most productive years ever! Not only are they going to continue to handle the creative duties on Mattels DC Universe Classics, Masters of the Universe Classics, the new Green Lantern Classics and more, but theyre also moving forward with their own popular FANtastic Exclusive project in the fall, preparing for more releases of characters from their fan-favorite property 7th Kingdom, producing the previously mentioned Outer Space Men figures, completely overhauling their internet presence and if thats not enough, theyre going to finally go into production on a long awaited Four Horsemen owned toy property!

Contrary to some internet rumors, FANtastic Exclusive is not dead. Far from it. The fan driven project and the two most recent FAN-Ex winning characters, Scarabus and the Raven, have just been taking a bit of a breather while the Horsemen have allowed the slumping economy to correct itself, and also allowed the Four Horsemen to move ahead on a few upcoming releases that will help them build capital to make the FAN-Ex project possible.

As for Scarabus and the Raven, the Horsemen are once again doing new pricing on the Scarabus figure, having reconfigured his construction somewhat to reflect climbing production costs overseas and the general state of the economy. The current plan is to go into production on Scarabus within the next few months. The sculpting on the Raven is well underway, and some photos of the figure will be part of the launch of the new Four Horsemen website described below.

After five years of handling FANtastic Exclusive in pretty much the same way, the Horsemen have decided its time to mix things up a bit, and are coming up with exciting new and creative ways to get FANatics even more involved with the project than ever before. Not only will fans have more of a say in the actual creation of each new character, there are also going to be extra fan created projects and internet based events to keep you on your toes between voting rounds. Even projects outside of the normal FANtastic Exclusive format, like 7th Kingdom and the Outer Space Men are going to be periodically subjected to the dark whims of the Fantastic FANatics!

To go along with the new approach to FANtastic Exclusive, the Four Horsemen are going to be launching an all new website that will be a central hub for all things Horsemen. The new Horsemen hub will be used to allow the Horsemen more direct fan interaction and also the ability to make sure that news and event updates are done on a regular basis. The new site will also feature FANatic fueled galleries, where fans can submit their own photos and images of Four Horsemen related items to be put on display. The Horsemen expect to have the new website rolling and ready for launch when San Diego Comic Con 2010 begins.

Last, as mentioned above, the upcoming year will see the release of a line of Four Horsemen owned figures that longtime FAN-Exers will be familiar with and are very near and dear to the Four Horsemens hearts. The Four Horsemen will have prototypes of characters from the line on display at booth #4045 at the San Diego Comic Con. More information on this line and a few other surprises coming up in the next few weeks!