Continuing from last week’s Tex Hex & Skull Walker review, we now take a look at the Marshall himself and the largest vehicle from the line, the Stratocoach! 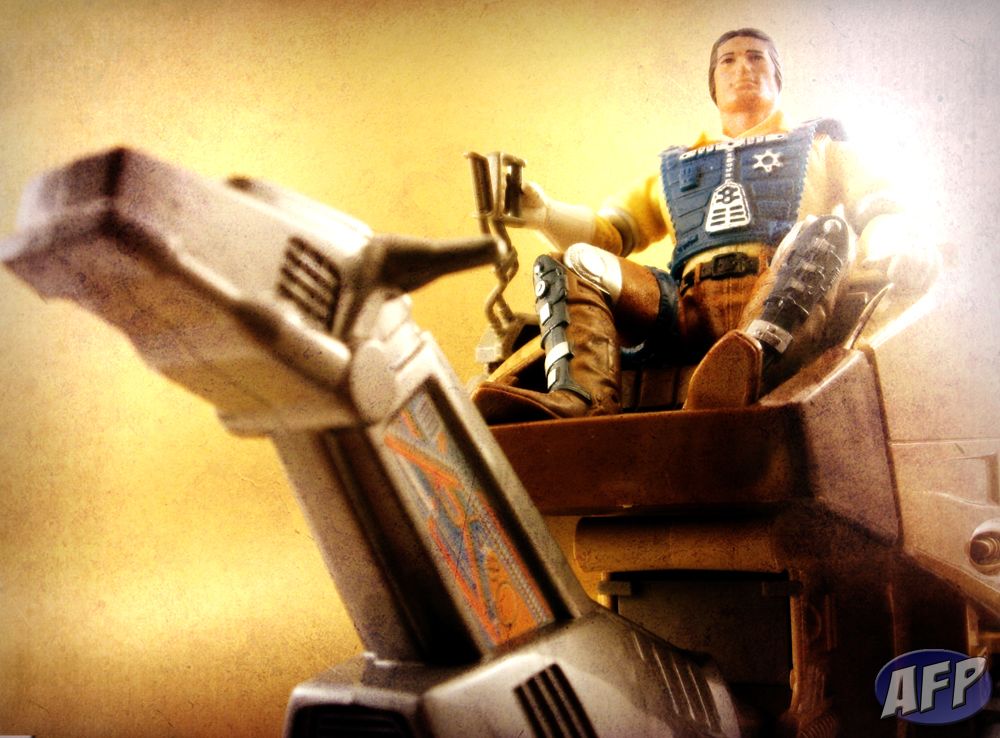 Taking a look at Marshall Bravestar himself (mine is missing his hat and gun accessories) we see that he shares the same basic body as Tex, with new boots, gloves, head and chest harness. Though not entirely accurate to the show, the look of Bravestarr really comes across as a great hero, and the face sculpt, for the time and even now, really captures the strong Native American heritage of Bravestarr.

Now, on to the Stratocoach. This is one heck of a large vehicle, remembering the figures themselves are about 8 inches. The coach comes with some fun paper accessories, mainly a full color comic with foldout poster on the opposite side, and once again, some amazing box art.

Once you have the stickers applied and everything assembles, the Stratocoach is a fairly feature-packed vehicle, with alot of cool little hidden parts. The door on the left side can open up to reveal a nice comfy seat for your figures, and pleanty of room for the included Kerium chest, which can also be attached to the top outside of the coach. There is also a poseable gun on the outside near the driver seat, as well as a hidden compartment for more Kerium nuggets under the front of the driver seat.

The coolest feature is the detachable accessory, the Turbo-Mule. This is seen very often in the cartoon, and is practically a second vehicle in itself. Bravestarr and similar figures can ride the Turbo-Mule and roll across the floor on it’s free rolling wheels. The Mule can go on it’s own or be attached to the front of the coach as a mode of power for the coach. It sort of rests a little lower than the rest of the coach in both modes, so looks a little funny attached to the front.

The Turbo-Mule has it’s own stickers and great details, mixed with a silver plastic that really give it a distinctive look. And although it’s essentially a hollow piece of plastic on wheels, I almost find myself liking it more than the coach itself.

Back to the Stratocoach, the main feature of the vehicle is that it has the standard wheeled mode, but with the pull of the lever on back and a quick push of the locking mechanism, it becomes a Delorean-esque hover-vehicle. This is my preferred mode for the vehicle, as it’s more futuristic looking, and the wheeled mode doesn’t quite sit correctly. When in hover-mode, you can also pull out the driver seat to create an opening for the driver to sit inside the coach and look out the front like a window.

Bravestarr really was an amazing show, with an even greater toy line. Even though there was only one wave of figures released, and only a handful of vehicles, I feel this line really pushed the limits of detail, articulation, and value at the time, and paved the way for modern figure technology that we take for granted.  If you happen to come across a Bravestarr figure or vehicle, don’t hesitate to pick them up, you won’t regret it. Until next time… 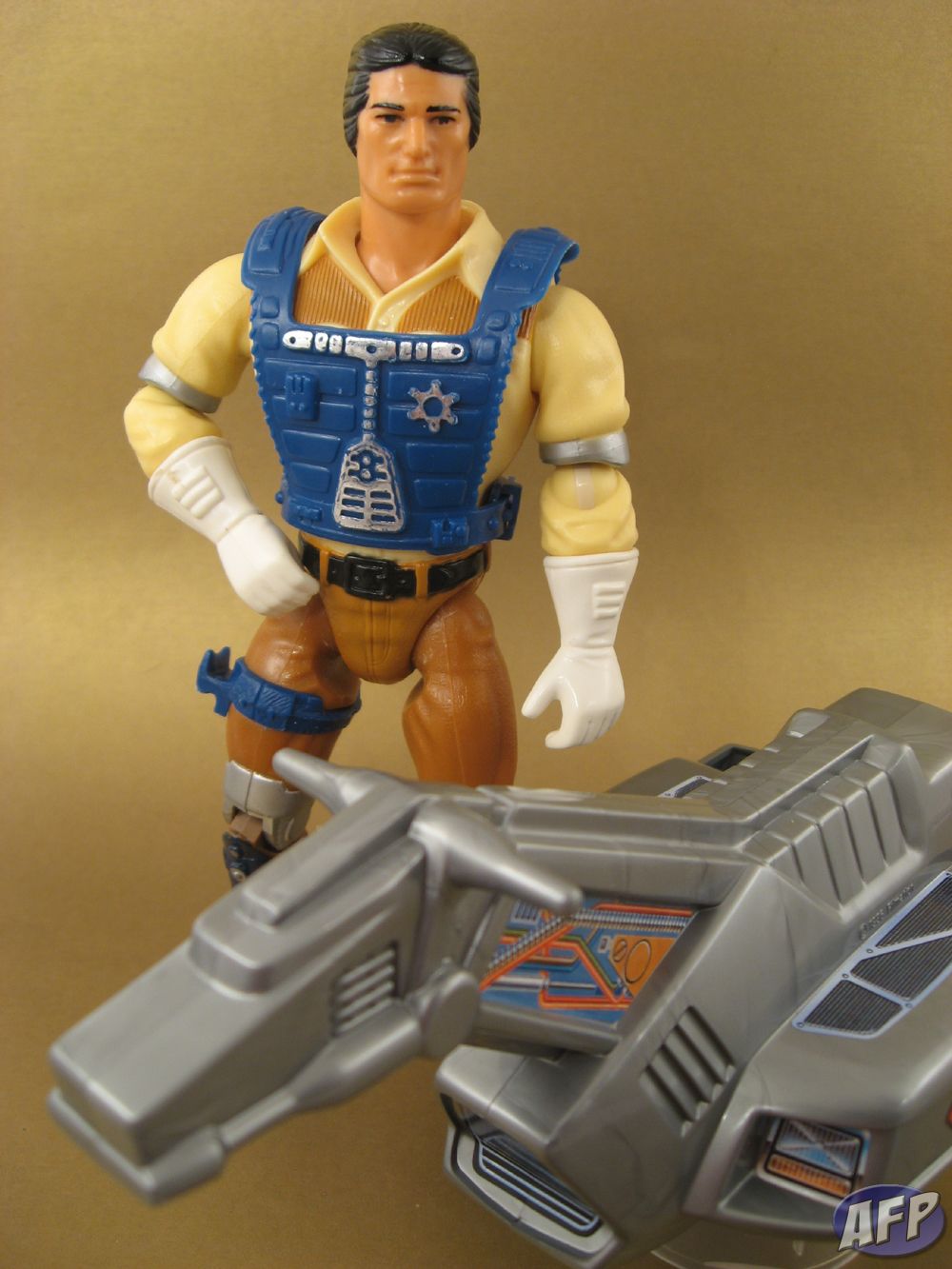