The folks at 3A Toys had been saying for a while that they’d have some exclusives for San Diego Comic-Con, and they’ve revealed the first, with IDW, the folks they partnered with for the first WWRp Bramble. That Bramble was also an exclusive at SDCC, a couple of years back.

In their blog post, they reference the NW (Night Watch) colorway, but the pic is clearly labeled Day Watch and shows that colorway. But you can’t really have one without the other, right? 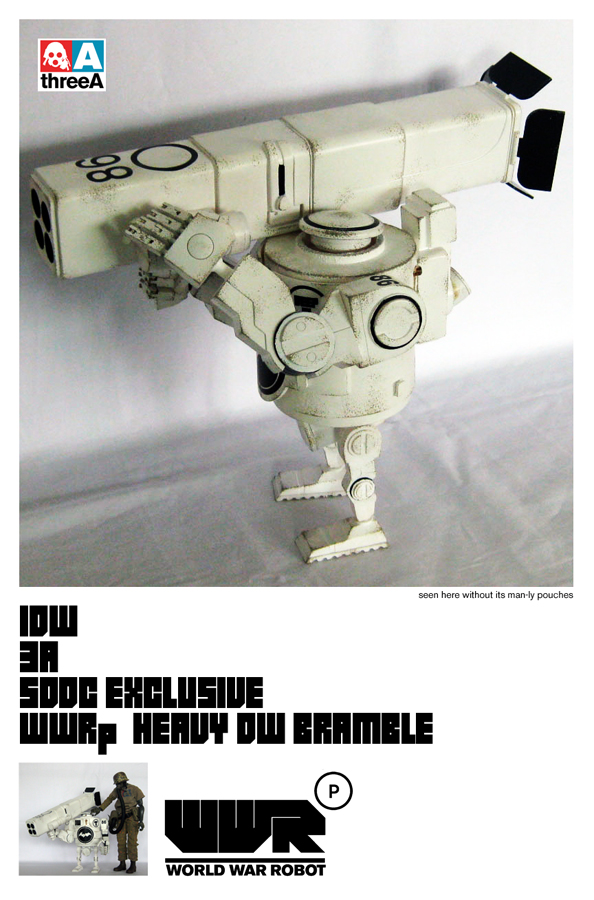 IDW will be selling these at SDCC etc, 3A doesnt know what their selling practices are for SDCC, so email Ted Adams ( or tweet him, his favorite way to be poked ) and ask him!

The image has NW HEavy Bramble nekkid not sporting his tough guy pouches etc. We will have two 3A exclusive toys that will be available online and the show ( limited amounts for both etc ) more on them soon !