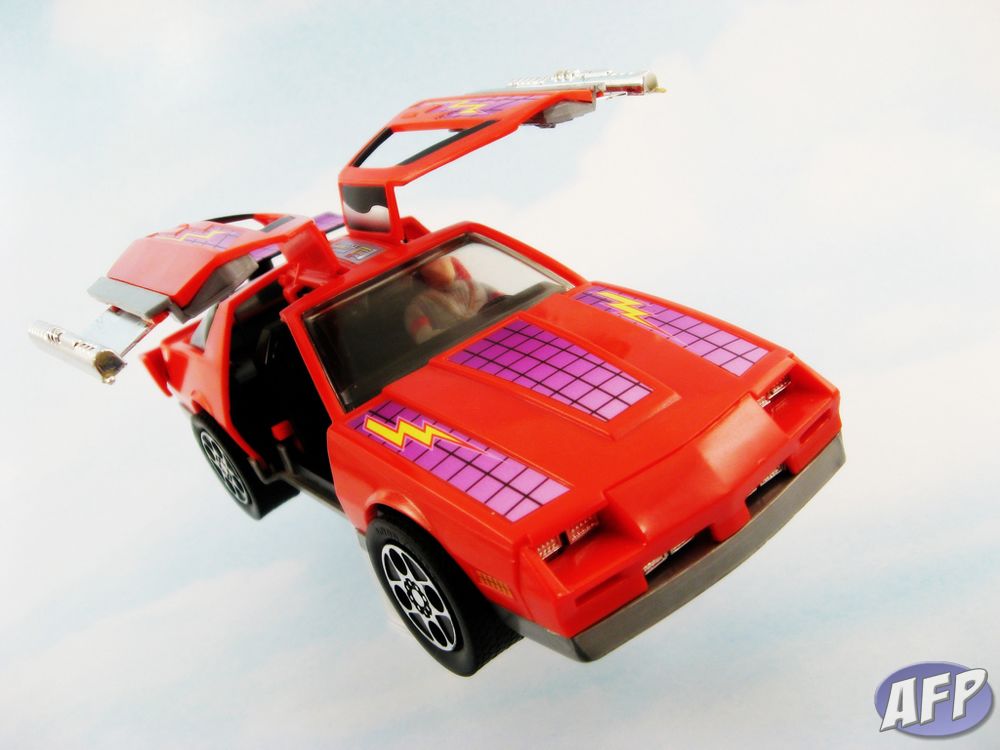 One toyline that I’m sure every kid at at least one toy from in the 80’s was MASK (Mobile Armored Strike Kommand). The toyline began in 1985 from Kenner, followed with the cartoon in 85 and 86.  MASK was Kenner’s attempt to mash together two of their most popular properties; Transformers & GI Joe.

The MASK figures and show were very similar to GI Joe in that they were a high-tech organization fighting off a high-tech terrorist organization. The Transformers part came in with the vehicles and technology, as each vehicle had hidden weapons and features that were not immediately apparent in vehicle form. The most popular and main toy of the line was the Thunderhawk.  Based on an 80’s Camaro, the Thunderhawk had awesome 80’s decals and cool Delorean-like gullwing doors!

Mine shown below has reproduction labels from StickerFixer, which are very nice, though they have raised ink & foil, not seen in the originals. But it is nice to know there are replacements out there, as most Thunderhawks now have damaged stickers.

The Thunderhawk comes with the leader of MASK, Matt Trakker. The figure is basic, with arm, hip, head & knee articulation. The main feature of all MASK figures is that they each came with their own unique Mask, or helmet. Matt Trakker’s mask has 2 variations, as they added longer parts that go over the chest in later releases, presumably to help keep them on better and make them harder to choke on. 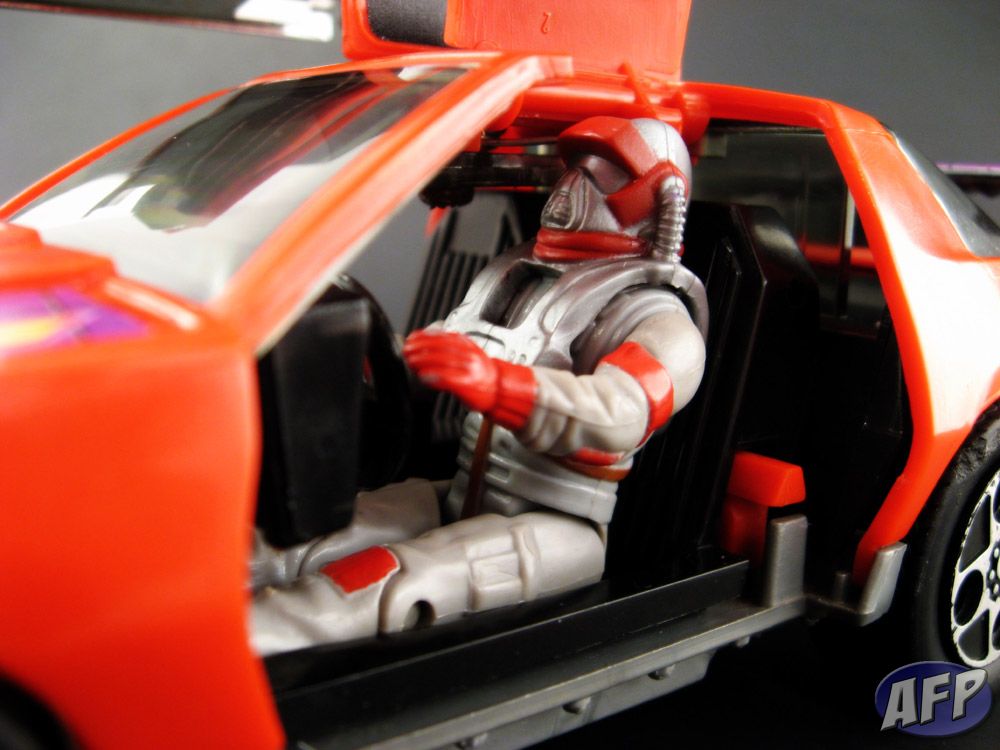 The coolest feature of the vehicle is the main one, the pop-out weapons. The Thunderhawk has quite a few features. When a button in the roof is pushed, the wings pop open, the back spoiler pops up, and the bumper moves up revealing rocket boosters. These boosters then become buttons to remove bombs from the bottom of the car (mine are missing), and the doors have pull-out wings with cannons on them.

This particular toy holds a place in my heart, as it is once more a toy I had as a child and fondly remember. However, it is harder to track down complete than some others I have featured here. The bombs are usually lost, and since there are so many parts, they are usually missing. Mine in particular is missing the bombs and seatbelt. But if you can get the basic car with the doors in-tact, you should have pleanty of fun without the other parts.