In 1992, Kenner brought a “Rated R” movie franchise to the toy aisles, and elementary school playgrounds were never the same. 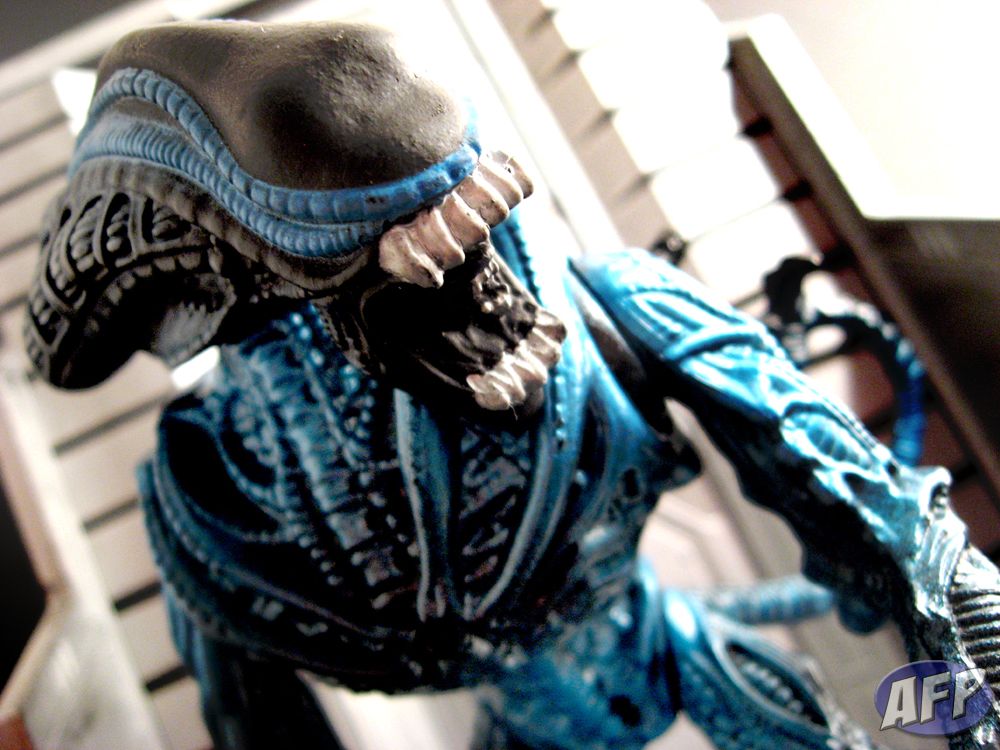 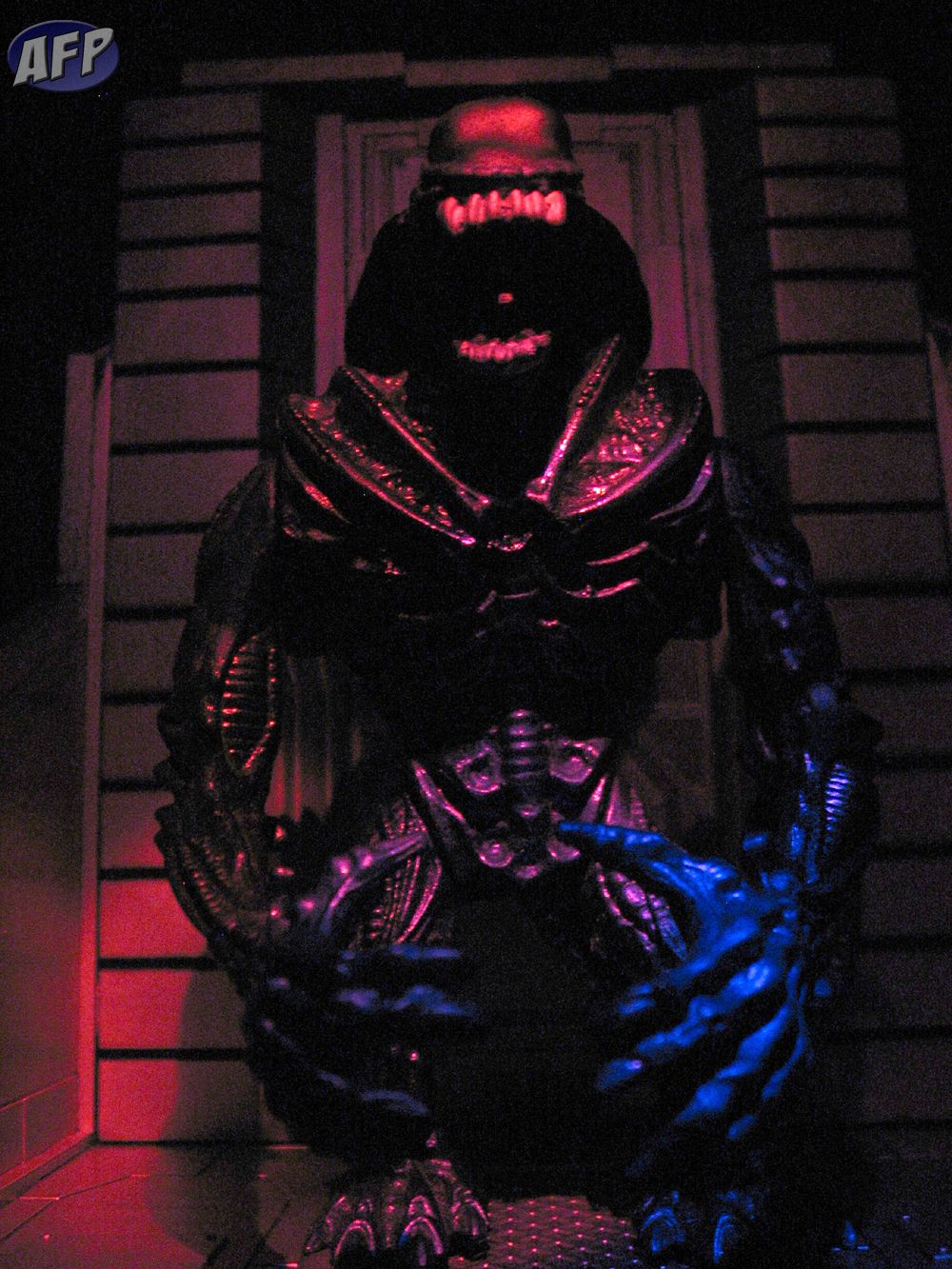 This is another figure & toyline that is close to my heart. I can remember summers back in 92, playing at the school playground in 3rd grade with my friends and their Aliens toys. I had this particular figure, the Gorilla Alien, a few others like the Bull Alien, and the attack Evac Fighter, which was amazing. Today we take a look at the Gorilla Alien from the first wave of figures.

For a line based on an adult-aimed film, the property lent itself amazingly to a toyline.  Kenner went off of the concept that the Aliens would take on the characteristics of the creature that was it’s host. Gorillas, bulls, mantis’, snakes, etc. Add that great concept with amazing sculpted detail and cool action features, and you have a very unique and fairly successful line of toys.

I am missing the little rubber facehugger accessory that came with the figure, however it still has enough cool action features in itself. Firstly, the large head is made of hollow rubber. Dip it into some water, squeeze to load up, and now the head is a water-squirter, to shoot those pitiful marines with “acid!”

Secondly, the two bones on the back are actually levers, which when squeeze, make the large Gorilla-like arms spring open and closed, perfect for grabbing more helpless marines and pulling them off into the darkness.

Here is a closer look at some of the sculpted details on figure. For the time, this sculpting was amazing, and still is. All of the details are there, and the spray paintjob of metallic blue against gloss black really helps bring the details out. This carried throughout the line, with sprayed translucent plastic and hyper-detailed sculpts.

I may be biased since this line was part of my childhood and I can still remeber playing with these toys, but I’m fairly certain any fan of Aliens or Predators would find something to like in this line. Sure some of the poses and scale are a little off, and they do have that 80s-90s stocky build, but for what they are, they are incredible. The line lasted 3 years, and even had a resurgence in the late 90’s with a few assortments of Kay-bee Toys repaint exclusives & new figures with “Alien Hive Wars”. 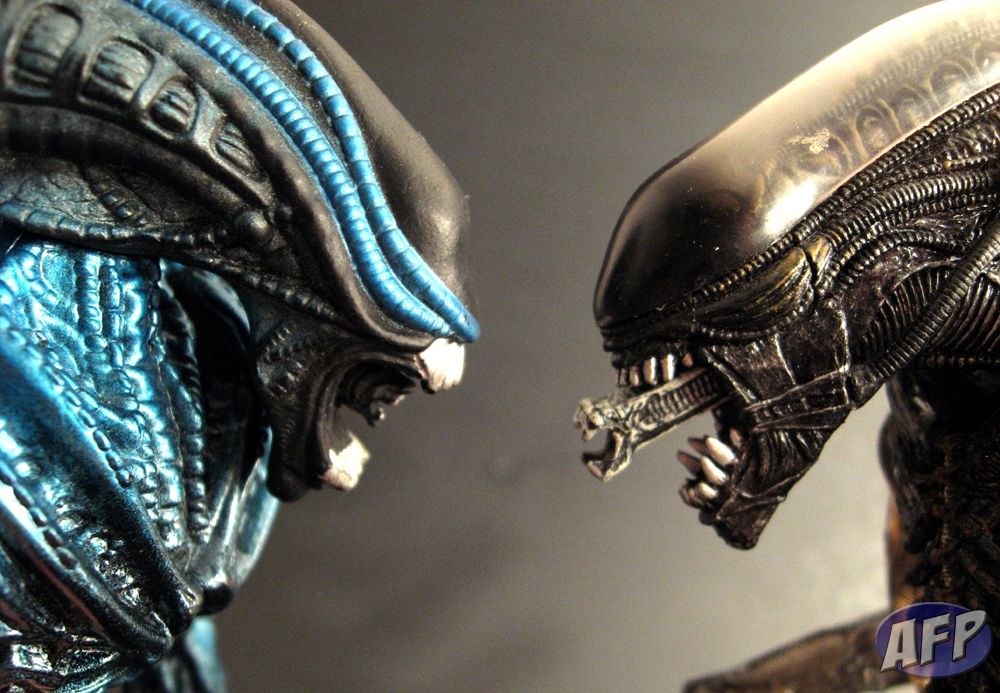 Thanks to Toy Archive for some of the historical info.